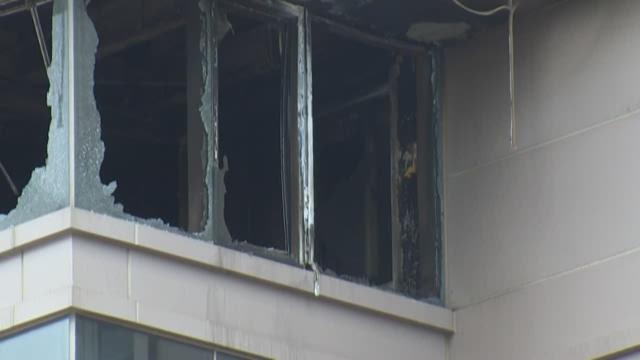 HOUSTON - Fire crews battled a two-alarm fire at the Chinese Consulate in Montrose on Sunday afternoon.

According to the Houston Fire Department, they responded to reports of a fire around 1:30 p.m. at the building located in the 3400 block of Montrose near Hawthorne.

HFD says the fire was contained to one room on that floor. The floor apparently has some residential areas.

There were people inside the building, but they all made their way to safety. No injuries were reported.

With the fifth floor windows blown out, the corner of Houston’s Chinese Consulate is now the focus of an investigation.

“The cause of the fire is still under investigation so we are still waiting for the final report from the firefighters," Deputy Consulate General Yu Wang said.

Wang says all of his members are okay, just shaken up, after a two alarm fire burned through a portion of the top floor.

“We thank you for the efforts, especially the Houston firefighters. They came in time, and with our assistance, they put down the fire in a very professional and quick way. We thank you," Wang said.

Houston Fire Deputy Chief Blake White says it was an unusual fire to fight in that the building that’s surrounded by barbed wire and barred up windows is property of China. However, since it was a fire, White says crews didn’t need permission to enter, but their access was limited.

“They seem to be concerned with certain areas of the building. So we wanted to obviously try to make them happy with what we were doing and not get in areas they wanted us not to be in but we had to get them out of harm’s way too though," White said.

Wang said the room where the fire started was inhabited by a member of the Consulate.

“We are still having the investigation, and anyways it’s an accident. So our attention should be paid more to comfort the relevant members and to trying to find out the cause," Wang said.

Firefighters say they had some trouble getting people to evacuate initially, but Wang says he believes there was just a communication barrier. He says the family that occupied that room will now be relocated.