10 people were displaced; 2 firefighters were injured battling the blaze that took an hour to bring under control 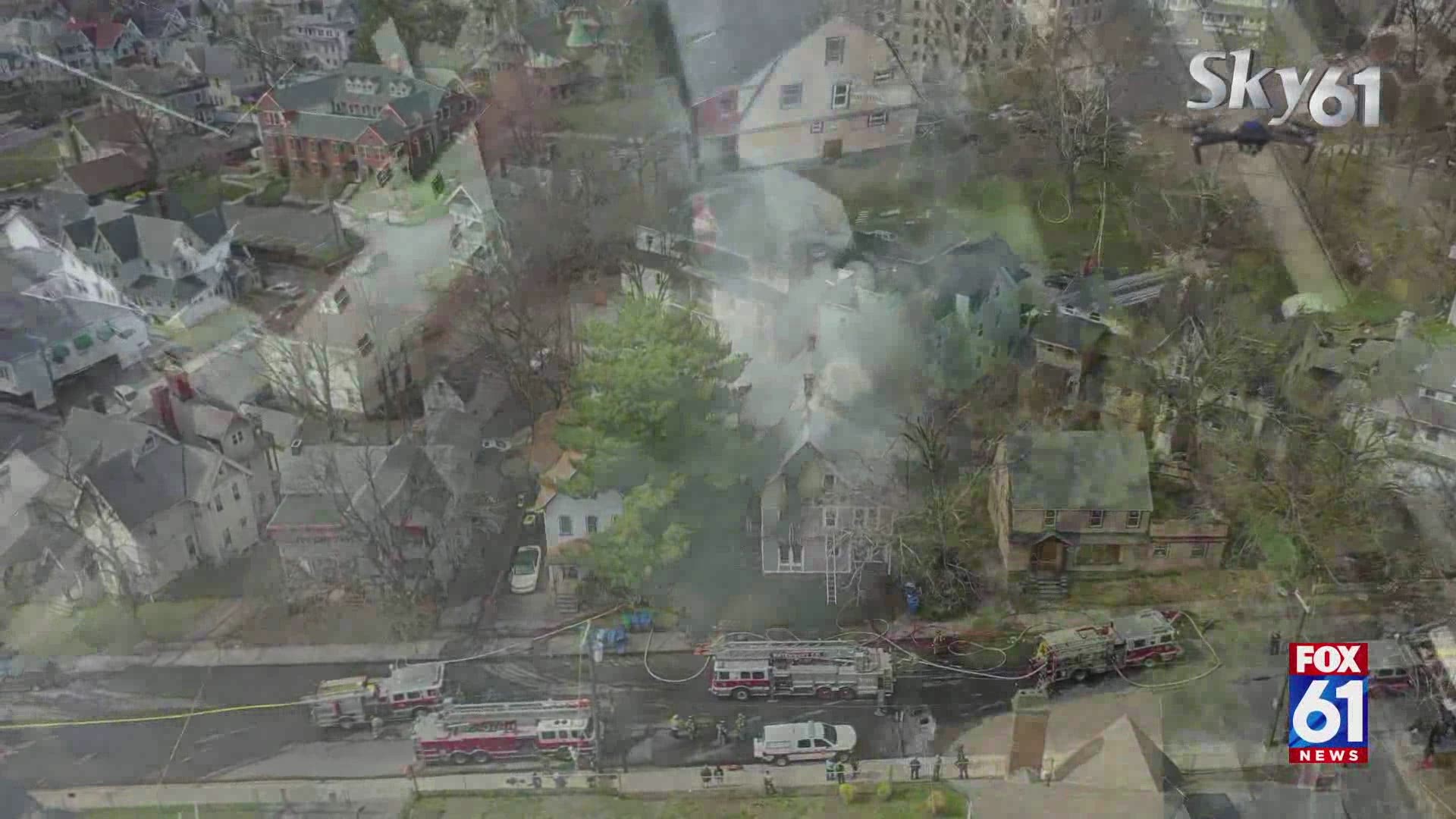 The call for a fire at 65 Pine Street came in shortly after 2 pm. Firefighters found heavy fire on the first and second floors of the multi-family home. Initial reports said people were trapped inside, but firefighters searched the building and found that 9 adults and 1 child had all gotten out safely. Unfortunately, 2 dogs and 2 cats perished in the blaze, which took six engine companies an hour to bring under control.

One firefighter was injured in a fall – he’ll be OK but has been taken off duty until a doctor clears him. A deputy chief dislocated his ankle but was able to put it back in place and stay on the scene.

The Red Cross is assisting the displaced families. The cause of the fire is under investigation, but is not considered suspicious.

RELATED: As COVID-19 sweeps through the state, first responders stay on the job

RELATED: Waterbury schools continue to serve during the shut down