The goal is to support recreational fishing and fisherman in Connecticut which bring about half a billion dollars to our economy every year. 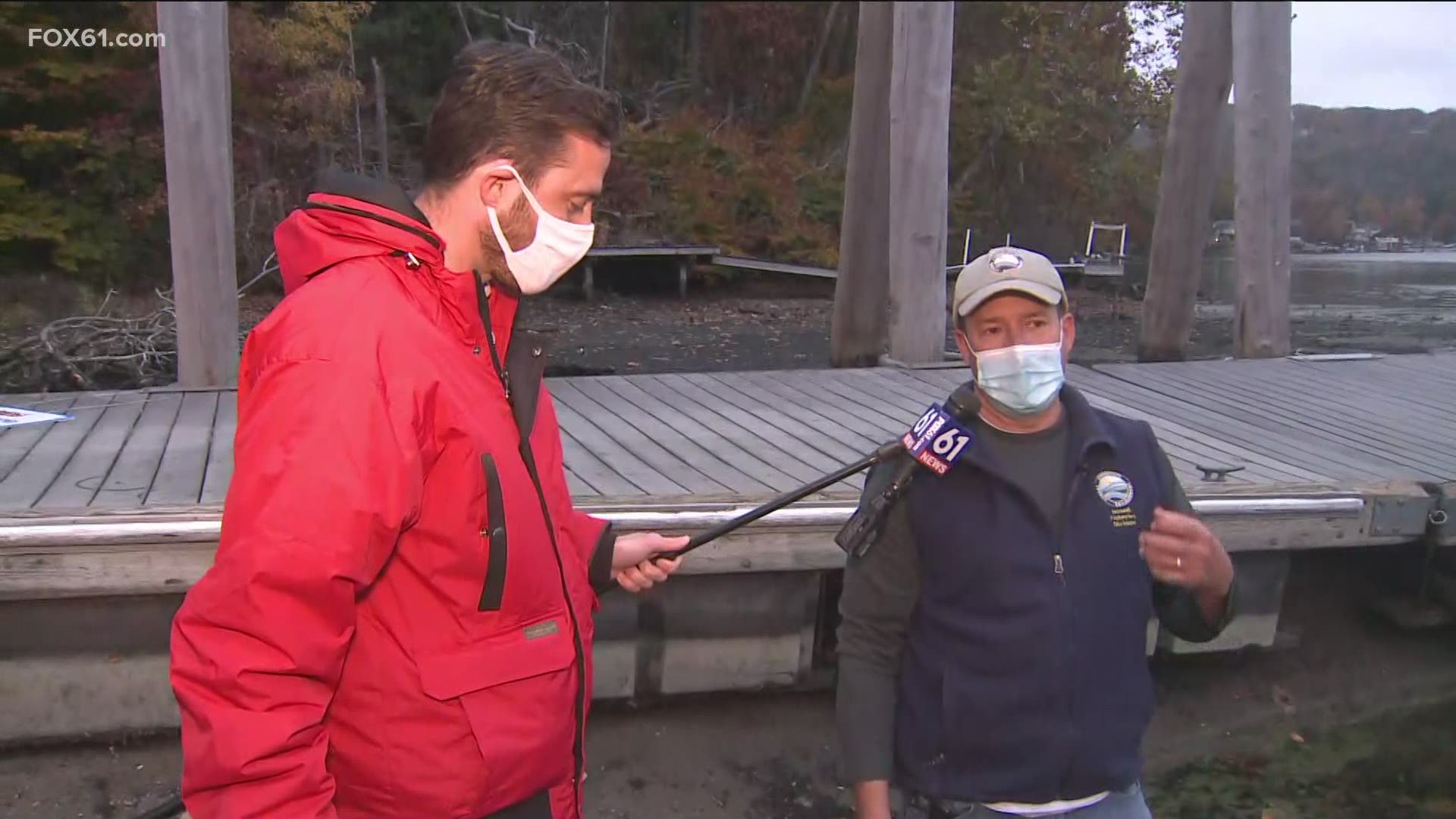 SOUTHBURY, Conn. — Fisheries biologist Mike Beauchene spent the morning surrounded by Walleye, “They are about 4-6 inches long, so they are not all that impressive, but they are voracious predators so once we put them in the lake they are going to grow really well,” says Beauchene.

Monday he joined a team from DEEP at Lake Zoar in Southbury to restock the water. “ The goal is to support recreational fishing and fisherman in Connecticut which bring about half a billion dollars to our economy every year, and walleye is a very popular sport fish that our anglers like to pursue,” he says.

The lake is one of about a dozen spots around the state where crews delivered roughly 30,000 fish. The walleye had quite the journey, starting off at a hatchery in Minnesota. Fisherman Sig Holme drove them here over the weekend, “Once they are loaded, they are good to go, make sure the oxygen is on them and blowing, make sure the pressure doesn’t drop on them, keep on trucking, keep on moving and they do pretty well,” says Holme.

Holme says he was happy to add Connecticut to his fall bucket list, It is a nice trip out here, you get the fall color tour, a lot of people would die to have this tour and come out this way,” he says.

An effort Beauchene says is all worth it when he hears from families after a big day on the water. “To me it is when people send a picture in to our social media or website that shows their family with smiles on a fish that they caught that’s their best fish that they’ve ever caught,” he says.