A woman remains hospitalized with serious injuries. Police said speed was a factor. 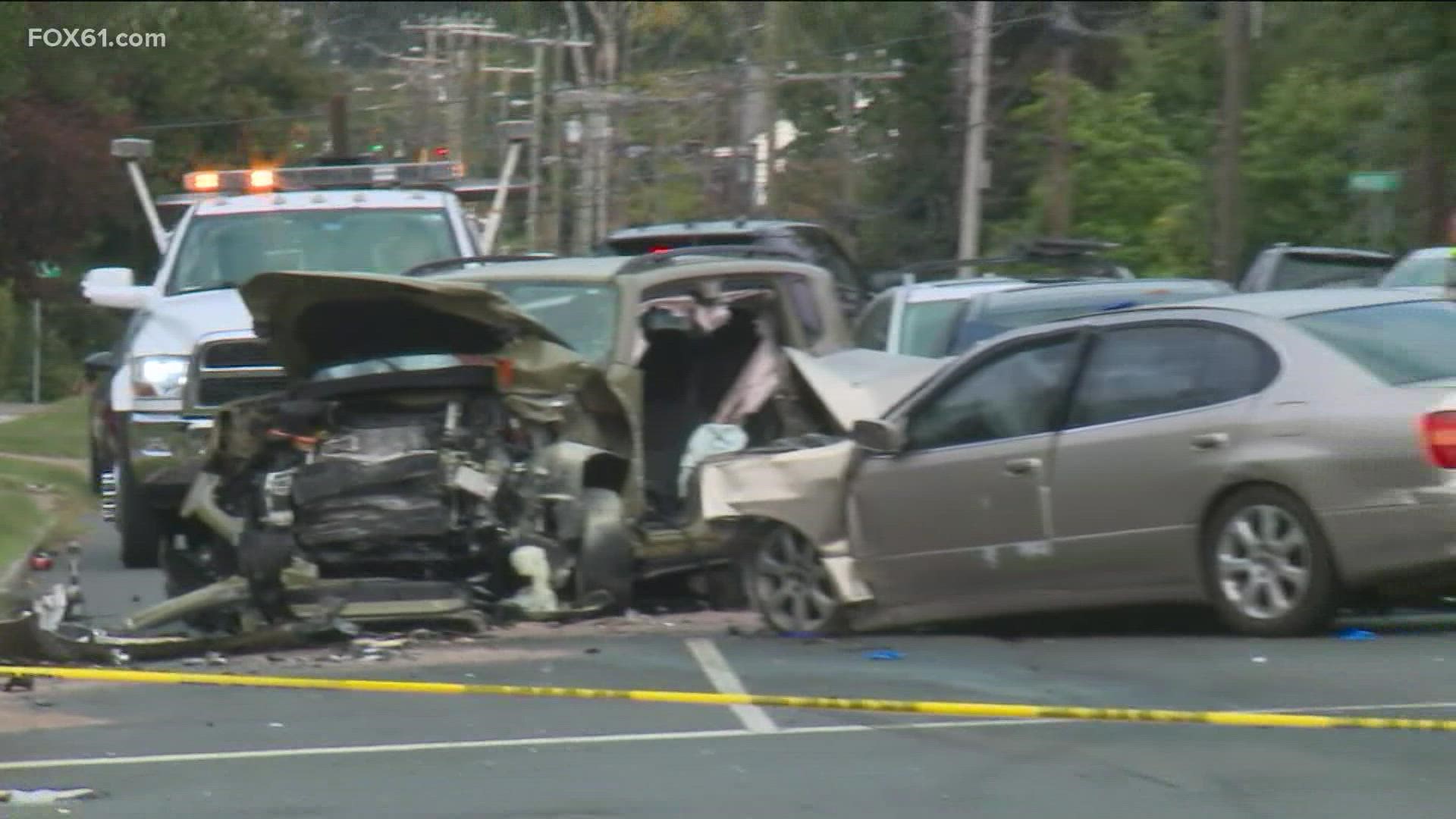 Police were dispatched to West Center Street near the intersection with McKee Street around 2:45 p.m. on Tuesday after a report of a four-vehicle crash with injuries.

RELATED: Pedestrian killed while walking on I-84 in East Hartford

Four occupants of the vehicles were transported to area hospitals with injuries, two of which had life-threatening injuries.

Police said Wednesday that 40-year-old Vere Viera, of Hartford, died of his injuries at Hartford Hospital. A second person, a woman, remains hospitalized with significant injuries.

The other two people injured - an adult woman and man- have since been released from the hospital.

A preliminary investigation found that one vehicle traveling eastbound on West Center Street when it traveled into the oncoming lane of westbound traffic, striking a vehicle head-on.

Two other vehicles traveling westbound were then also struck.

Police said Viera was the driver of the eastbound vehicle. The female driver who is still hospitalized was in the vehicle that was first struck.

Speed appears to have been a factor in the crash. It remains under investigation.