Elizabeth Cameron said she received the shock of her life when she went to pick her kindergartener up from his after school program on day two. 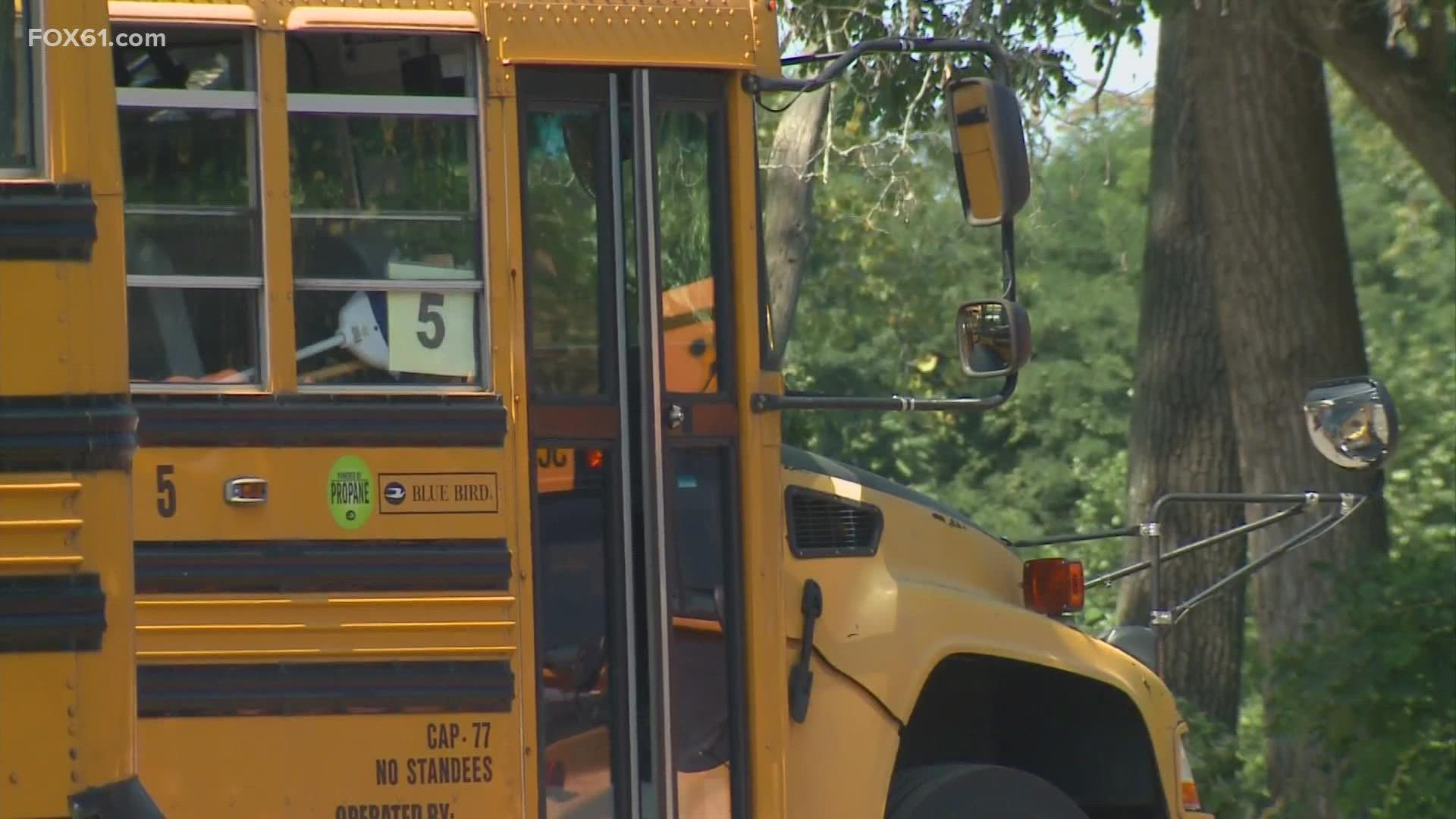 SHELTON, Conn. — 5-year-old Mark Cameron is now in the big school, but on his second day, he was let off the school bus at the wrong stop.

On his first day of school, Mark got off the bus where he was supposed to: the Boys and Girls Club of Shelton, for their after school program.

RELATED: School bus driver crisis in Connecticut might get worse before it gets better

However, his mother received the shock of her life when she went to pick her kindergartener up on day two.

"After 20 minutes of waiting there, they were like 'oh he’s not here and he’s not at the school,'" Mark's mother Elizabeth Cameron told FOX61. "So immediately I was like, OK what do I need to do to go find him?"

That's when she said her mother-in-law called to say the 5-year old was at home by himself.

Luckily, neighbors spotted him walking along the sidewalk, and guided him back to his house.

"He was fine," Cameron said. "He was super excited because he got to walk up and down the street like a little big boy."

Then, his mom reached out to the person in charge of the city-run Shelton Student Transportation Services.

"He was not super helpful," Cameron added. "He was like 'oh you know I am looking into it."

She said that's not what she needed to hear, so a bit later, she decided to file a police report.

The school's principal and a teacher checked in, but Elizabeth had already decided Mark would no longer take the bus.

"I continue to ask, what are the pick up procedures, what did I miss?" Cameron said. "And no one wants to give me an answer."

She told FOX61 that she saw the bus driver responsible for the mix-up driving other kids to school, and she's not happy about it.

Neither the Superintendent, nor the person in charge of student transportation responded to FOX61's request for comment.

Cameron said her son was even wearing a name tag which read where he was supposed to be dropped off.

She added that she remains unable to find the training procedures and protocols the drivers are expected to follow.