600 Connecticut kids bike, run, and swim to the finish line at #Race4Chase in Southington

The program was founded in honor of Chase Kowalski, who died in the Sandy Hook tragedy at the age of seven. 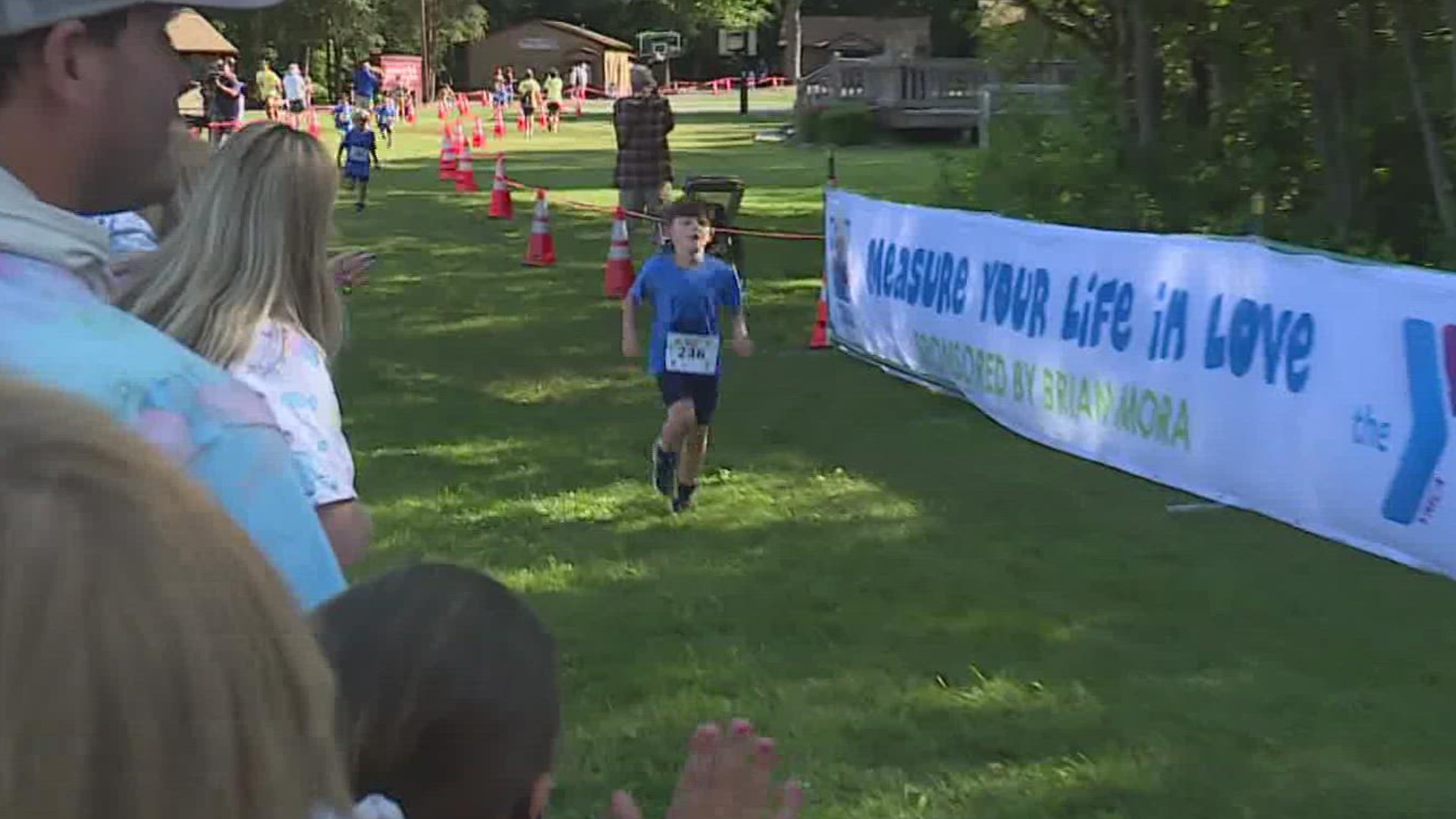 SOUTHINGTON, Conn. — Hundreds of kids from across Connecticut came together in Southington Saturday morning for the finale of their Race4Chase Triathlon program.

The program was founded in honor of Chase Kowalski, who died in the Sandy Hook tragedy at the age of seven.

"Chase was a triathlete at 6-years-old and it gave him a huge self-esteem boost. He had a speech delay, so when he came in and said, 'Mama, I want to do that thing where you swim, bike, and run,' and I looked at him and I said 'Chase, that's a triathlon. They don't do that for kids, and he handed an iPad over to me and said, 'Google it,'" said Chase's mother Rebecca Kowalski, who founded the Chase Michael-Anthony Kowalski foundation alongside Chase's dad Stephen. The foundation funds the Race4Chase program.

The foundation provides grants to 16 YMCAs throughout Connecticut as well as the Newtown Community Center to host free, six-week camps for kids ages five to 13 where they receive training to be triathletes.

"We're changing the lives of children and their families," said Kowalski.  "We're teaching them life skills of swimming and riding a bike and running. We are teaching them about food and nutrition."

"Chase was so proud of finishing and actually winning his age group in his first triathlon at six-years-old and that experience is great for other children," said Kevin Grimes, Executive Director of the Chase Michael-Anthony Kowalski Foundation.

About 600 children gathered at Camp Sloper to a run a real USAT-sanctioned kids' triathlon.

"Which amounts to a few laps around the pool, the lake here, and then a mile-and-a-half to two-mile bike and then a mile run at the end," said Grimes.

"I'm looking forward to all of it. I love all of them equally. It's just so much fun doing the race," said triathlon participant Trevor Rostowsky of Bethany.

However, the real takeaway from Saturday's race can't be measured in miles.

"We don't get to see Chase grow up, and we see these kids and some of them come back year after year and we get to see them grow up, and it's been amazing," said Kowalski.

This is the eighth year the event has run.

Race4Chase has grown outside Connecticut with 13 other sites in Rhode Island, Massachusetts and South Carolina.