Hartford Police Chief Jason Thody said his phone slid off the center console, leading him to swerve his SUV. 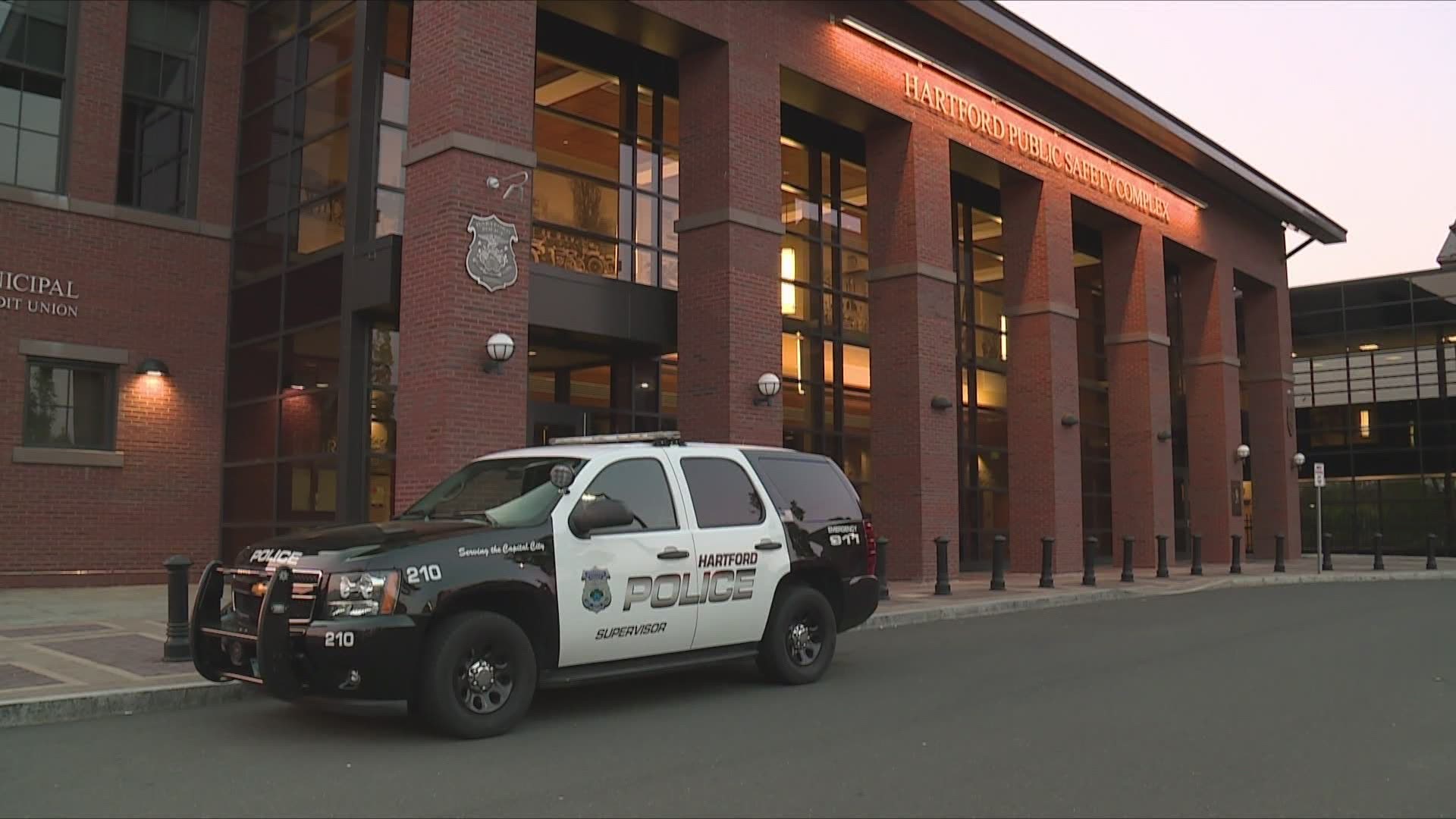 HARTFORD, Conn — A man following Hartford Police Chief Jason Thody in the Chester/Haddam area on May 31, told dispatchers the black Chevy Tahoe was "driving all over the road."

Thody has been under investigation by Connecticut State Police after sideswiping a guardrail at the end of May.

Connecticut State Police released the 911 call recordings Tuesday “in the interest of transparency.” FOX61 had previously filed a Freedom of Information Request for all recordings pertaining to the investigation into Chief Thody.

The caller spoke with three 911 dispatchers for over 10 minutes as he watched  the vehicle he identified as law enforcement, continue erratically northbound on Route 154. The car was being driven by Thody on his way to a Hartford protest on May 31st around 4:50 pm.

"There's a law enforcement agency guy in front of me who is intoxicated. He hit the guardrail on 154," said the caller. "Then he went up and he couldn't keep the car between the yellow and white line."

The caller seemed familiar with law enforcement of public safety vehicles and noticed the black Chevy Tahoe was outfitted with police lights and a GPS unit on its roof. The caller told police that he was following the Tahoe at around 60 miles per hour and couldn’t keep up. “He’s going like a bat out of hell,” the caller said. “I watched him bounce off the guardrail at about 60 miles an hour.

The caller told dispatchers that the Tahoe almost hit a motorcycle

In an investigation conducted by Hartford Police at the request of State Police, Thody stated he was reaching for a cellphone when he struck the guardrail on the passenger side.

"Fundamentally, the 911 call confirms the basic facts that we knew and that Chief Thody reported," said Mayor Luke Bronin.

Bronin stood by Thody after listening to the tapes and his discussions with Thody and investigators.

The HPD report states Thody did not contact State Police immediately because of the importance of getting to the protest and because of the minor damage the accident caused.

Thody released a statement Tuesday regarding the incident:

“While I don’t regret prioritizing my swift return to Hartford in response to the protests that day, I very much regret allowing myself to become distracted and not driving more carefully,” said Chief Thody. “And while there was no damage to any state property, I also regret not calling the State Police that day to notify them of the incident. I had returned to work the day before this incident for large protests that came to the public safety complex and closed roads, and I spent a large part of Sunday the 31st planning for protests that were scheduled for Monday, June 1st. I was on the phone regularly throughout the day with staff and community members and I wanted to ensure that the peaceful protests in Hartford did not escalate the way they did in other cities, where other departments ended up using pepper spray and making many arrests. I made the proper notification to my supervisor that same day, documented the damage for city purposes, and asked my staff to complete the necessary departmental paperwork.”

“My focus on that day, and the stressful days that followed, was admittedly not on the damage to my vehicle, and that resulted in some careless reporting and miscommunications between me and my staff that created unnecessary confusion,” continued Chief Thody. “I take full responsibility for my decisions, and I will accept whatever discipline the Mayor deems appropriate. I am proud of our track record as a Department through all of the challenges we have confronted recently, and I attribute that to everyone’s dedication, professionalism, and commitment to our community. I am sorry that this incident has taken the spotlight away from the good work our officers do day in and day out in some of the most difficult and stressful times in the history of our profession.”

The Hartford Internal Audit Commission is conducting a preliminary investigation of the incident and are taking the call into consideration.

"It’s a crucial part of the investigation," said Bruce Rubenstein. "It’s extremely substantive, very important evidence. We are going to look at it again and will be part of our preliminary investigative report."

The Audit Commission’s investigation will conclude on July 15th. They will present the case and vote on whether or not to proceed any further.

Listen to the full audio 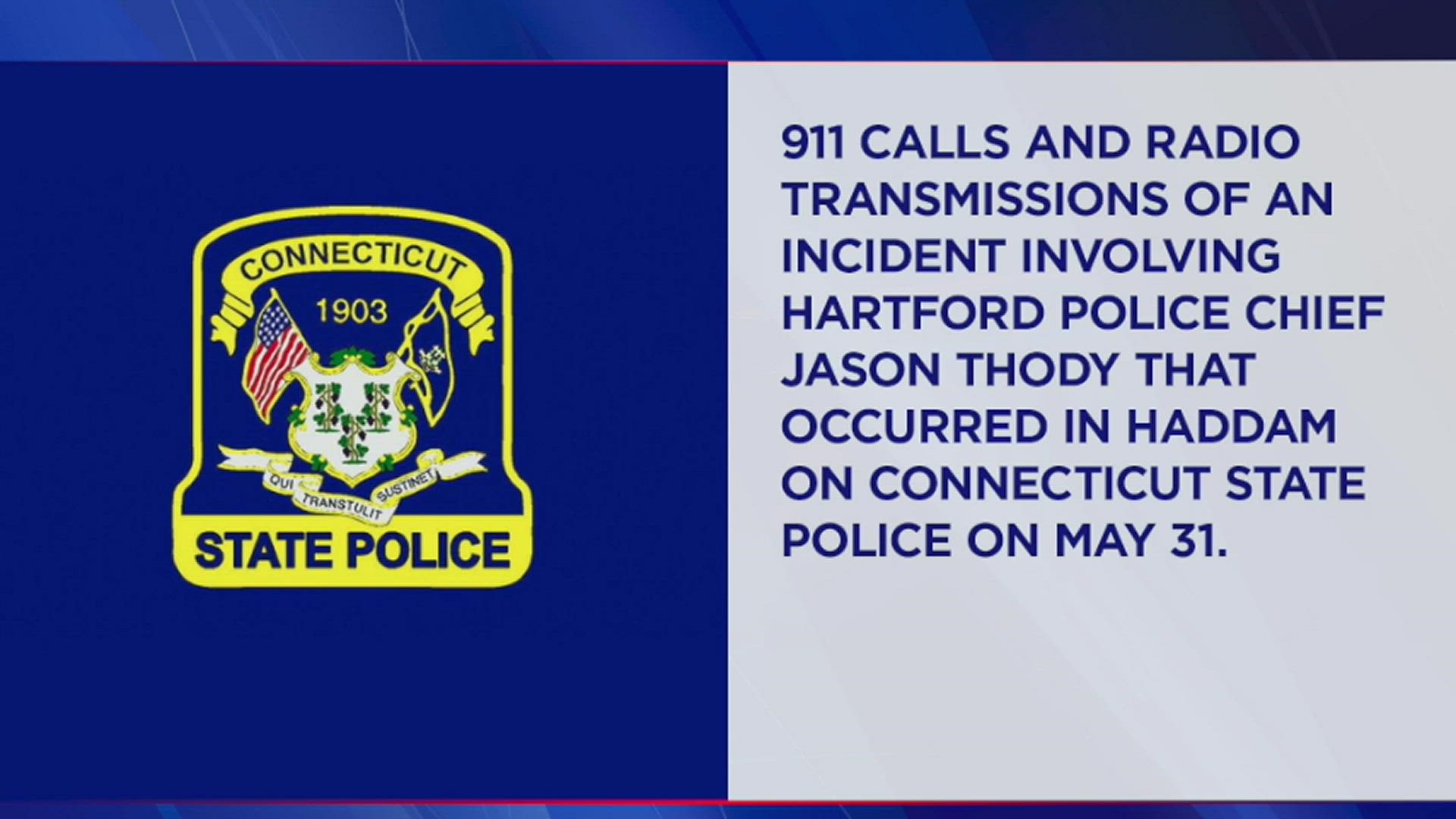