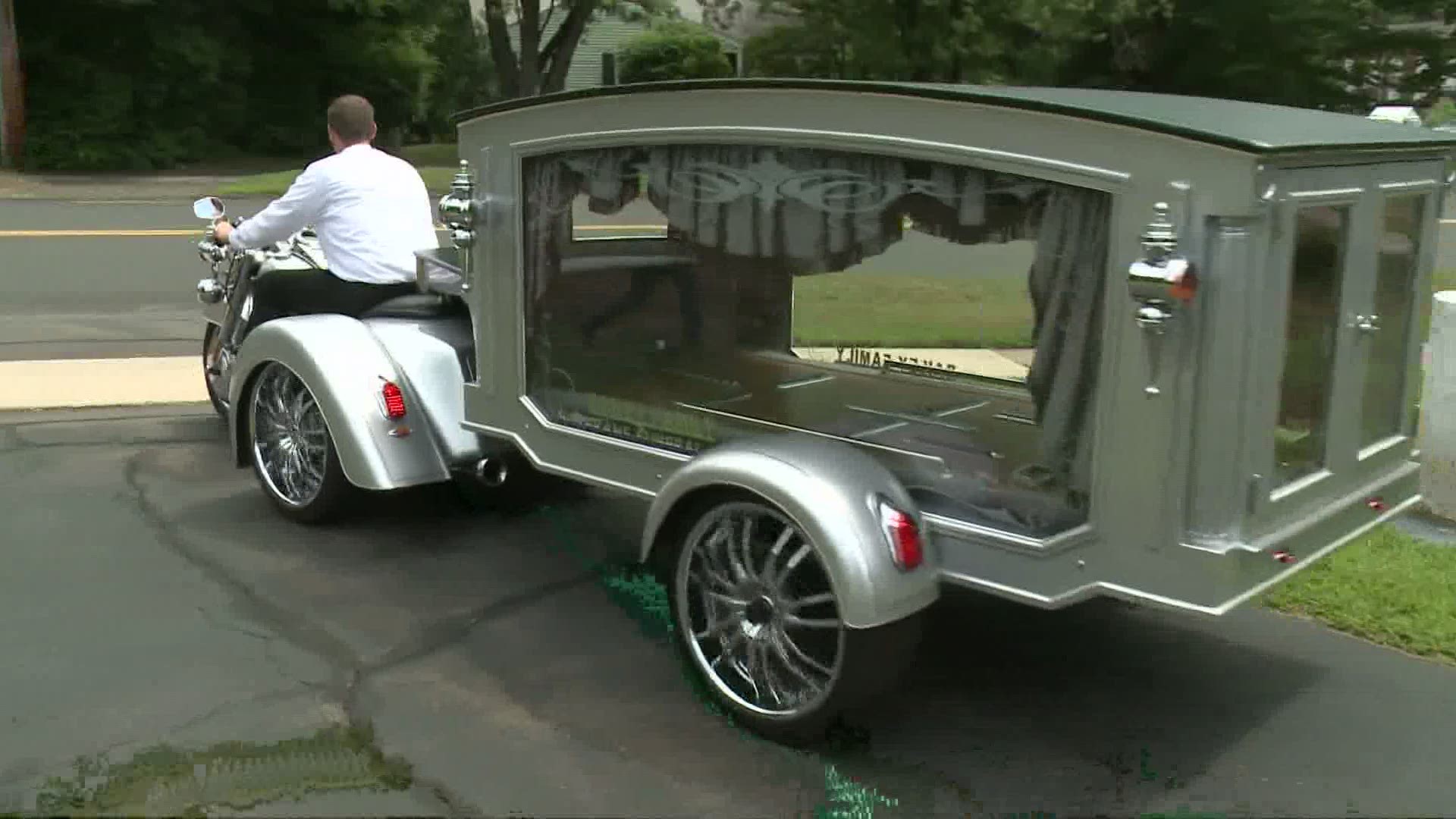 WALLINGFORD, Conn. — Being aboard a motorcycle is fun and invigorating for those, who enjoy that mode of transportation. But, there is a bike in Wallingford the likes of which not many in Connecticut have ever seen.

"It’s designed to mimic the classic hearses of old that you might’ve seen in Tombstone, AZ if you watched a lot of the old western movies

But, instead of a horse in front, pulling the hearse, you’ve got the iron horse, a Harley-Davidson trike, that pulls it.

It's completely silver because it was the 50th on the Tombstone Hearse and Trike Company made. A friend of Bailey‘s, in Milwaukee, has one, as well.

"The first person that they used it for was a woman in her 90's who had never been on a motorcycle in her life but always said she wanted a ride and her family thought it would be a unique and memorable tribute for her," Bailey said.

Curious passersby have stopped by B.C Bailey Funeral Home in Wallingford in recent days to take a peek and pictures.

"We did have one lady say her husband wanted a ride and I said 'I’m not sure he does yet, but maybe someday,'" Bailey said with a laugh.

And, he envisions plenty requesting the ride.

"I think we’ll see veteran services, with a casket covered with a flag in the back," said Bailey. "We will have first responders. Obviously, the bike community is a very loyal large, and dedicated community."

To his knowledge, it’s the only hearse of its kind in Connecticut. The family's funeral homes in Wallingford, Southbury, and Waterbury will share this hearse.

"A few other people that stop by that had already made their arrangements with us said that they may have to make an update," Bailey said. "They might may want to change and go from the Caddy to the Harley."

No matter which hearse transports you to your final destination, it'll cost the same.