Family Promise of Central Connecticut is the first and only chapter of the national organization in Connecticut. The program was three years in the making and o... 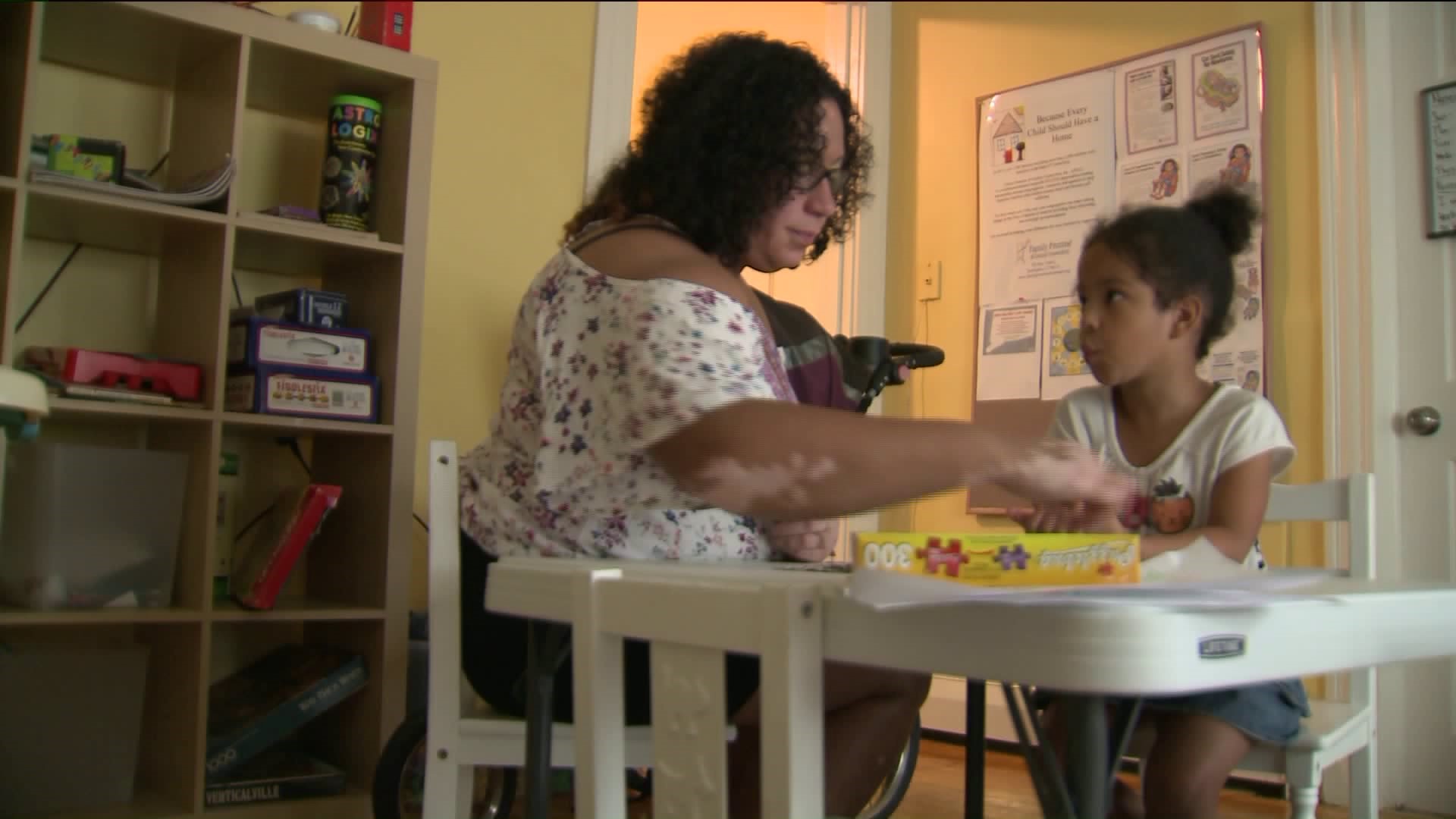 Family Promise of Central Connecticut is the first and only chapter of the national organization in Connecticut. The program was three years in the making and opened its doors in March, 2017, in New Britain. Their mission is to guide homeless parents into full time work and into a sustainable home of their own.

Larisa Figueroa faced financial hardships which forced her to jump from city to city. She eventually made her way to Connecticut where she had some family nearby.

“I came here with nothing, I didn’t have a job, I didn’t have any money. I had to leave everything behind in Florida so I came with just whatever could fit in our suitcase basically you know and I had to start over,” Figueroa said.

Her new start began for her and her two young daughters at the Family Promise Day Center.

“Family promise is very unique, we are not a shelter, we are a program,” Leslie Zoll, Treasurer of Family Promise of Central Connecticut, said. Zoll, working for Blum Shapiro by day, co-founded the program which is 97 percent volunteer operated.

“Every body’s journey is different we’re finding that each intake family has a different story to tell and we learn from those stories and find ways and resources to help all of them,” Zoll explained.

The Day Center and nearly everything inside, down to the renovations, were donated. From the day center, families are taken to local churches where they are fed and sheltered each night. Nearly 500 trained volunteers from 11 area congregations rotate housing the families for a week at a time.

“Connecticut shelters don’t always have, or let the children stay intact, so if you have a single mother who has a son they cannot stay together,” Zoll said. She added the Day Center gives families the extra benefit of having something as simple as a mailing address which allows their children to have consistency with a school district and gives parents an address for job applications.

After just six weeks with Family Promise, the program has proved successful for Figueroa, who now works full time as a pre-school teacher.

“They helped me a lot with everything and they made it a lot easier to be in the position that I was in,” Figueroa said through her tears of relief. She went on to say, “Just unbelievable joy just great joy and appreciation for everything and everyone that helped us along the way that we are able to finally be stable.”

Her life before filled with unknowns, but now she is beaming with pride that she and her two daughters have an apartment of their own.

“I am beyond words. I mean they have their own room again so it’s great,” Figueroa said. She also cried tears of joy as she talked about the opportunity she now has to enjoy life’s “small stuff.”

“I don’t have to rely on other people feeding my kids now I can go home and I can cook you know certain things like that you sort of take for granted when you don’t have that luxury at a certain point in your life,” Figueroa said.

Family Promise of Central Connecticut is fully self-funded and does not rely on any state or federal aid. They survive solely on donations and through fundraising efforts. Information on how to donate or how to sign up for their services is available at their website .