FOXBOROUGH — In the hours before NFL-star-turned-convicted-murderer Aaron Hernandez killed himself in 2017, the former New England Patriots tight end wrot... 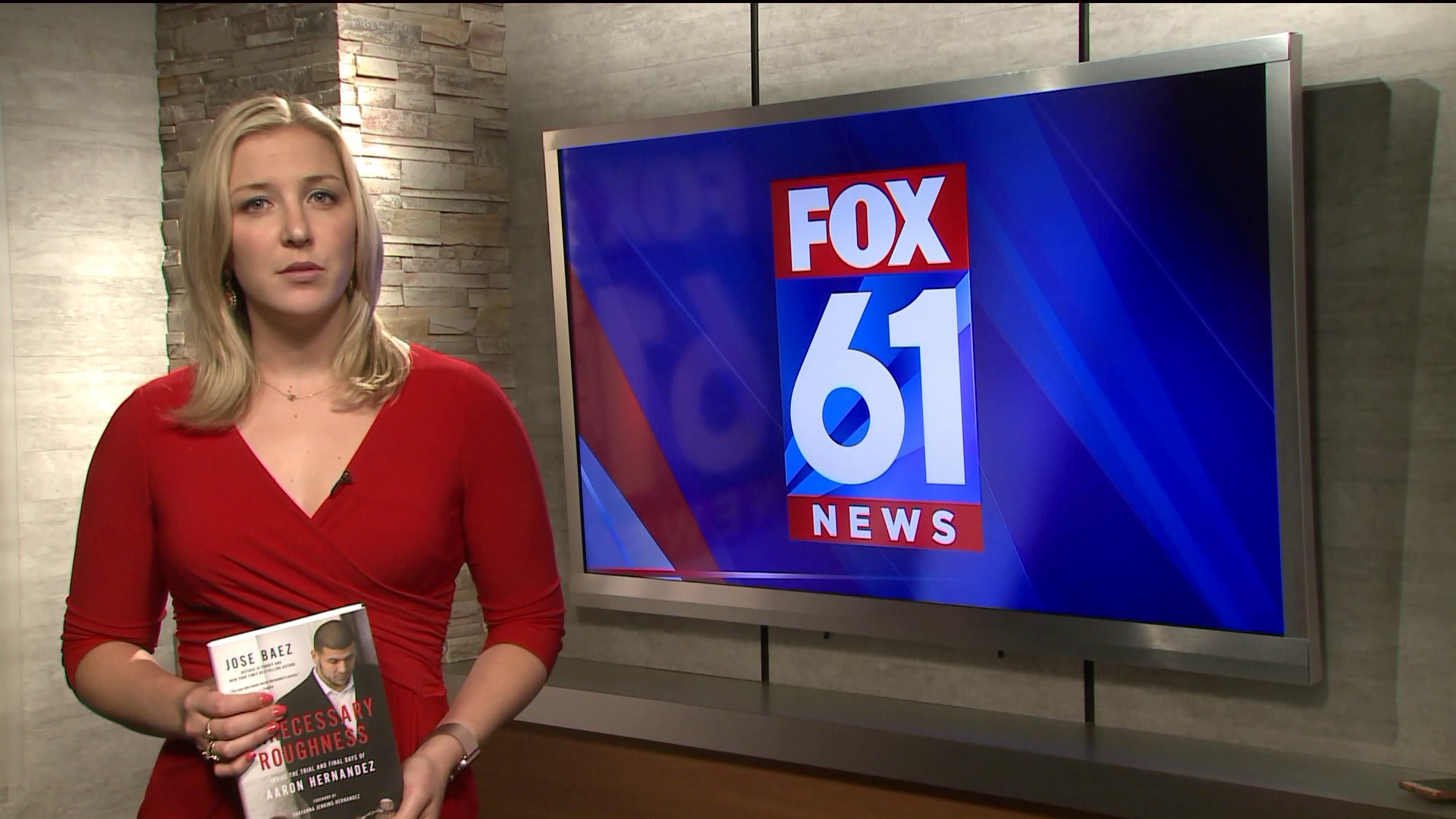 The notes, which his last attorney Jose Baez excerpts in his new book, "Unnecessary Roughness: Inside the Trial and Final Days of Aaron Hernandez," were found in Hernandez's jail cell the night he killed himself.

They were addressed to the athlete's daughter, Avielle Jenkins-Hernandez, fiancée Shayanna Jenkins and Baez himself. In them, Hernandez writes about God's love, children he wants to be taken care of and entering a "timeless realm."

Hernandez, who was serving a life sentence for the murder of his friend Odin Lloyd, was found naked hanging from a bedsheet in his prison cell in April 2017, according to state officials, just days after he was acquitted of two murder charges related to a July 2012 drive-by shooting outside a Boston nightclub.

You have always been my soul-mate and I want you to love life and know I'm always with you. I told you what was coming indirectly! I love you so much and know are an angel. We split into two to come change the world! Your characteristic is that of a true angel and the definition of God's love! Tell my story fully but never think anything besides how much I love you. This was the supreme almightys plan, not mine! I love you! Let Avi know how much I love her! Look after Jano and Eddie for me — they are my boys (You're Rich).

I KNEW I LOVED YOU = SAVAGE GARDEN

Baez then refers to the third page and opines about Hernandez's mental state, writing, "The third page of writing sounds like a man who had accept his fate. It's as if he saw the angel of death at his door."

Hernandez had John 3:16 written on forehead when he was found in his jail cell, according to a law enforcement source.

Baez then skips to the fourth page of the letter:

I love you all equally! We are all each other! Don't shed one tear for I am with all of you and never wasn't! DO NOT GO BACK TO LIVING WHILE WORSHIPPING FALSE IDOLS in which I warned you about!

Baez writes about what he says looks to be Hernandez's last words.

Baez prints his client's letter to his daughter, Avielle, on page 233, without comment.

Daddy will never leave you! I'm entering to the timeless realm in which I can enter into any form at any time because everything that could happen or not happened I see all at once! Life is eternal -- believe!!! Love, repent, and see me/yourself in everyone because that's what the truth is! I'll see you all in the heavens awaiting you all with the same love. Never fear me, but love me with all of you! Fear is the only separation between you and I! We are each other -- I/you -- you/me -- there's no need to fear but what you do unto another will come back around!

Jose Baez rose to fame defending Casey Anthony, who was acquitted of murdering her toddler daughter in 2011.

The high-profile attorney stepped in to take over Hernandez's second murder trial in mid-2016, following it through to his acquittal in April 2017. Baez says he became very close to his client and writes in the book that Hernandez often addressed him as his brother.

In the lead-up to revealing the suicide notes, Baez writes that Hernandez, on what would be the final night of his life, seemed happy and excited for the future. The suicide notes were released to him by corrections officials a few days after his death.

This excerpt is from page 232 of "Unnecessary Roughness:"

What's up, brotha? Well, I wrote this letter following my acquittal and wanted to voice how I felt and let some people whos(e) music helped me get through hard times, know that it did. Wrong or right -- who knows -- I just follow my natural instincts and how it guides me. Pros or cons, didn't weigh them, but I'm sure you'll let me know your view. Besides that, I want you to know you have me forever like you never understood and time will reveal that I'm not perfect but my love and loyalty is like you've never seen! I appreciate all your work, time, effort, and never let that slip your mind! In time, you will see how appreciated you are, as well as all the others equally! But never forget I will whoop your ass if you get too crazy ... haha! But we could grab a drink after. All jokes aside, I hope your son is well and all your loved ones!

I need a favor -- If you have any contacts for any artists like Gates, Meek Mill, Ross, Jay, Game ... etc. I would like to send you letters so you can send to their information or whichever way you think best. I don't want any media really getting into me, trying to just send my love to all the artists who got me through my tough times and sending my respect to a few of the real ones out there. So I think that's the best idea through you. It's something I have to do and I'd appreciate if you could do that for me, if possible! If not, I'll figure something out. Well, get at me, love ya brother!

According to Boston University neuropathologist Dr. Ann McKee, Hernandez suffered from a severe case of CTE, formally named chronic traumatic encephalopathy. A number of retired NFL players who have suffered concussions have developed memory and cognitive issues, including CTE. Doctors have also found CTE in examining the brains of many players who have died.

Hernandez was just 27 years old when he died.

He was found to have Stage 3 CTE. Stage 4 is the most severe. McKee told CNN that the type of brain damage observed in Hernandez is usually seen in someone 20 years older.