Until August 25th, alcohol will not be permitted at certain parks. 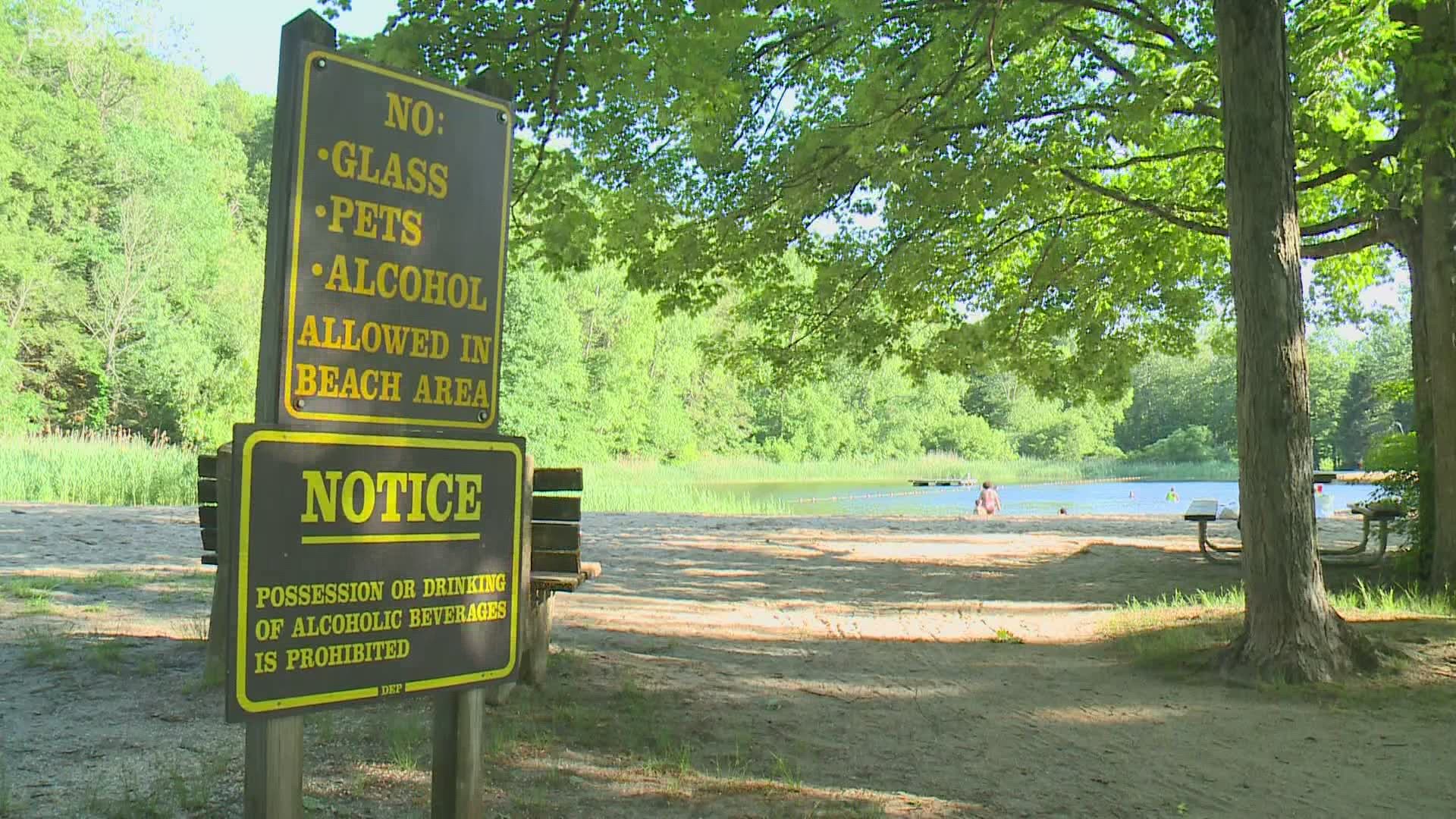 CONNECTICUT, USA — The Dept. of Energy and Environmental Protection is temporarily banning alcohol at several state parks this summer, in response to some recurring problems.

Until August 25th, alcohol will not be permitted at:

"It gives us as officers, and it gives our rangers the ability to stop the problems before they start," said Bouthillier.

Other problems were trespassing and destruction of property, and it was leading to complaints from other visitors. It's also a safety concern. Many of the parks on the list are smaller ones.

"They have fewer facilities to handle larger crowds of people and they're also harder for us to get to and for even state police and fire and EMS to get to," said Bouthillier.

While littering is a problem unfortunately at all state parks both the DEEP and people who like to enjoy the parks say they hope the ban will also help with that problem.

"I mean as someone who enjoys nature I do get upset when I'm walking and see trash all over the trail so it's certainly something I'd like to see avoided at all costs," said Kevin Brink of Clinton.

At Wadsworth Falls State Park, visitors encouraged people to just be responsible. They said they hadn't noticed the problems, but that bands like these are often because of a small population of people that take it too far.

"If you want to indulge a little bit, but if they get out of hand then it's probably a good thing to ban the alcohol at the park," said Brinks.

"It's the waterfall, don't show out and act crazy. I did notice though there's a lot of rangers probably there to you know keep the peace," said Hasina Chevanes of West Hartford.

Even with the ban in place last summer the problems still arose. The DEEP is asking for cooperation. If you are caught drinking alcohol, you could get a warning, but you will be asked to get rid of the alcohol or leave the park. You could also be given a $75 ticket.