The AMR ambulance was responding to a call Saturday evening when it was involved in a crash on Albany Avenue. 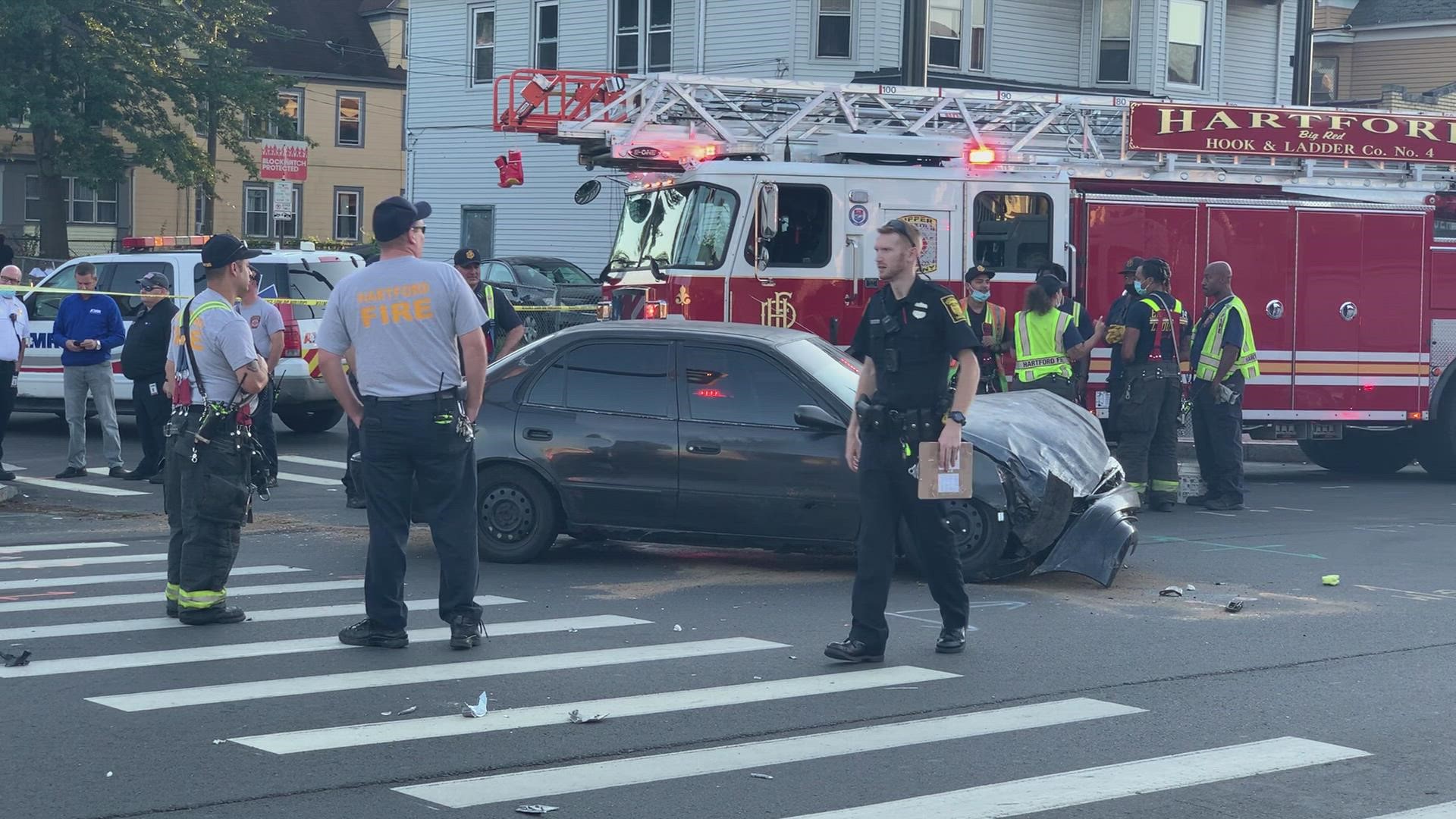 HARTFORD, Conn. — An ambulance was involved in a crash that left it rolled on its side in Hartford Saturday evening.

The crash happened around 6 p.m. on Albany Avenue near the intersection with Oakland Terrace.

It's unclear at this time what caused the crash, but the ambulance from American Medical Response was on its way to an emergency call, according to an AMR official at the scene. He said the two ambulance personnel were not injured but did go to the hospital to be checked out. No patient was in the ambulance.

The driver of the car the ambulance collided with was taken to the hospital for non-life-threatening injuries. The ambulance struck another car after it rolled over; it was not clear if that vehicle was moving or parked at the time.

Albany Avenue was closed to traffic while the crash was investigated. The cause of the accident is under investigation by Hartford Police.

RELATED: 'This is family' | Hundreds of motorcyclists ride for miles in honor of late Plainville police officer