House of horrors uncovered in Hamden | Dozens of animals seized, woman charged with multiple counts of cruelty to animals

Animal control officers seized 26 cats, six dogs, two caged squirrels, and a blind owl from her home. One of the dogs, police said, was clinging to life. 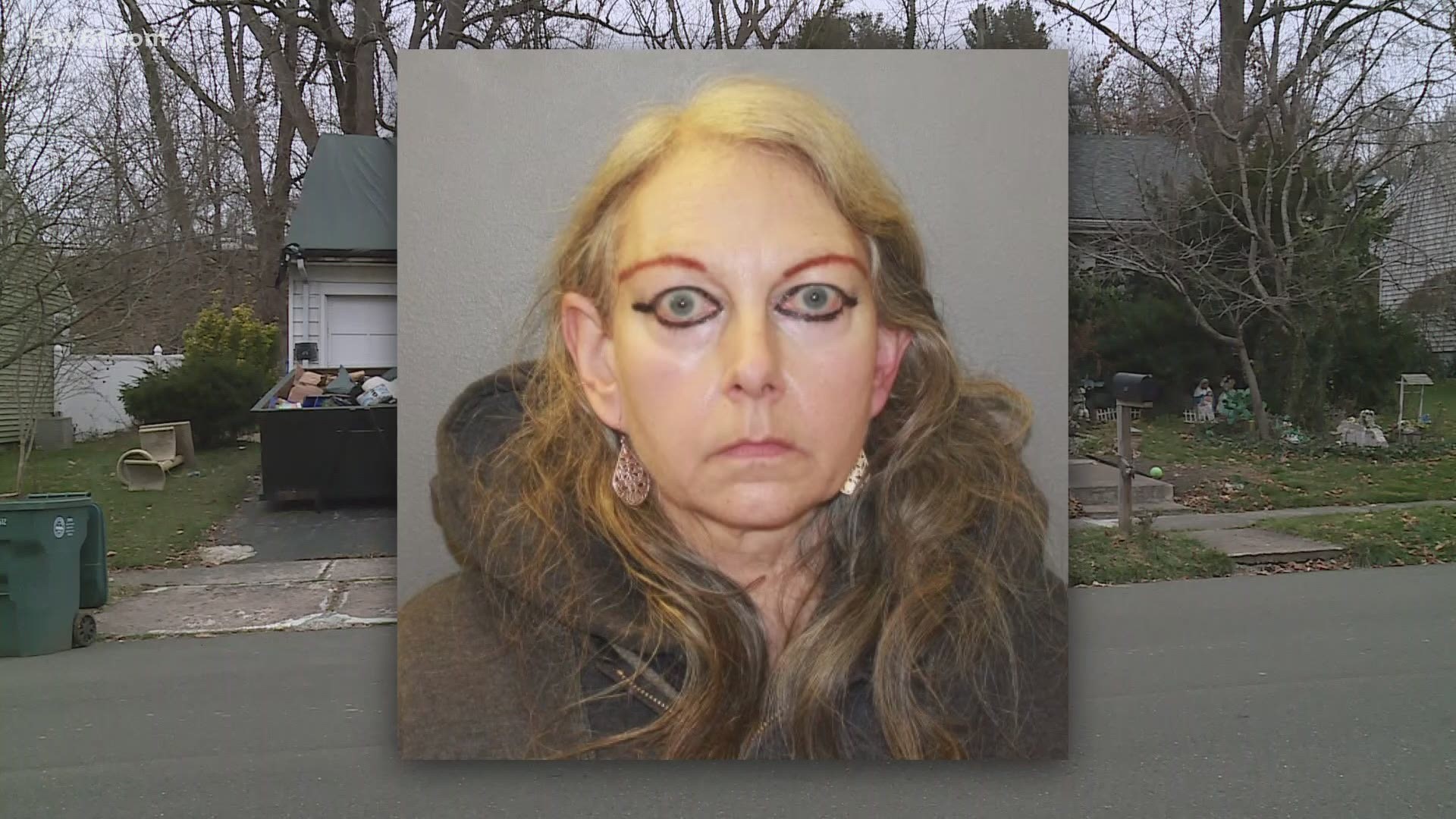 HAMDEN, Conn. — A shocking story out of Hamden that’s getting some national headlines.

A gruesome and disturbing case of animal hoarding and cruelty that neighbors say has been going on for years but hasn’t been uncovered until now.

It's a house of horrors in Hamden.

Investigators executed a search warrant, but nothing prepared them for what they witnessed.

Capt. Smith said, "Animal control officers were greeted by several rats. There was a blind owl kept in a very very small cage. We found a dead woodchuck on the floor of the cellar. There was an American Eskimo dog that was brought out of the house in grave condition. It was unlivable for both human and animals. It was that disgusting."

In all, 26 cats, six dogs, two squirrels and the owl were seized.

Neighbor Tony Naguib said, "I knew she had animals. Just not that many and not those kinds of animals."

Donna Scirocco was arrested. She is charged with six counts of animal cruelty.

Neighbors tell FOX61 she used to work to rescue animals. We reached out to the animal advocates of Desmond’s Army.

President Robin ‘Zilla’ Cannamela said, "This is probably a culmination of many years. And it's sad. People like this need help."

Neighbors told FOX61 Donna inherited the home from her father and it quickly fell into squalor.

"This is actually the first time I’ve seen her grass cut," said Naguib. The home is driving down property values and impacting the quality of life for neighbors. "When we passed by it always smelled funky. It smelled like poop."

While filming, a truck pulled up labeled, "we buy houses...any condition." A dumpster sat outside the home and the roof was tarped.

"I hope they just clean it up. I don’t want any infestations of rats or anything," remarked Naguib. "I hope all goes well for her. I hope she seeks treatment."

Donna Scirocco is being held on $5,000 bond. She’s scheduled to be in court on February 5th.

Hamden Police told FOX61 some of the animals had to be euthanized.

They are trying to find new homes for the others, while the squirrels were handed over to the state Department of Energy and Environmental Protection.