Area officers go hands on with Bola Wrap in Bloomfield

Bola Wrap comes from an Arizona based company that says they have outfitted over 100 police departments across the country with their product. 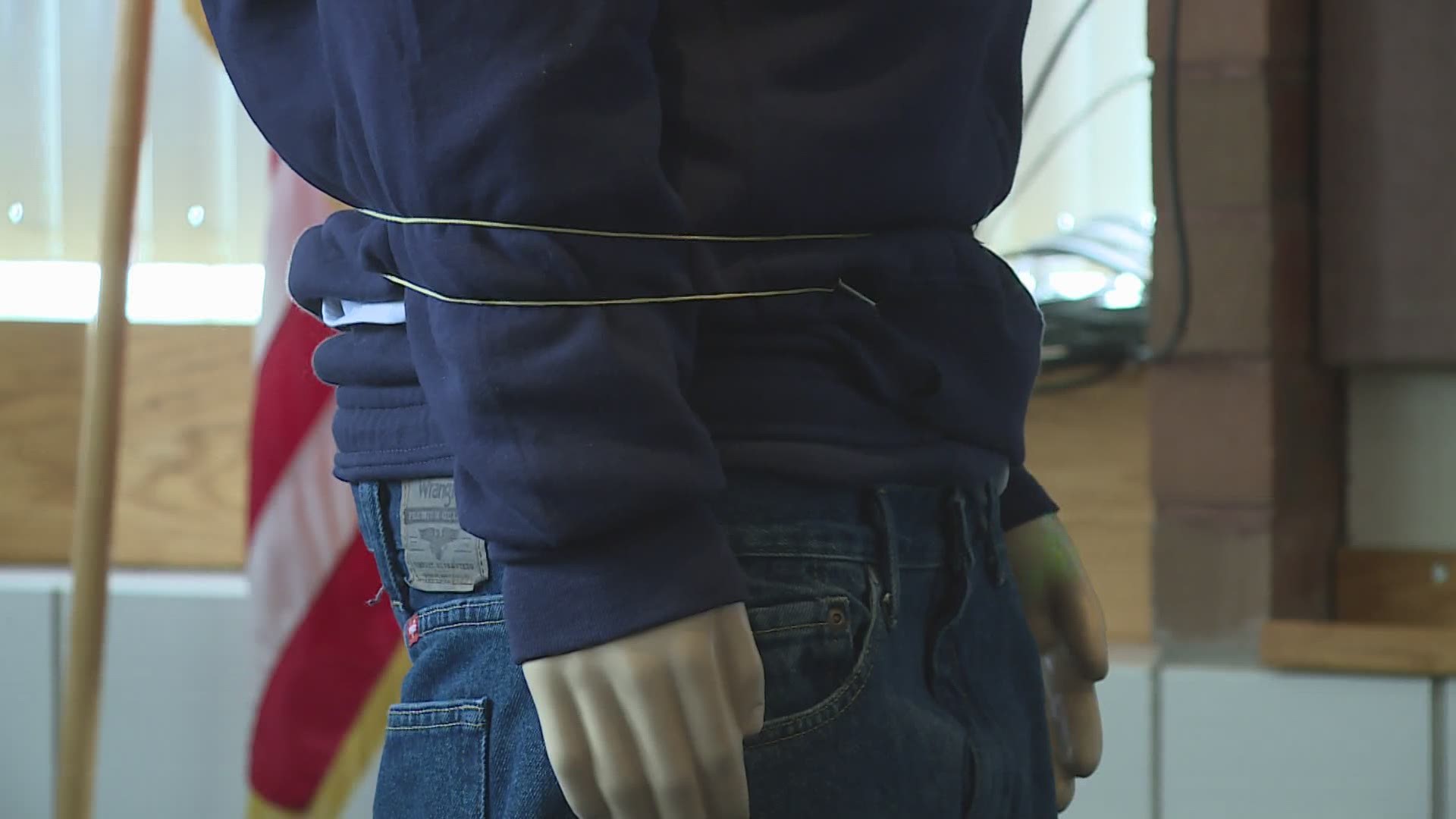 BLOOMFIELD, Conn. — They call it a proactive approach to crime fighting, the new Bola Wrap was being demonstrated at the Bloomfield Police Department.

The device, a hand held web shooter of sorts, does have a super hero edge to it. The Bola Wrap dispenses a Kevlar rope that wraps around arms or legs and incapacitates a suspect in a split second.

Bola Wrap comes from an Arizona based company that says they have outfitted over 100 police departments across the country with their product.

“It’s a humane way to take a person into custody,” said Roe Manghisi, a former captain with the New Jersey State Police and now the director of safety for Bola Wrap.

She added, “it doesn’t rely on pain like other law enforcement tools be it electronic or chemical agents.”

The Bola Wrap devices are easy to deploy – a laser sight guides the user and, once the rope is wrapped around a suspect, they have little chance of running away.

Area officers go hands on with Bola Wrap in Bloomfield

Officers from across Central Connecticut and a few from New Hampshire came to Bloomfield Police headquarters to learn more about the new technology. Jeremy Steward, a police officer with the Indianapolis police and an instructor for Bola Wrap said it offers officers an alternative to tasers or deadly force, “everything I have in my tool belt will cause pain, this doesn’t.”

Currently the only department using the Bola Wrap in Connecticut is the New Canaan Police.