Assistance dog Morrissey graduates, will work with students who have Autism

Nearly two years, and thousands of hours of training later, Morrissey has graduated and was matched with a local school clinician, Air Force National Guard member 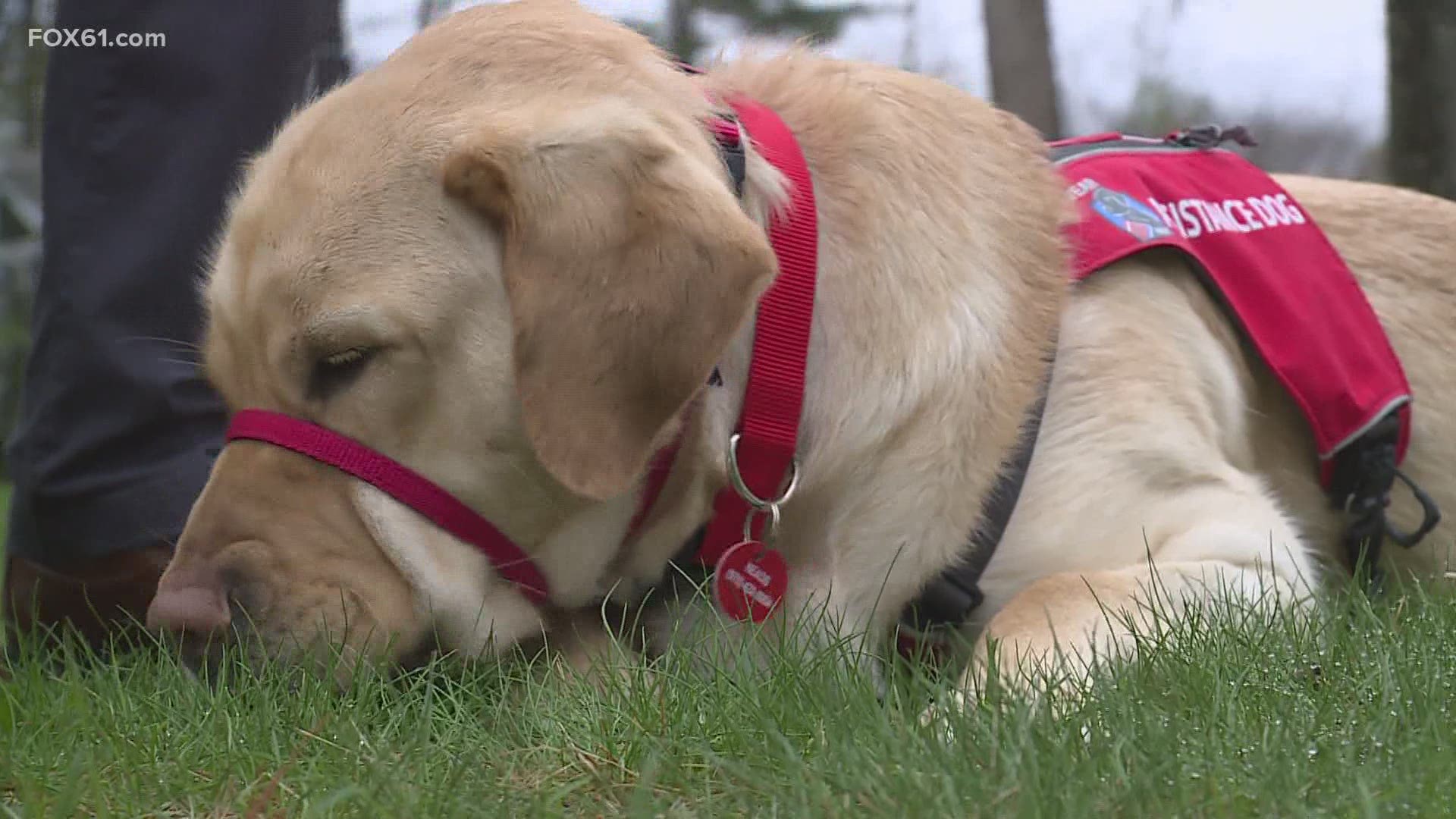 PRINCETON, Mass. — For two year’s FOX61’s Keith McGilvery has been tracking the progress of a puppy named Morrissey, training with non-profit NEADS to become a service dog.

“They pretty much call him the mayor, that is because he is just so friendly, so cute and funny,” Morrissey’s trainer, Becca Hill said when we first met her and Morrissey in 2019.

She said their goal then was for him to be a stellar, world-class service dog who changes someone’s life. 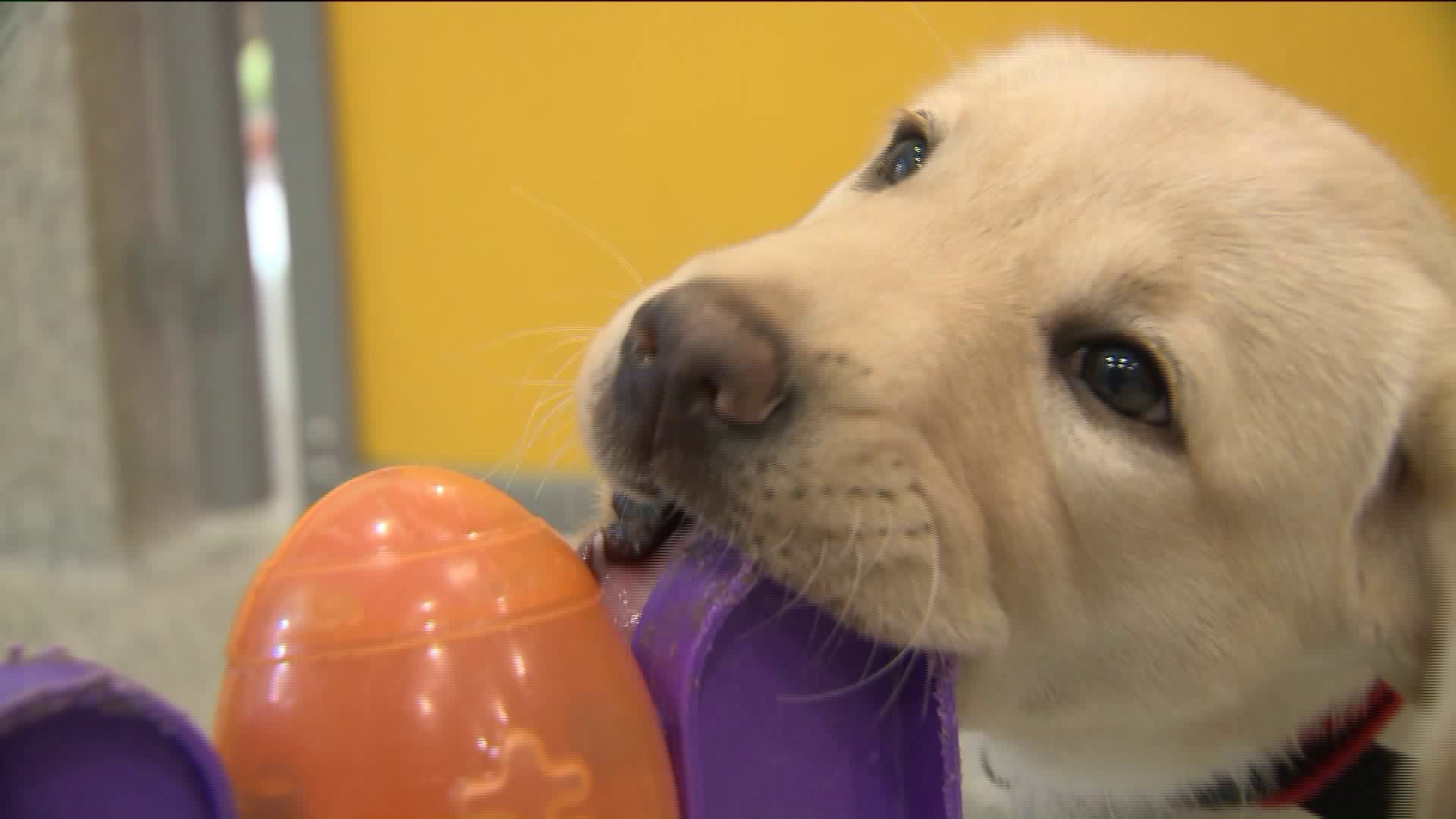 Morrissey was picked from his litter to train as a service dog with the non-profit NEADS.

“He has definitely matured a lot from a silly, goofy puppy, to more of a composed adult,” said Hill when we returned for a progress report in October 2020. 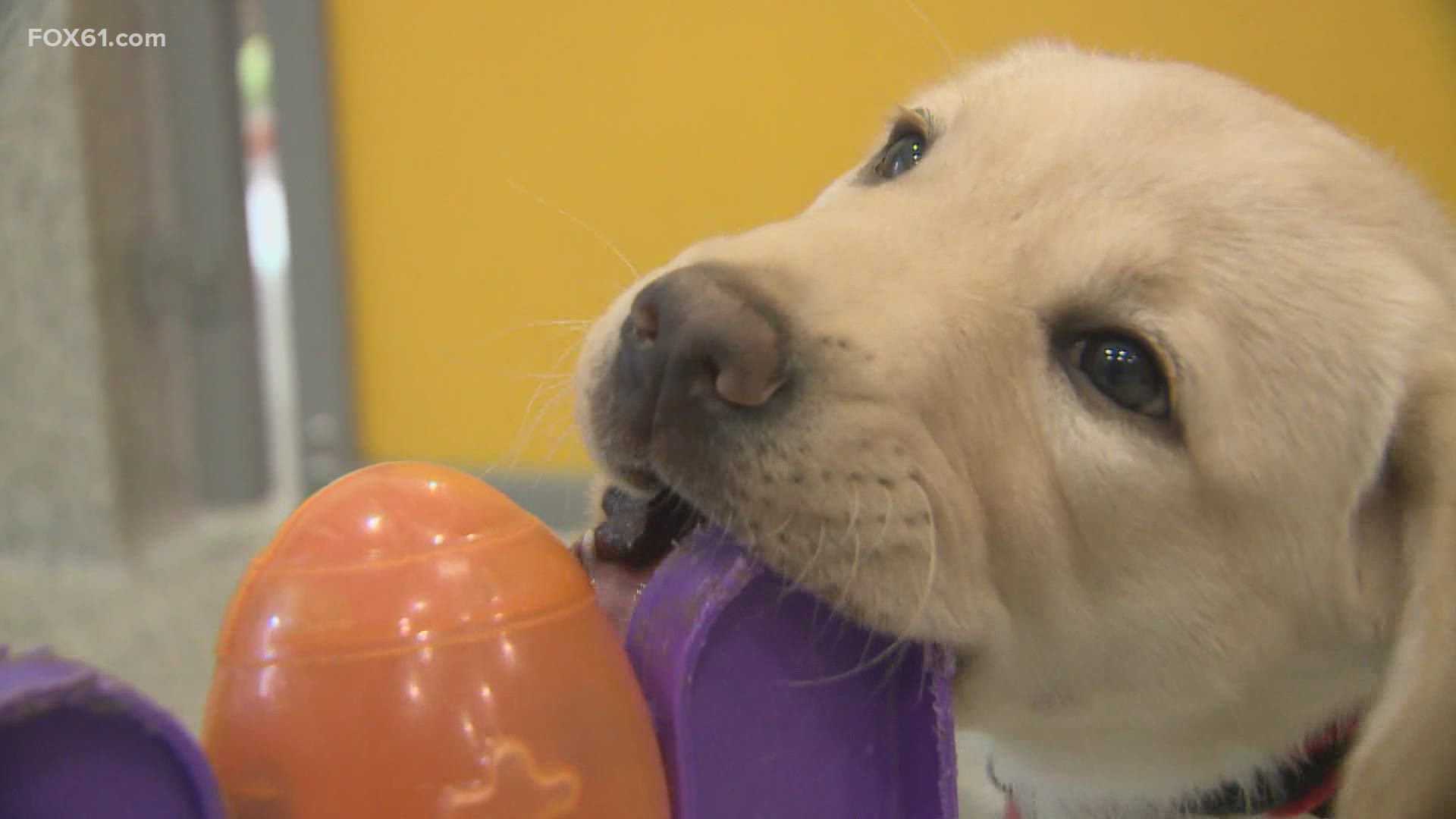 Nearly two years, and thousands of hours of training later, Morrissey has graduated this week and was matched with school clinician, Air Force National Guard member, and mom Danielle Lambert.

“I was excited, I couldn’t wait, anticipation I was overwhelmed with emotions,” Lambert said.

Turns out his talents are better suited for an assistance dog.

Instead of getting paired one-on-one, Morrissey will work with Lambert and her seven to 14-year-old students who have Autism. 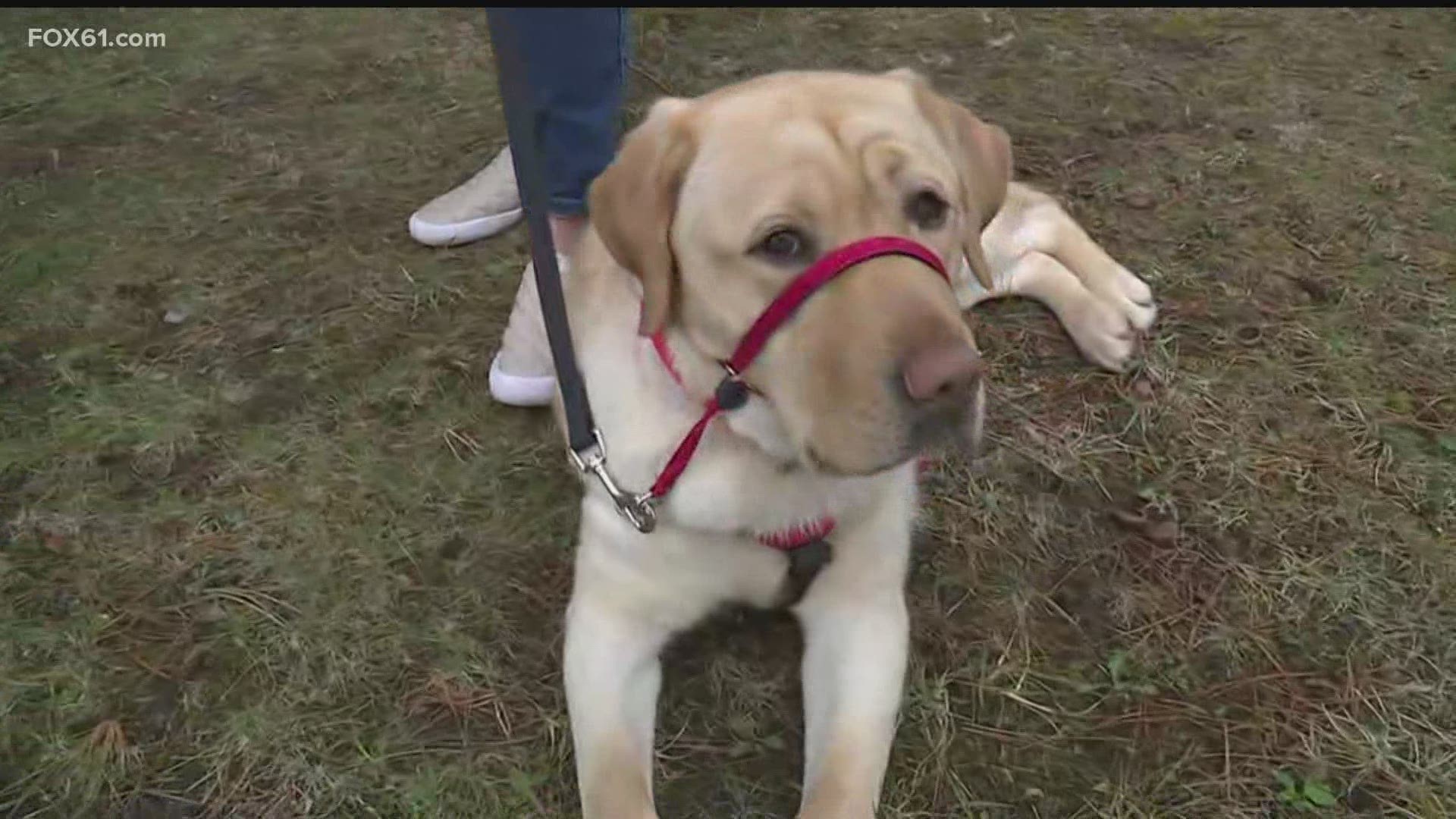 Morrissey will also help with mental health needs in the Guard at Lambert’s air base in Westfield.

“I am hoping with the military members it will bring down their guards in a way and be more vulnerable and open to the mental health supports that are needed,” she says.

It’s a big assignment that he’s been training for his whole life.

Hill says it takes a special dog to be able to have so many different jobs and meet so many people in just a day.

“I could tear up just thinking about it, I am truly grateful for all of their time, their efforts, to make this happen,” she says.

In 2019, FOX61's Keith McGilvery named Morrissey in honor of his dad who died of Pancreatic Cancer. He was able to sponsor Morrissey with thanks to the team at the Traveler’s Championship and a $5,000 donation from FedEx.

The two went to Boston College High School on “Morrissey” Boulevard in Boston. That is also where Keith met his friend and former classmate, Patrick Downes.

Patrick and his wife Jessica Kensky live with a NEADS dog named Rescue and introduced Keith to the non-profit.