"Every time we even think about that guy it’s something that is only a positive.” Walters graduated from Albertus Magnus before going overseas to play pro ball. 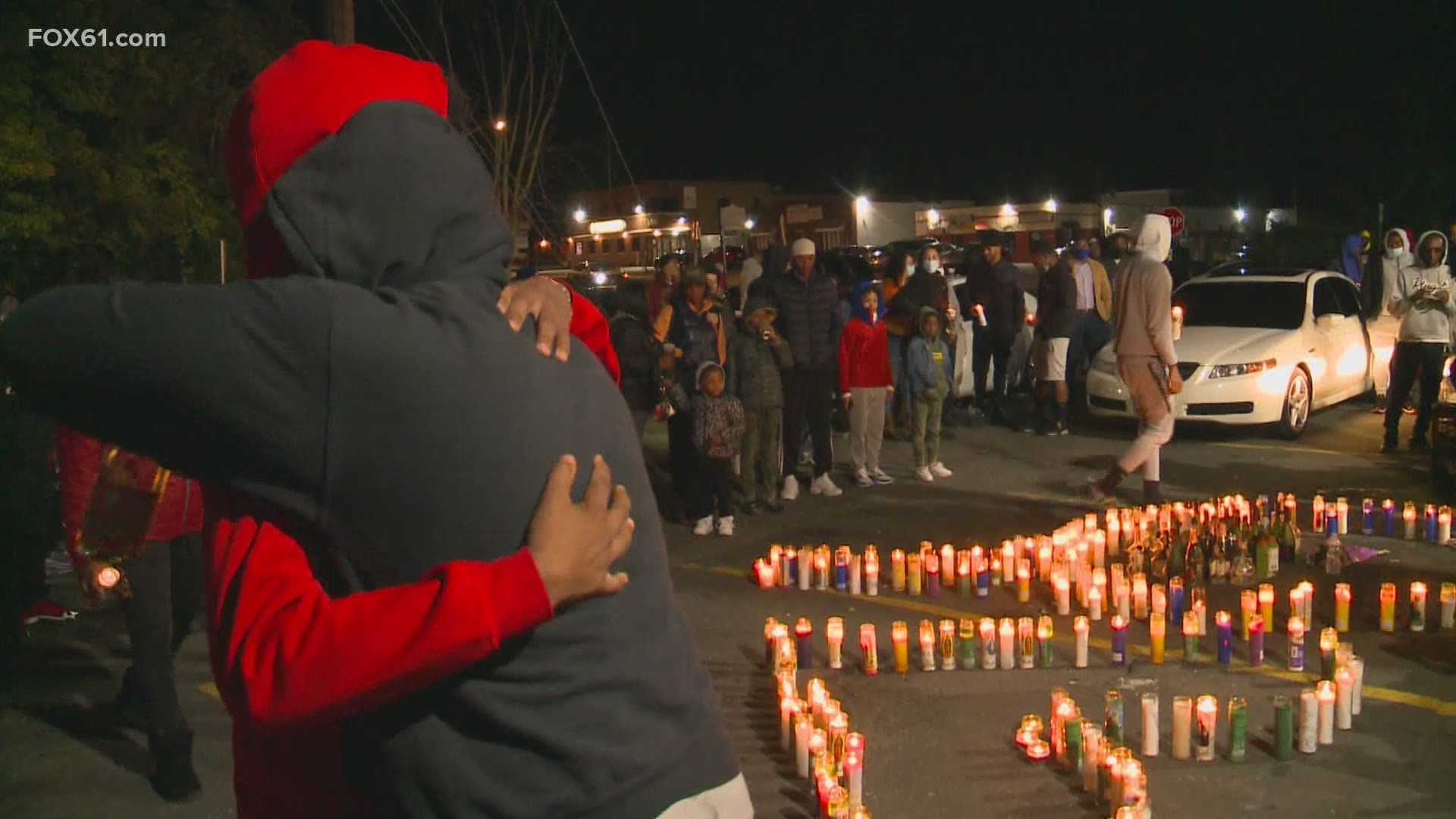 HARTFORD, Conn. — A community is in mourning after a Hartford basketball player and college graduate was being gunned down Saturday afternoon.

Swarms of friends and loved ones gathered on Main Street and Rosemont, each mourning in their own way whether it be by candlelight or showcasing their love in an ATV and motorcycle parade.

Walters died Saturday afternoon after being shot during an altercation with 33-year old Jason Stone, who police say turned himself in moments after the shooting.

Although Stone turned himself in community members say the pain is still present as they remember his life.

Kwency Critenden, “People say heartbeat of Hartford… that is  literally him.”

The comments continue as yet another man, Steven Samuels said, “You know it’s tough for us, every time we even think about that guy it’s something that is only a positive... positive memory.”

ATV’s, Motorcycles and more went on display on Main St. And Rosemont in Hartford in honor of 24-year-old #JaqhawnWalters this was a part of a larger memorial for the beloved basketball player who attended @AlbertusSocial. pic.twitter.com/4QxZvPhRvV

Albertus Magnus sent out a statement that says in part:

“For those of us fortunate enough to know Jaqhawn, or “JQ” as he was affectionately known to so many, we remember his beaming smile and larger than life personality, bringing joy to everyone around him, whether it was on the basketball court, in the classroom, or in spaces across our campus.”

“Electrifying, you know he was the type of dude that could do it all get to the cup, score at Will but always have a positive attitude,” said Samuels.

It was that attitude that people say made Walters so special turning from basketball player to a legend which is the reason people say they still can’t believe this happened.

Brown said, “It doesn’t feel real like he is supposed to be here right now.”

Citenden said, “I didn’t understand because I was just on the phone with him two nights ago... I didn’t get it.”

Now all people have are the memories left behind.

Stone is currently being held on a one million dollars bond and being charged with one count of murder.