WATCH: ATM pulled out of gas station by thieves in Wolcott

The suspects were captured on surveillance attempting to pry the doors open in the back parking lot of Wolcott High School. 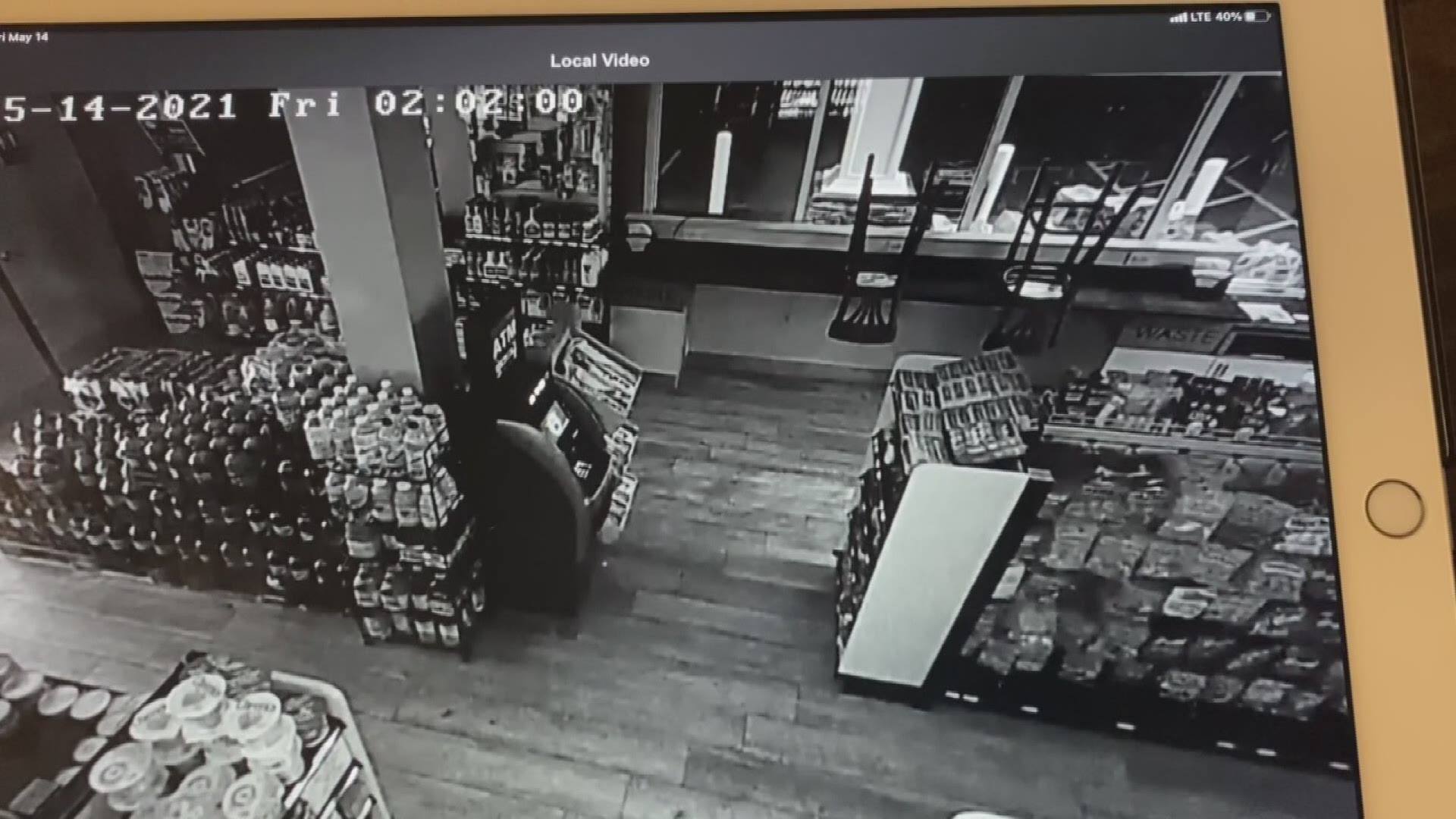 WOLCOTT, Conn. — An ATM was yanked off the wall and dragged out of a gas station and convenience store near the Wolcott/Bristol line last week, police said Tuesday.

Officers were called to the Nutmeg Farms on Wolcott Road around 2 a.m. Friday morning after a report of the theft.

"It's like anything else if people are determined to get in they're gonna get in, our officers were there quickly but they were within and out in two minutes doing this so they knew what they were doing, these weren't just amateurs doing this," said Wolcott police chief Chief Edwards Stephens

Wolcott police said the suspects were first viewed on the store’s surveillance footage driving a dark gray or blue 4-door sedan with out-of-state plates into the parking lot. 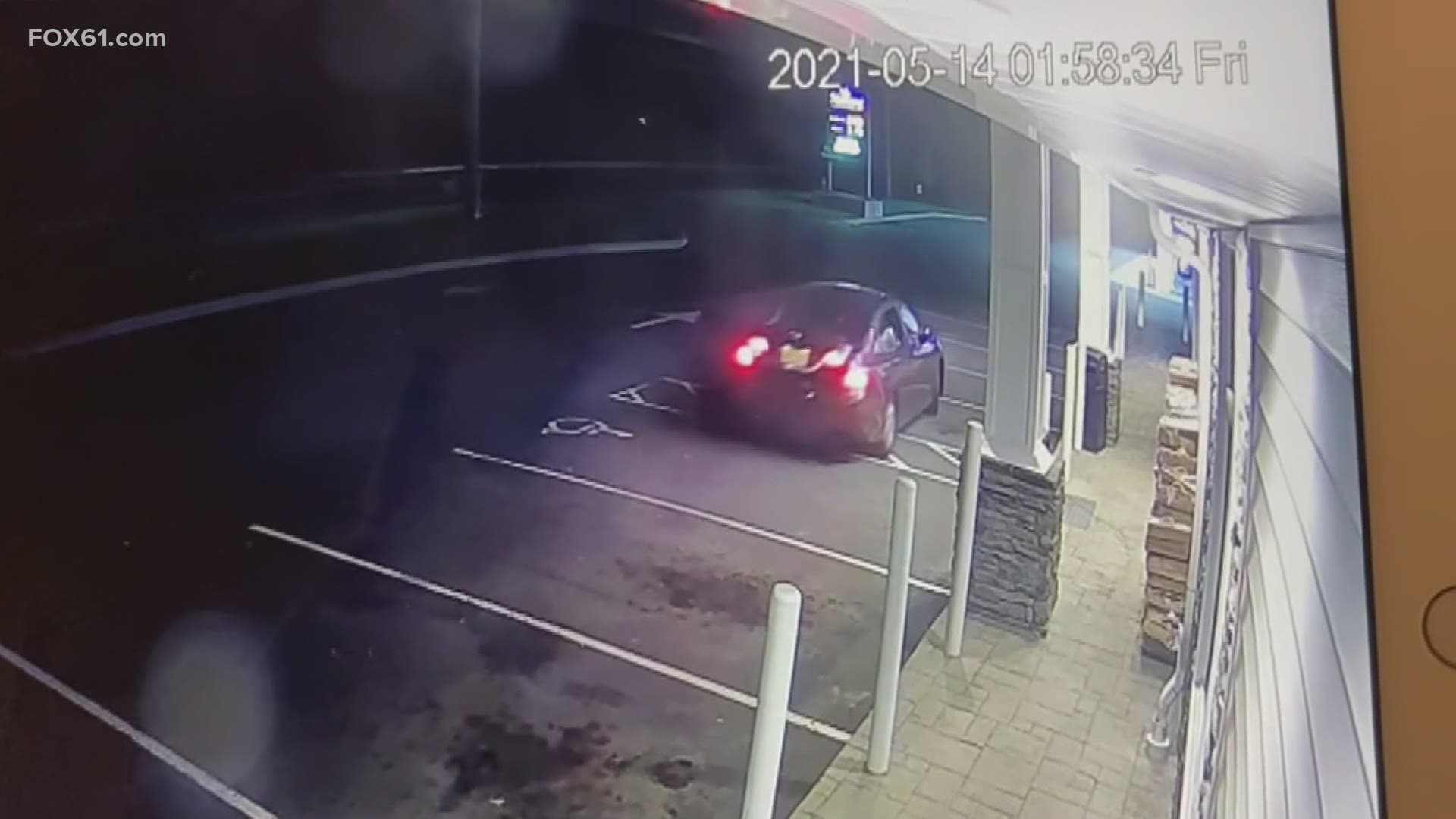 After confirming there was an ATM in the store, the suspects got back into the vehicle and left the scene heading in the direction of Waterbury.

Police said that a short time later, the vehicle returned to the store, and three suspects exited the vehicle. Two of them were armed with pry bars and immediately force open the store’s doors. The third one is seen unraveling a cable from the trunk.

The suspect attached it to the vehicle before entering the store. After getting the cable around the ATM, officials said the driver drove off, pulling the ATM through the store’s interior and out through the front glass doors.

The vehicle fled south on Wolcott Road towards Waterbury.

According to officials, the ATM was located the next day in the back parking lot of Wolcott High School.

Police said the suspects appeared to be speaking in Spanish.

Pictures of the suspects inside the store and the suspect vehicle are below.

Anyone with information is asked to contact the Wolcott Police Departments Detective Division at 203-879-7612.