Pattis said that the items that Dulos was seen dumping into storm drains was actually suspicious material found in his backyard, and panicked. 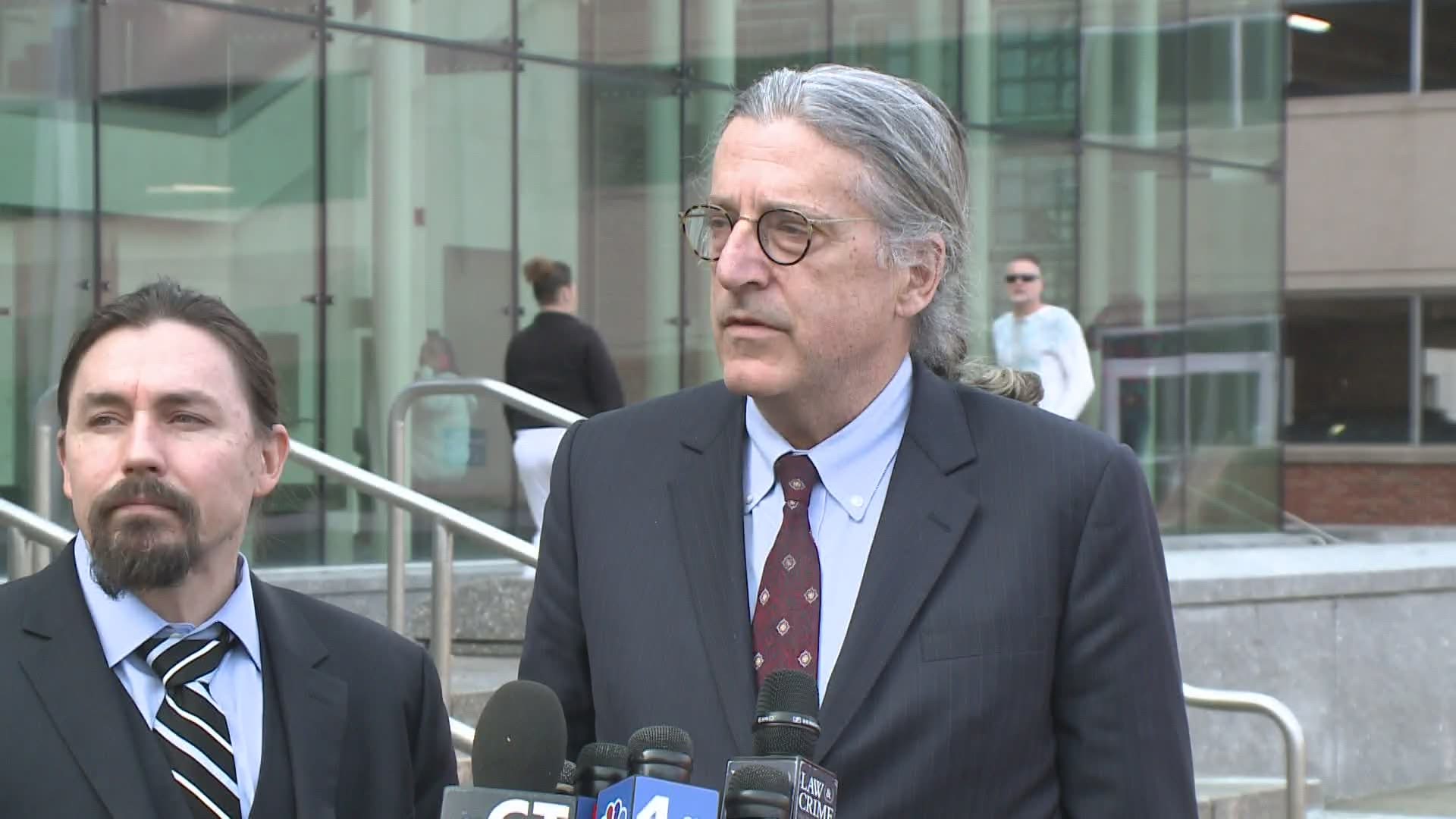 STAMFORD — A judge has signed off on the state’s decision not to prosecute the deceased Fotis Dulos for the charges he faced in connection to the murder investigation of his estranged wife, Jennifer Dulos. At the same time, Attorney Norm Pattis dropped bombshell allegations explaining part of why he believes Fotis is innocent.

Vowing to clear Fotis’ name, Attorney Norm Pattis says he will now pursue an appeal to the state Supreme Court. The same court that just last week — denied his appeal on the gag order. “Mr. Dulos memory remains stained by these scandalous accusations,” said Pattis. He said they remain, “offended by the Supreme Court’s decision to duck the issue last week.”

Judge Gary White said, “The nolle is noted. I have no jurisdiction to do anything else.” After court Pattis said, “This is not the ending that we anticipated.”

Jennifer Dulos has not been seen since May 24th.

Without a living suspect, dropping the charges wasn’t unexpected. But Norm Pattis revealing some of the evidence he would have presented in front of a jury was. He was abruptly interrupted by Chief State’s Attorney Richard Colangelo. “Judge I don’t want to cut attorney Pattis off...but cut him off. I believe he is objecting to the nolle so in light of that I want to move to dismiss the matter.”

The suicide note of Fotis Dulos says, “My attorney can explain what happened with the bags on Albany Avenue,” and that’s exactly what Pattis tried to do Tuesday. The bags refer to the bloody items Fotis was seen dumping in storm drains in Hartford. Pattis’ vague argument was that Fotis left his home at some point the day Jennifer disappeared and then came home to find, “A third party known to the participants in this trial standing in a pile of Debris in his yard and he panicked and disposed of that debris.”

Pattis then offered a vague theory for who killed Jennifer. “We have reason to believe she met her end at the hand of third parties unrelated to Mr. Dulos,” he said. However, moments before that he suggested that she may still be alive. “As recently as two months ago we’ve received reports of sightings of Ms. Dulos,” he said in court.

Pattis called Fotis the victim, “Of a conspiracy so immense that in the end it drove him to despair and to take his own life.” A conspiracy Pattis suggests was fabricated by law enforcement. He claims Fotis’ phone was stolen by police and inappropriately handed over by his former attorney. “The conduct of his lawyer in giving a phone up, asking for it back and the police not returning it tells us everything we needed to know,” said Pattis.

Pattis also poked a hole in the second warrant. “A second warrant filled with law enforcement beliefs of Mr. Dulos in a red truck.” The red Toyota Tacoma was believed by law enforcement to be carrying Jennifer’s body and driven by Fotis Dulos. It was later seen being cleaned at an Avon car wash. “There is no evidence that he was ever in that truck and indeed we don’t believe he was,” said Pattis.

If you are reading this I am no more. I refuse to spend even an hour more in jail for something I had NOTHING to do with. Enough is enough. If it takes my head to end this, so be it.

I want it to be known that Michelle Toconis had nothing to do with Jennifer’s disappearance and neither did Kent Mawhinney. I ask the State to let them free of any such accusations.

I also ask the state to stop harassing my friends; Andrea [unreadable] and Anna Curry. They are honorable people.

Please let my children know that I love them, I would do anything to be with them, but unordinary we all have our limits.

The State will not rest until I rot in jail. My attorney can explain what happened with the bag on Albany Avenue. Everything else is a story fabricated by the law enforcement.

I want to thank all my family and friends that stood by me this difficult time.

Above all Anna Curry, I am sorry for letting you down and not continuing the fight.