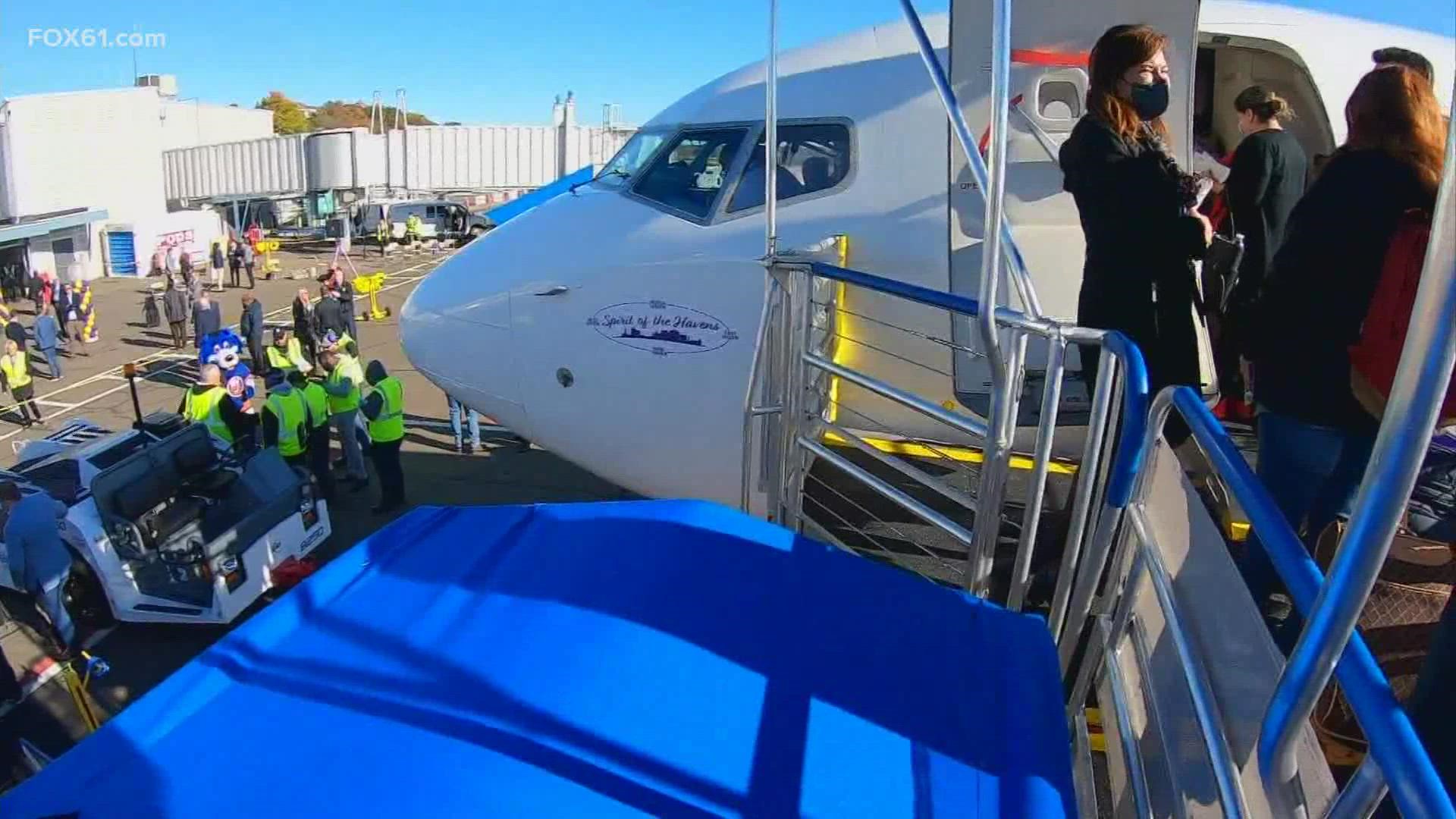 NEW HAVEN, Conn. — Tweed New Haven Airport is now on the map with its first ever non-stop flights to Florida.

Avelo Airlines launched its inaugural flight Wednesday at 11 a.m. from Tweed to Orlando.

“We are really excited because this starts a new era of choice, low fares and convenience for the residents of Connecticut,” Avelo Airlines CEO Andrew Levy said.

Avelo Airlines, based in the Los Angeles area, started flying six months ago and zeroed in on New Haven as it’s east coast hub because they felt south central Connecticut was an underserved market.

“Regional airports are a big piece of our economic future. As you heard Susan [Bysiewicz] say, every single business that I talk to, they all ask about easy access in and out from Central Connecticut, the greater New Haven area,” Gov. Ned Lamont added.

West Palm Beach will be added in December with Sarasota-Bradenton joining the list in January.

“We did about a $10 million project in just about a month,” Sean Scanlon, the Executive Director of the Tweed New Haven Airport Authority said.

The terminal and parking were the primary focuses. And, after a smooth flight from New Haven to Orlando, the touch down near the house of mouse was one more highlight on a momentous day.

However this is about more than frequent, affordable flights though.

“We already hired 85 crew members who reside in this area,” Levy noted. “With additional flights and airplanes that will be coming over the next few months, I expect that number to grow.”

Among those recently hired is a woman, who was part of the New Haven to Orlando flight crew. She lives just one block from Tweed New Haven Airport.

“This is a very exciting moment because I did a career change,” Avelo flight attendant Kim Howard told FOX61. “I had been a nurse for 18 years and decided this was my absolute dream and I was going to take a leap of faith and do it.”

She was one of two crewmembers on working the inaugural flight today, who gave up nursing to fly high.

“Same thing about being a nurse and being a flight attendant is taking care of people just in a different way,” Howard added.

The Avelo Airlines CEO says he remains hopeful that by the end of the first quarter of 2022, the airline will be adding a non-Florida destination and fourth jet to the fleet based at Tweed.