The Dulos case may have been out of the headlines, but it’s still front and center in the hearts and minds of the residents of the Farmington River Valley 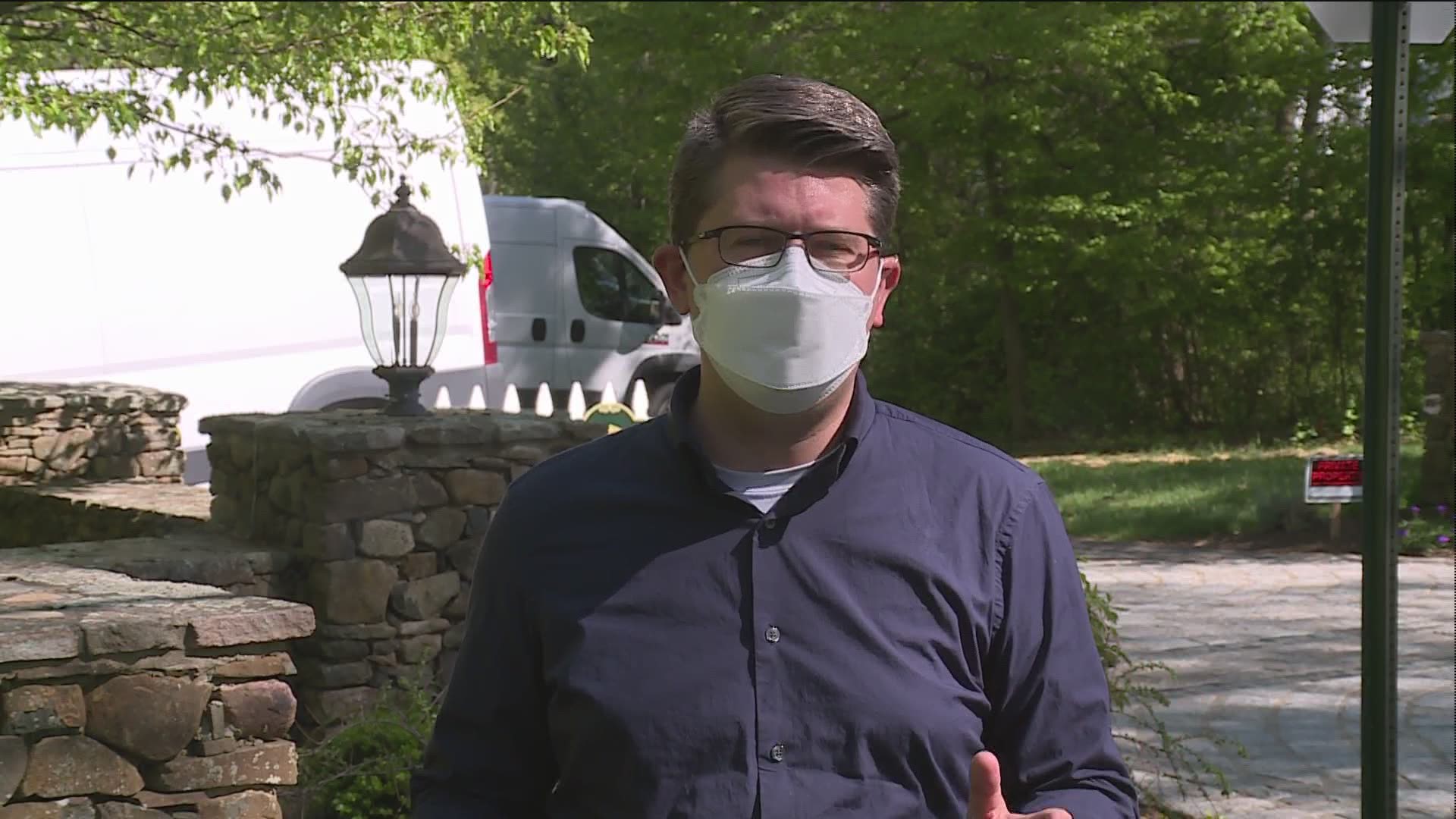 AVON, Conn. — As we approach the one year anniversary of the disappearance of Jennifer Dulos, a new property of interest has emerged as part of the storyline. It’s a multi-million dollar mansion just two and half miles from Jefferson Crossing.

There was a report police were searching there Thursday. That was not true. They searched it about a year ago. The Dulos case may have been out of the headlines for a while, but it’s still been front and center in the hearts and minds of the residents of the Farmington River Valley.

It’s a case saddened the state and captivated the country. As we approach the 1 year anniversary...is still taking twists and turns. The search to find Jennifer Dulos has taken us many places, but never to 44 Sky View Drive in Avon. A $3-million mansion with a breathtaking view. It’s now owned by Attorney David Ford who bought the home in 2010.

Fotis and Jennifer lived there briefly while their home at 4 Jefferson Crossing was being built. “When I bought the house, he was renting this house from the previous owner. So when I was moving in he was moving out,” said Ford.

Fast forward to 2018. A water pipe broke inside David’s home and caused a flood. He showed us the damage. It’s stripped to the studs. David hired Fotis’ construction company the ForeGroup to do the demolition. FOX61 obtained this copy of the building permit from Avon. “My caretaker said here’s a guy that builds homes he used to live in the house,” said Ford.

David said he met Jennifer but couldn’t sense any tension in her personal life. “She seemed like a nice lady. A nice mom trying to raise a family.“ His most extensive interaction with Fotis Dulos came following a day of tubing with his son on the Farmington River. “Ended up at the water ski place. He came by and saw us and gave us a ride home. And that was maybe in 2012. He was okay,” said Ford.

State police told FOX61 they are not actively investigating the Sky View Drive home. But the search for the missing mother of 5 from New Canaan continues, as alleged co-conspirators Michelle Troconis and Kent Mawhinney await their legal fate following the January suicide of the prime suspect, Fotis Dulos. “Bad enough that the parents live with the consequences of whatever they did. 5 kids are orphaned because of it. And that, to me, is the real tragedy here,” said Ford.

Back at Jefferson Crossing in Farmington, white vans were been parked outside all day. They don’t have license plates. Both State Police and Farmington Police say they have no knowledge of why the vans are here. This Sunday will mark the 1 year anniversary of Jennifer’s disappearance.