Deep and Connecticut State Police responded to the home Thursday. The woman claims the bear was taller than six feet when it stood on its hind legs. 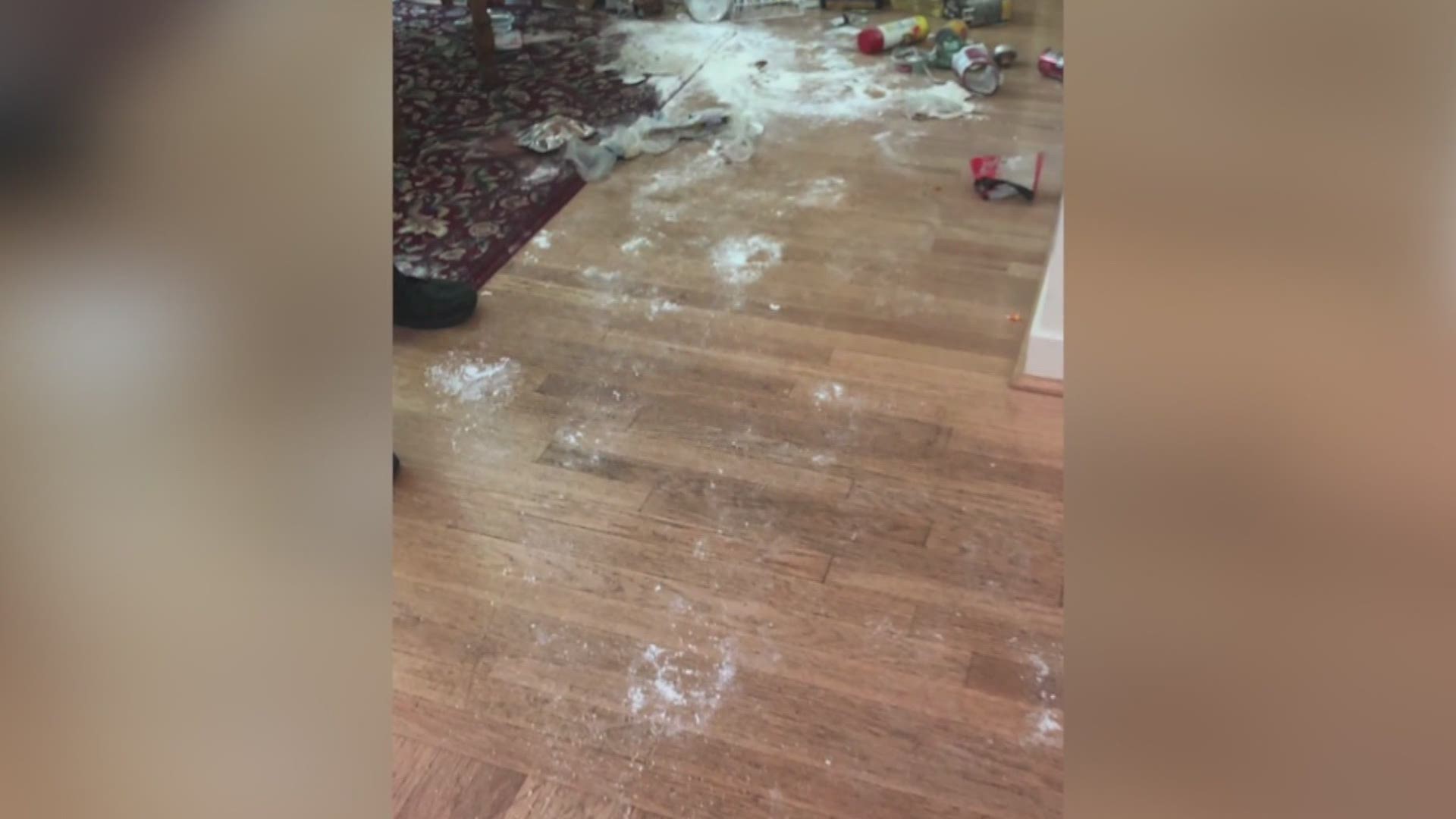 SALISBURY, Conn. — A woman's home is destroyed after a black bear broke into her home Thursday.

The woman says she came back to her home to find the animal tearing up her pantry. The bear entered the house around 10:30 am through the window which was only slightly open. The animal then made its way to the pantry causing considerable damage.

The bear pulled down the shelves and went the sweeter foods like chocolate, sugar, and cocoa. At one point the bear was said to have stood on its hind legs revealing it was over six feet. It then left the house through the same window it entered.

Connecticut State Police and DEEP were called to the home to investigate. Officials set up a doughnut laced trap in case the bear returns which they believe there is a good chance because the bear got a good feed.

The woman was not physically hurt during the incident.

According to DEEP, there are simple things people can do to avoid bear problems including not feeding them, taking down bird feeders, and storing garbage in a secure, airtight container. Experts add outdoor grills should be cleaned and stored.

Bears will also kill chickens, so coops should be sturdy and secure.

RELATED: Spring time is here, which means black bears are on the move in Connecticut.

DEEP adds those with dogs should keep an eye on them while walking or hiking. A roaming dog may be perceived as a threat to a bear or its cubs.

You can see the locations of the sightings for each of the animals and report your own sightings here.