There were once seven catholic schools in Meriden. After this closing, none will remain. 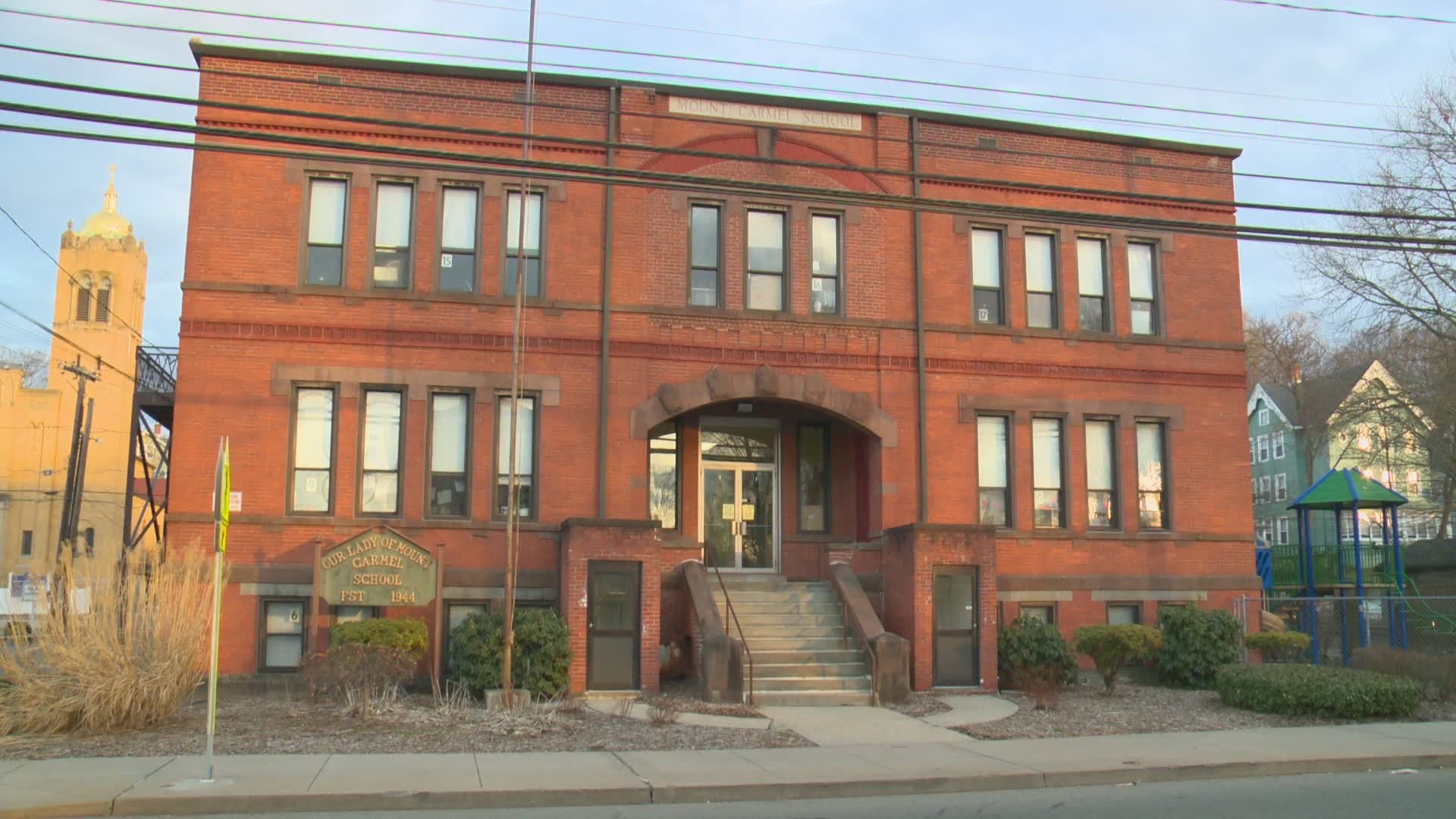 MERIDEN, Connecticut — A beloved Catholic school, Our Lady of Mount Carmel in Meriden will be closing its doors at the end of the school year. It’s just one in a wave of catholic school closings.

There were once seven catholic schools in Meriden. After this closing, none will remain.

"It’s very sad. It’s the end of an era," said Michael Frechette, Principal of Our Lady of Mount Carmel.

An era that extended over 75-years of excellence. The school will close its doors for good on June 30th. The pre-kindergarten through eighth-grade school pointed to low enrollment projections as a reason for closing in a letter sent to parents Wednesday.

They said with a recent drop and enrollment and a large graduating class, they're down nearly 100 students come June. This year they were short about $300,000 in tuition.

The news was heartbreaking to parents and teachers forced to find a new school to call home in the fall.

Dockside’s daughter Gina is in the fourth grade. He says they loved the school, church and the people who made every day special.

"That’s the hardest part," said Dockside. "You can go to school at any building but you can’t just have those relationships."

Over in New Britain, the final remaining catholic school in the city is also on thin ground due to low enrollment.

“It was really disheartening but we just took that news and passion for the school and turned it into something positive," said parent Audrey Achramoicz.

The Sacred Heart School will remain open for one more year to celebrate 125-years before closing their doors for good.

In New Haven, three local catholic schools (Catholic Academy of New Haven, St. Bernadette School and St. Francis and St. Rose of Lima School) will be consolidated into one in order to stay afloat.

"Across the country, over 35,000 students have left Catholic education," said Frechette.

Frechette says that aging buildings, poor locations, rising tuition, and demographic changes are part of what are closing catholic schools. He says Our Lady of Mount Carmel is helping students and teachers find a new school.