Snow artist David Sepulveda made the popular image of Senator Bernie Sanders, a meme that has gone viral, into a giant snow man. 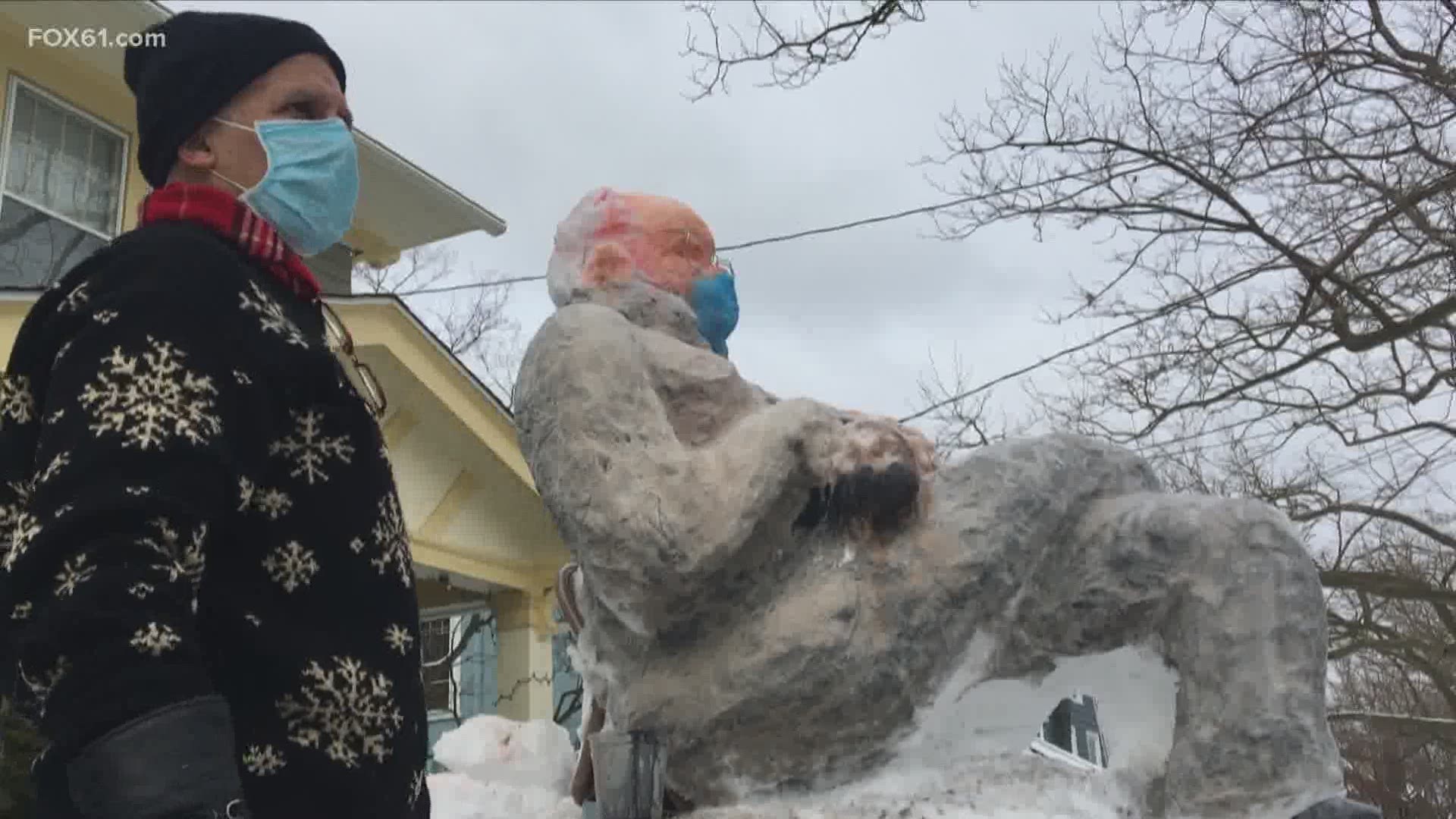 According to him “I remember when I was a child – the snows of old – they were huge!”

As a grownup, he’s become well known for his snow sculptures.

For him? It’s a nod to his childhood. In front of his house. In years past – he’s made dragons and buddha’s – even his version of a President “Snowbama”….but this year, he went with a popular meme for his latest inspiration.

“The inspiration comes from something fairly universal in theme, and on the uplifting side – that brings a smile to everyones faces.”

Now Senator Bernie Sanders – and his mittens live on, sitting head and shoulders above Westville.

“This meme has been circulating for weeks now.”, he says.

If you want to head to Westville for a view – move quickly – the longer the weather stays mild, the shorter his art hangs around.