In Bethany, a table-top Christmas tree grows to 97-feet, as generations celebrate

"That's what it's all about: family, and passing on traditions." 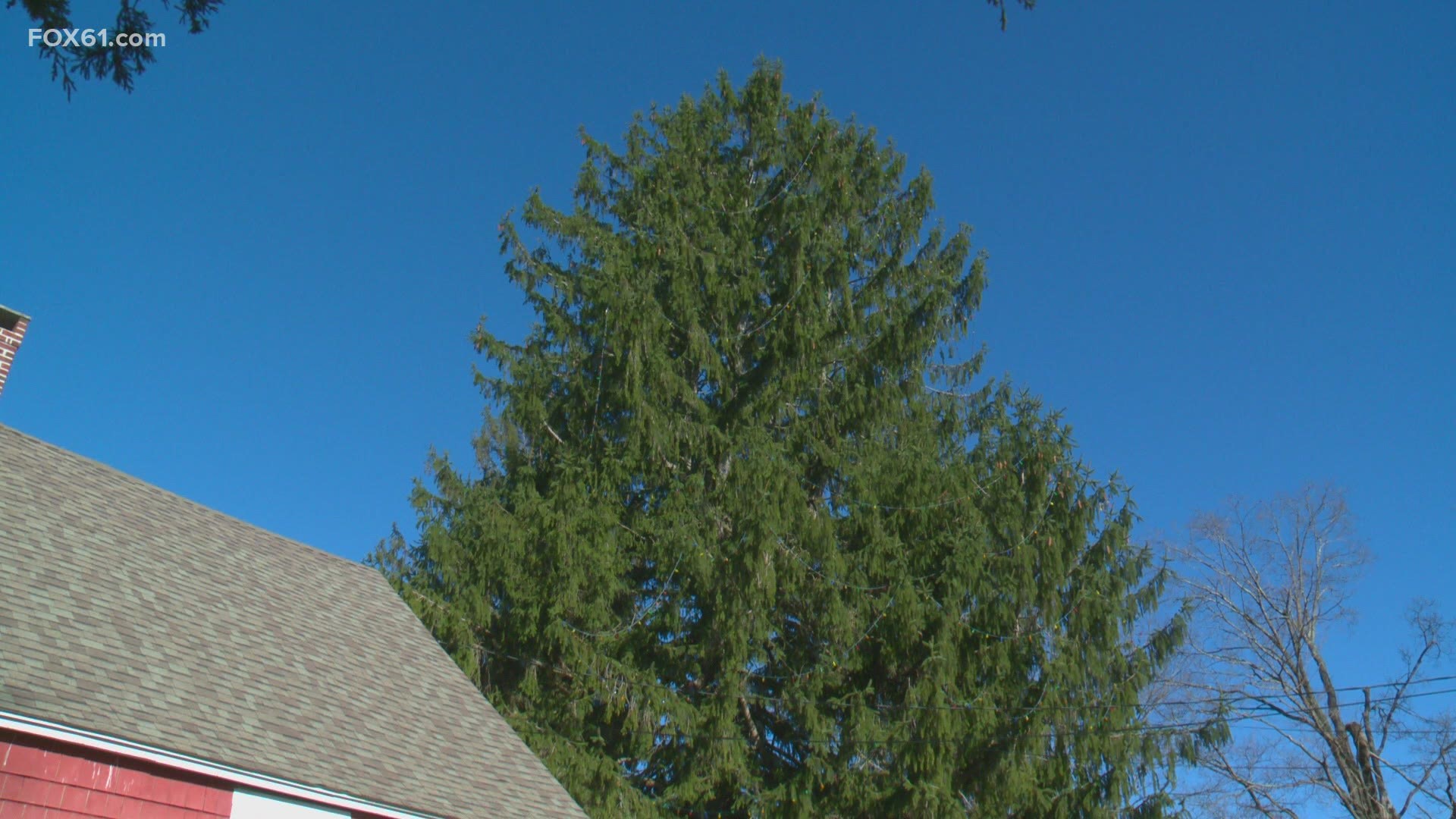 BETHANY, Conn. — While tourists flock to Rockefeller Center in New York City each winter to see the giant Christmas tree, people in the small town of Bethany don't have to travel so far to see one.

Standing at an estimated 97 feet tall, it's on the Russell Farm property on Round Hill Road and it's been there for decades. It started off as just a small present.

"My mother had given it to my grandmother for a Christmas gift and it sat on the kitchen table," said Ed DeCosta of New Haven.

It was planted outside and from then on was decorated every year.

"I remember it considerably smaller, that's when we used to play in it, climb in it, we used to climb it to decorate it," said DeCosta.

As the tree grew, and grew, so did the family, and it became a tradition that could be passed on.

"It's just amazing because I can remember being a little kid, coming down here and watching it being decorated and now to be a part of it and knowing that we can pass it on to the next generation and the next generation," said Amy DeCosta of West Haven.

After the tree's original owner, Olive Russell died in the 1980s, the family stopped lighting the tree. However last year, they decided to start once again, bringing the family together during the holidays and keeping her memory alive.

"She would sit there and count how many cars would actually go by and tell everybody, oh we had 60-something, or however many cars would go by, and that was like her thing every year," said DeCosta.

The house itself has a story too; it's stood there since the 1700s and because it was donated to the Bethany Historical Society, that's where it will remain.

"If it had not been donated, probably it would have been several other small houses here now," said Les Warner, president of the Bethany Historical Society.

The branches of this family tree will be lit up through the month of December and for many Christmas seasons to come.

"Not everybody has a 97-foot tree that basically all of your relatives have lived through, so I think that's super-super cool," said Nicole Foster of West Haven.

"I can't even explain, it's just so... it's sentimental, we just want it to keep going. That's what it's all about: family, and passing on traditions," said DeCosta.