Phylicia Rashad, who played Clair Huxtable on “The Cosby Show” from 1984- 1992 graduated from Howard with a bachelor's degree in fine arts in 1970. 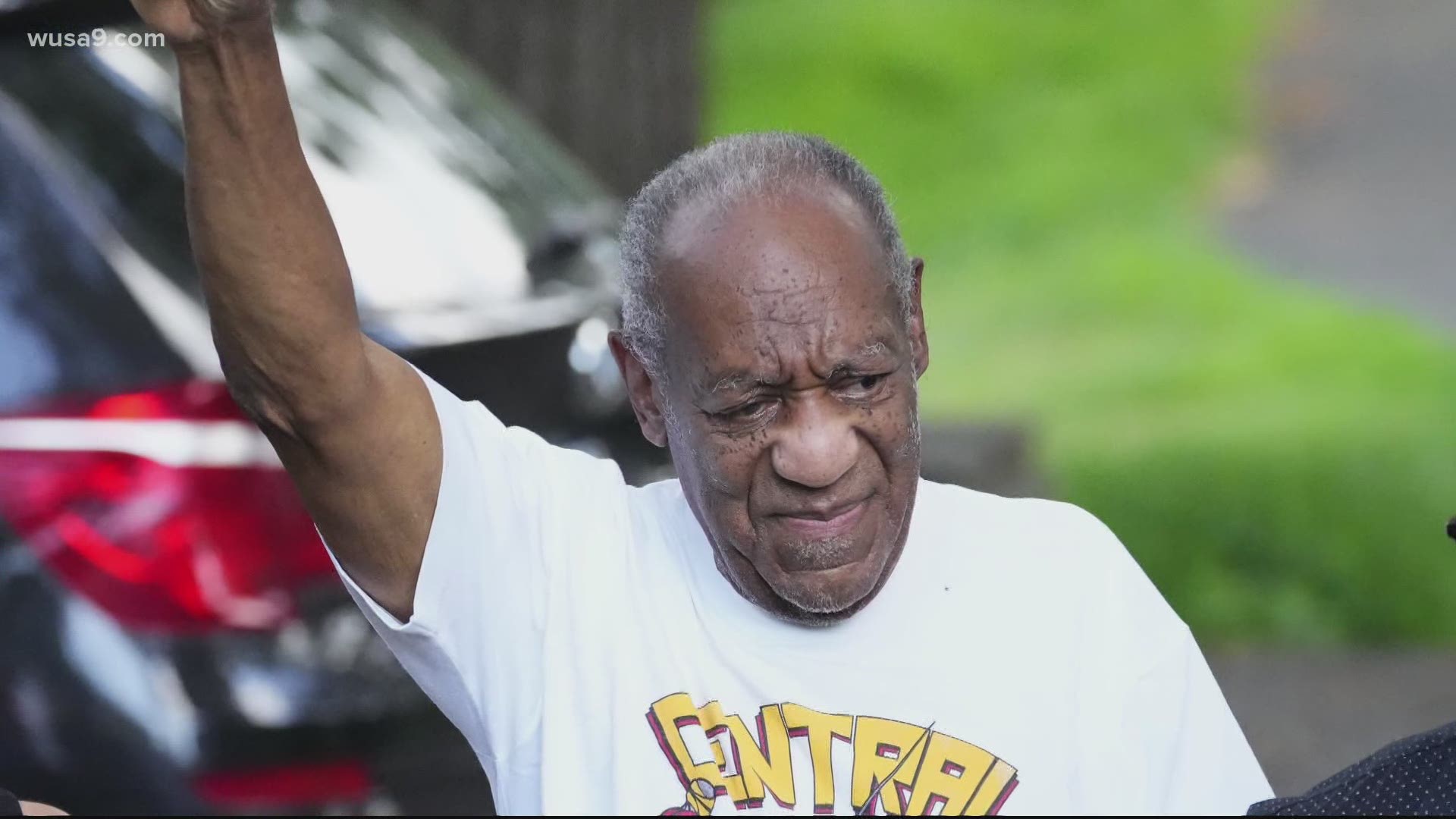 WASHINGTON — Bill Cosby's former "TV wife" tweeted her support for his release from prison Wednesday, calling his conviction a "miscarriage of justice." The 83-year-old former comedian was released from a state prison outside of Philadelphia after Pennsylvania’s Supreme Court overturned his sexual assault conviction.

The tweet from famed actor Phylicia Rashad quickly drew criticism, including from survivors of sexual assault, and replies on the tweet were limited only to people who Rashad follows.

"FINALLY!!!! A terrible wrong is being righted- a miscarriage of justice is corrected!" the tweet read.

"I fully support survivors of sexual assault coming forward," she tweeted. "My post was in no way intended to be insensitive to their truth. Personally, I know from friends and family that such abuse has lifelong residual effects. My heartfelt wish is for healing."

Cosby was convicted in 2018 of three aggravated indecent assault counts and deemed an "imminent safety risk to women." He was found guilty of drugging and violating Temple University sports administrator Andrea Constand at his home in 2004, and had served 3 years of his 3-10-year sentence. He was the first celebrity convicted in the #MeToo era.

Most days can be tough for us survivors of sexual assault. But today is pretty bitter for me especially when a woman I looked up to growing up can be so callous about the testimony of courageous women who came forward. https://t.co/VH1bXOUZSG

"Survivors of sexual assault will always be our priority. While Dean Rashad has acknowledged in her follow-up tweet that victims must be heard and believed, her initial tweet lacked sensitivity towards survivors of sexual assault. Personal positions of University leadership do not reflect Howard University's policies. We will continue to advocate for survivors fully and support their right to be heard. Howard will stand with survivors and challenge systems that would deny them justice. We have full confidence that our faculty and school leadership will live up to this sacred commitment," the statement read.

In a statement following her announcement, Rashad called it a “privilege” to play a role in “reestablishing the College of Fine Arts.”

Howard University President Wayne Frederick said that Rashad “will play an instrumental role in ensuring an auspicious beginning for this reestablished institution.”

"I can think of no individual better suited to take on this role than Ms. Phylicia Rashad," Frederick said in a statement following the announcement.

Other notable Howard Fine Arts alumni include actors Taraji P. Henson and the late Chadwick Boseman, as well as Bradford Young, the first Black cinematographer to be nominated for an Oscar for 2017′s “Arrival.”

Howard University recently renamed its College of Fine Arts after the late actor, director, writer and producer Chadwick A. Boseman.