The eighth-grader competed against the state's top 13 spellers in a virtual ''spelldown," which lasted about 2 and 1/2 hours and 10 rounds. 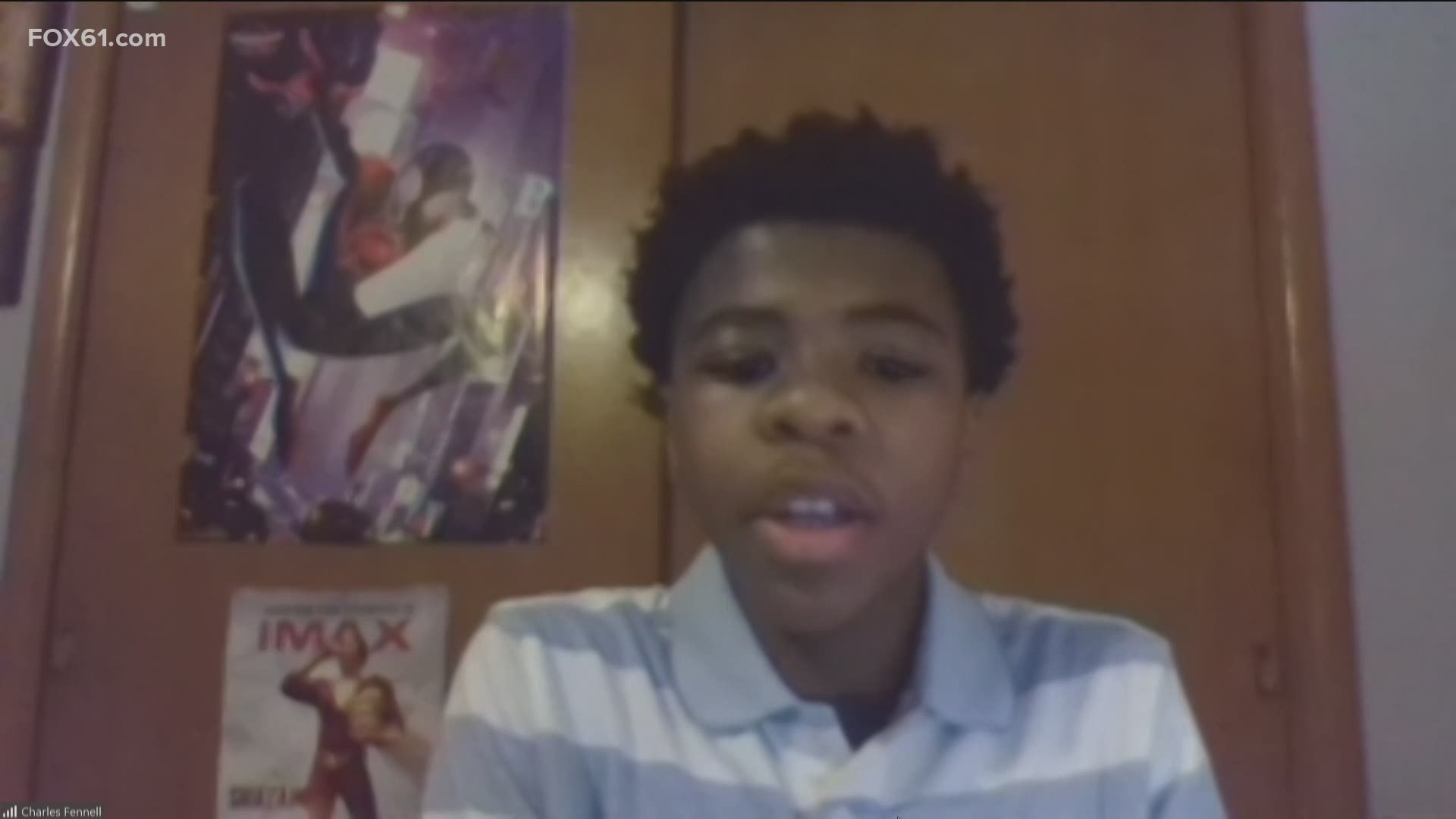 The spelling bee was held virtually between the state's 14 top spellers ranging from third grade to eighth. To qualify, students had to be the winner of their school-wide spelling bee.

Interviewed on the FOX61 Morning News, Charles said he felt excitement and relief when he won.

"I put countless hours of work into spelling. Lots of hard work and effort and the end result paid off," he said.

The "spelldown" lasted about 2 1/2 hours and 10 rounds. For the final word, Fennell spelled "cataphora" to win the title.

Cataphora is a noun and it is the use of a grammatical substitute (such as a pronoun) that has the same reference as a following word or phrase. Charles said he knew the word and took his time spelling it out.

"I wasn't as nervous as it used to be, but there was pressure to do well," he said.

Charles said he was motivated by other spellers from Bloomfield and watching movies about spelling bees like  "Akeelah and the Bee" while he was in third grade.

Fennell will represent Connecticut at the Scripps National Spelling Bee, with portions of the event being virtual.

Scripps did announce there would be an in-person bee in Florida during July of the country's top 10-12 spellers. A group that we all hope Fennell will be among.