The incident happened Sunday evening between officers and a suspect who was being arrested for larceny. 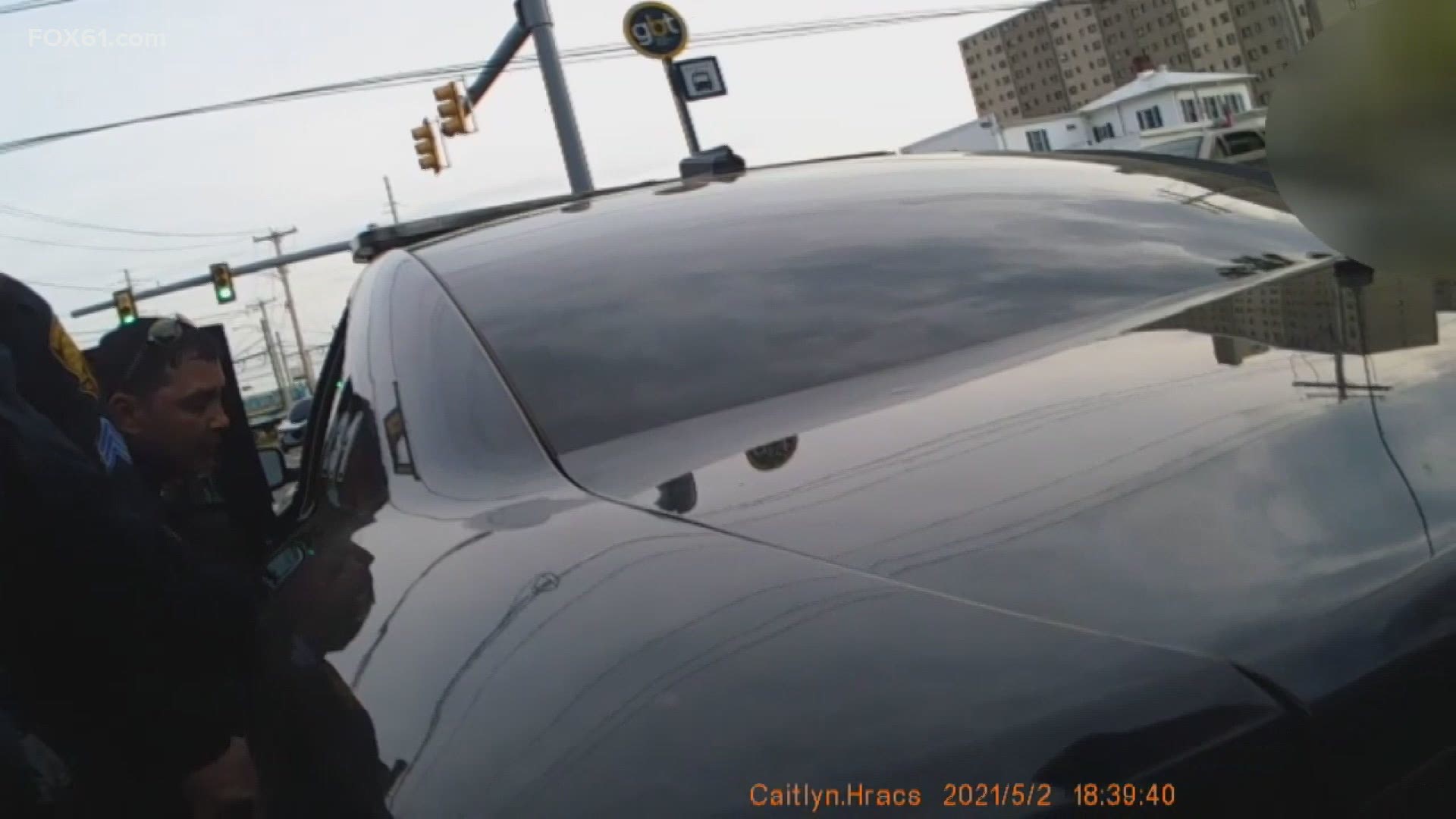 BRIDGEPORT, Conn. — Bridgeport police have released footage from several body cameras and a back seat camera regarding an arrest that happened on Sunday evening. According to a witness, the arrest happened on Barnum and East Washington Avenue.

The videos show a man being arrested with multiple officers surrounding him. Officers are heard explaining to him that he was being taken in on larceny charges.

The suspect says he is not going anywhere and soon a struggle breaks out between him and officers. In the background, you can hear asking someone asking the suspect to stop resisting. Police have not identified the suspect.

At one point, an officer opened the cruiser passenger door facing the street to help subdue the suspect. The video ends with the suspect resting in the car.

Police say they released these videos in "the interest of full transparency."

A viewer video showed another angle of the interaction, at one point showing an officer placing the suspect in a headlock. The viewer is heard yelling for the officer to stop.

Bridgeport police say they are aware of the video and add that mace was used "which may have caused an otherwise involuntary reaction."

There is an administrative investigation into the actions by the officers involved.

Police released a statement that read in part:

The Bridgeport Police Department is committed to partnering with the community and providing quality police services while remaining open and as transparent as possible.