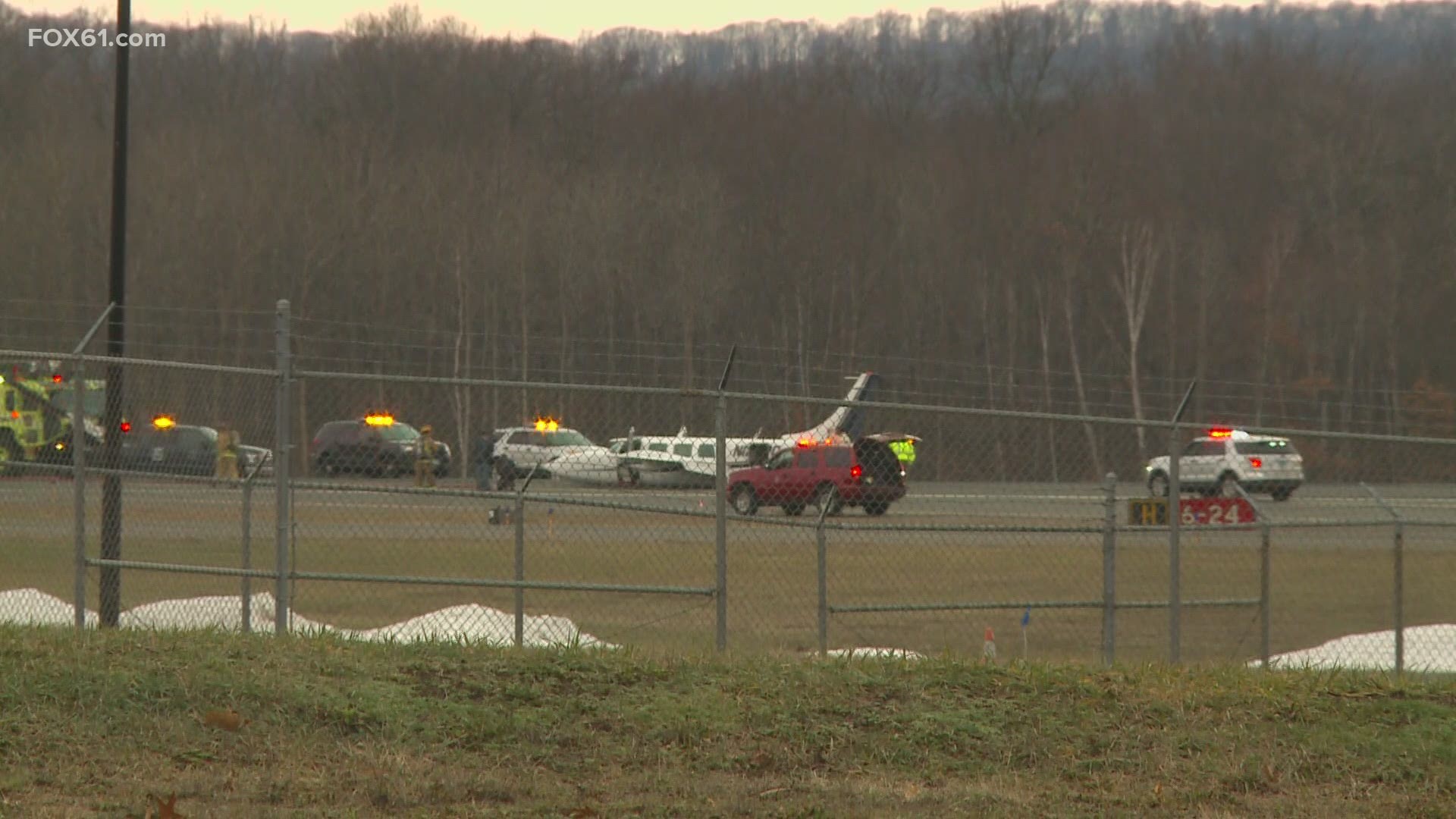 The Piper Aerostar aircraft was forced to make a "belly landing" because of a landing gear issue, according the Connecticut Airport Authority. Two people were on board the plane.

No injuries have been reported.

The airport is open.

State Police and a fire company were called to the scene.

An ambulance was on the runway after the landing.

BREAKING: A Piper Aerostar aircraft landed at Bradley Airport gear up after reporting a landing gear issue. 2 people were on board, no injuries were reported. The airport is open. @FOX61News pic.twitter.com/Dm1Jy6R2N4

This is a developing story, check back for more information.