Dog found abandoned in Branford, on the road to recovery

The shelter said that the dog was at least 10-20 pounds underweight and had démodex mange, overgrown toenails, and had pressure sores from being crated 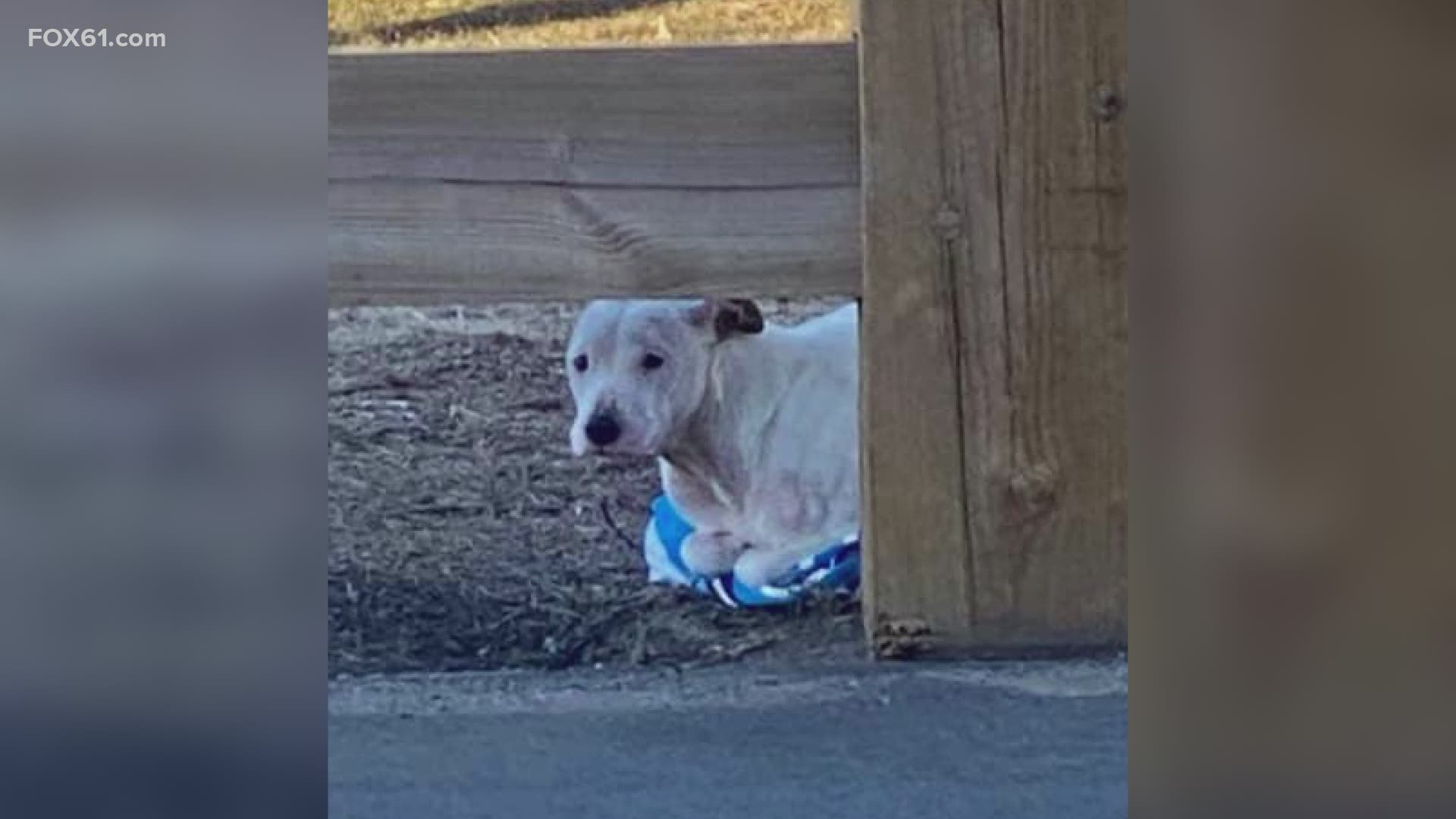 BRANFORD, Conn. — A neglected, abandoned dog is being nursed back to health by Branford's Dan Cosgrove Animal Shelter and they are asking for the public's health in finding those responsible.

Saturday night, on what was the coldest night of this winter season so far, a dog, believed to be a two-or three-year-old pit mix slept in near parking lot, on a towel.

"We received a phone call around 7 o’clock in the morning (Sunday) from somebody who was jogging in the center of town near the Branford Community House," said Laura Burban, the Director of the Dan Cosgrove Animal Shelter.

The dog, which the shelter staff has named Lincoln, wasn't thrilled to see the animal control officers, even after spending the night in the cold.

"When they got there, they could tell the dog had been abandoned and that the dog was scared," Burban said.

Noticeable is the pink hue to his skin from being outdoors, having mange and irritation from probably being cooped up in a crate

"When they don’t have a way to get out of their own urine or feces it tends to singe (the skin)," said Burban.

A shelter Facebook post says it appeared the animal was dropped off late Saturday night .The Branford Community House has cameras on the exterior.

"We’re looking into all of that right now," Burban said.

The Dan Cosgrove Animal Shelter wants to hear from you if you think you recognize Lincoln.

"We are going to be setting up a reward fund as well as we will be taking in donations for Lincoln," Burban said.

But, his condition has dramatically improved, she says, after 48 hours of round the clock veterinary care.

"Today is a completely different dog than what we had seen in a few days ago," she said.

The folks at Dan Cosgrove say Lincoln will need extensive rehabilitation so he will not be up for adoption for perhaps a month. But you can follow along on his rehabilitation on their Facebook page.