Tornado touches down in CT from Bethany to North Haven

The National Weather Service confirmed a tornado did touch down in CT Thursday afternoon. 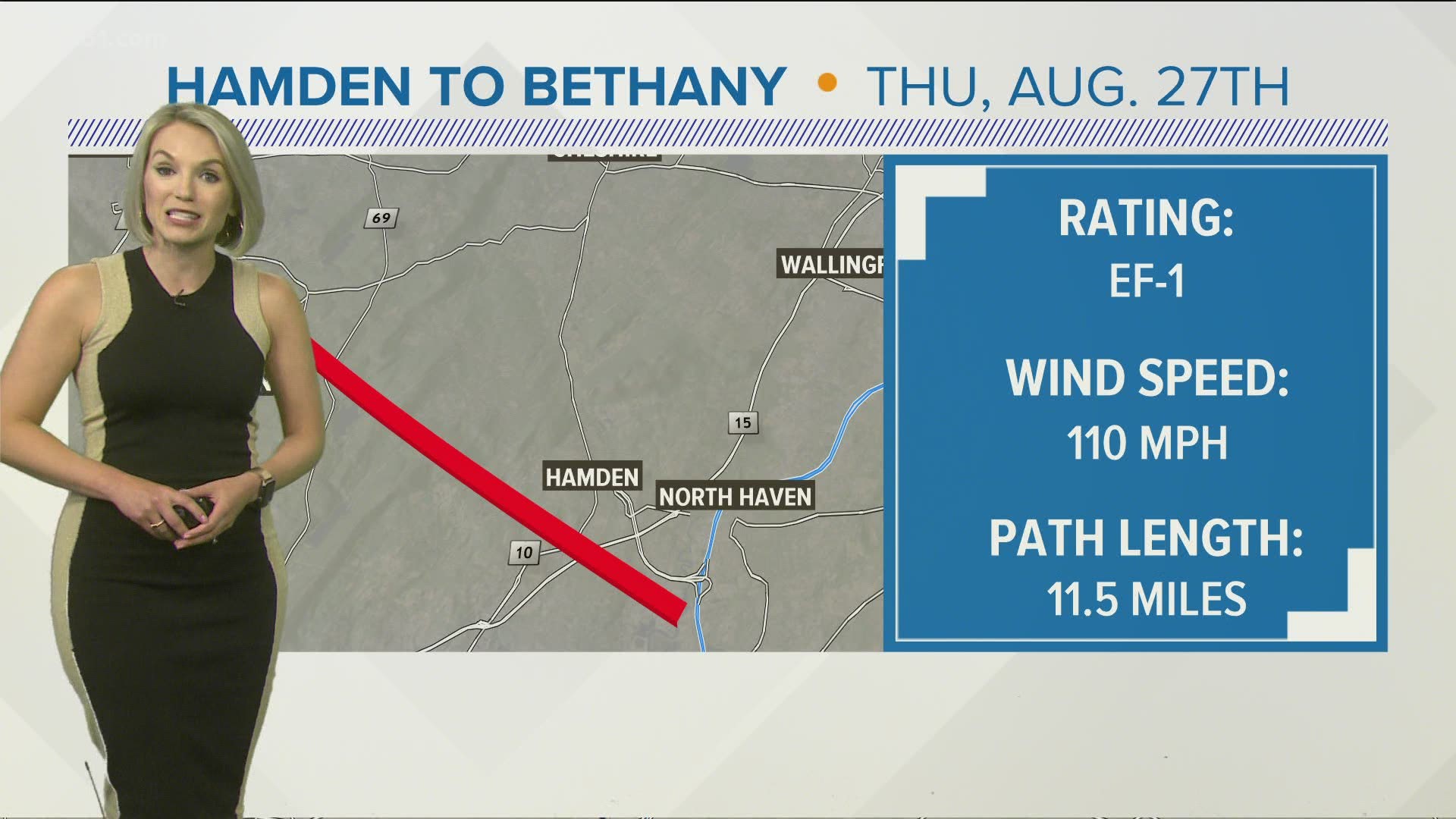 The tornado's path started in Bethany in a forested area near Judd Hill Road and began to move southeast. The NWS says it made its way in the forest near Amity road to Munson Raod towards Litchfield Turnpike. During this time, the tornado created a path of damage 75 yards wide and had winds speeds of 80 to 90 mph.

It then made its way near the center of the town of Hamden with wind speeds of 70 to 80 mph, according to the NWS.

The tornado was said to have reached its full strength as it passed the Wilbur Cross Parkway, I-91, and down into North Haven near Arrowdale and Thompson Street. The NWS says wind speeds reached 110 mph.

If you asked anyone in Hamden, North Haven, or especially Branford, they would tell you a tornado hit their towns Thursday.

While severe storms passed over the state yesterday, tornado warnings popped up as the storms headed further and further south into warm air. As it traveled, there was a part of the storm system that had such high wind speeds, it ripped off part of a building's roof in Hamden.

Many trees and powerlines also were taken down by the winds.

Videos of the storm show the sudden nature in which the winds came, and how quickly they left.

The storm caused tens of thousands of power outages but Branford suffered the most with nearly the entire town without power.

Parts of trees were seen suspended within the powerlines, cars were smashed, and trees once again fell on homes and across roadways. 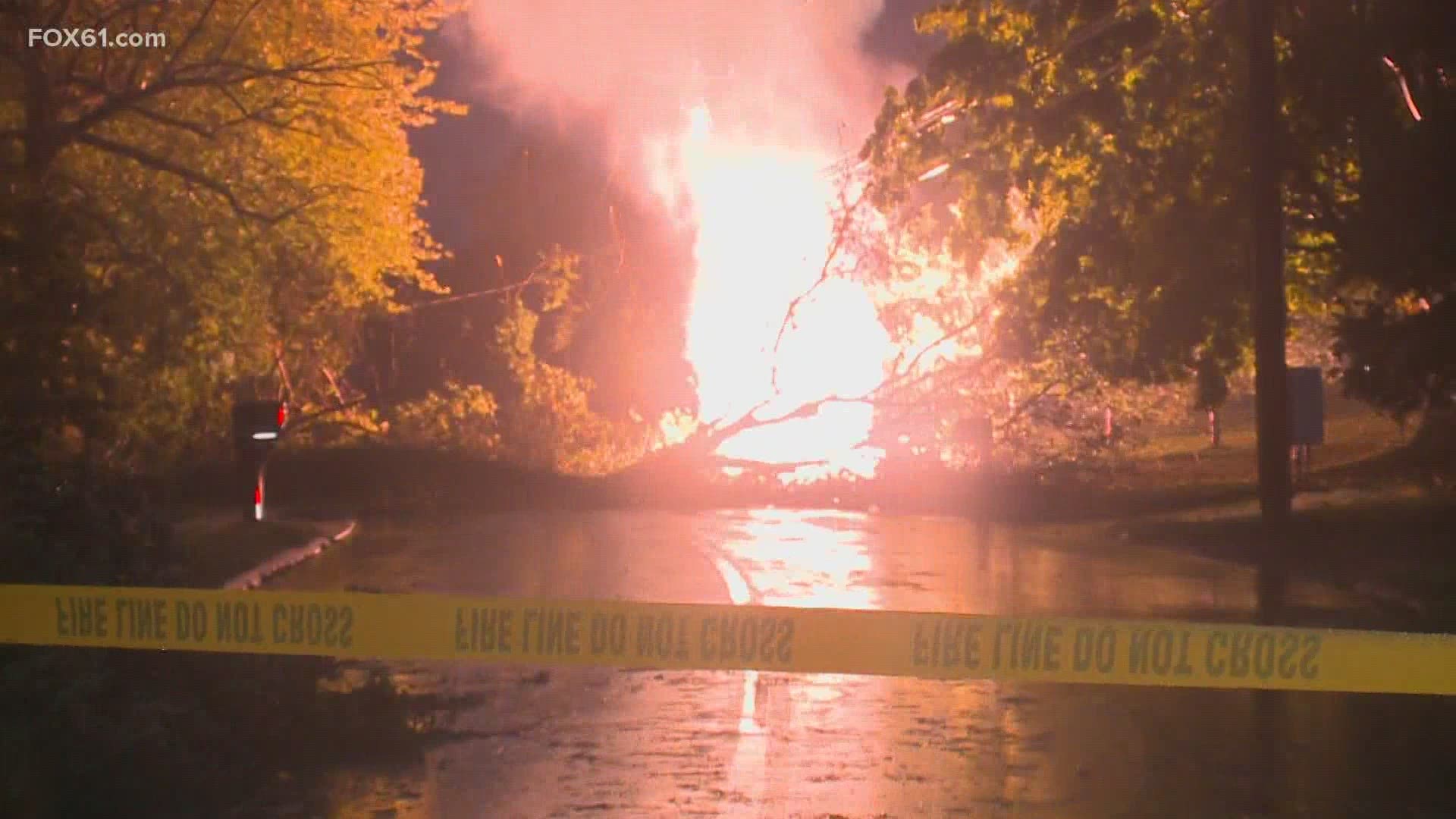 So, how do we know if it was a tornado and not a microburst or just a really windy thunderstorm?

The NWS has to determine if a tornado actually struck, so they deploy investigators to take surveys of the damage. They say they don't look at how much damage there was, but the pattern that the damage shows.

For their investigation into Thursday's storms, the NWS will be visiting East Haven, North Haven, and Branford. A decision could come as soon as Friday night. You can head here to learn more once it's announced.

Here's what they say the damage difference is between a microburst and a tornado:

Connecticut is no stranger to tornadoes or microbursts.

In May 2018, Connecticut faced widespread damage from four tornadoes. Those storms affected Hamden, Oxford, Winstead, and Barkhamsted. Clean up from those storms took months.