The town is still reeling from the terrifying ordeal as they woke up Wednesday morning to buildings and cars riddled with gunshots. 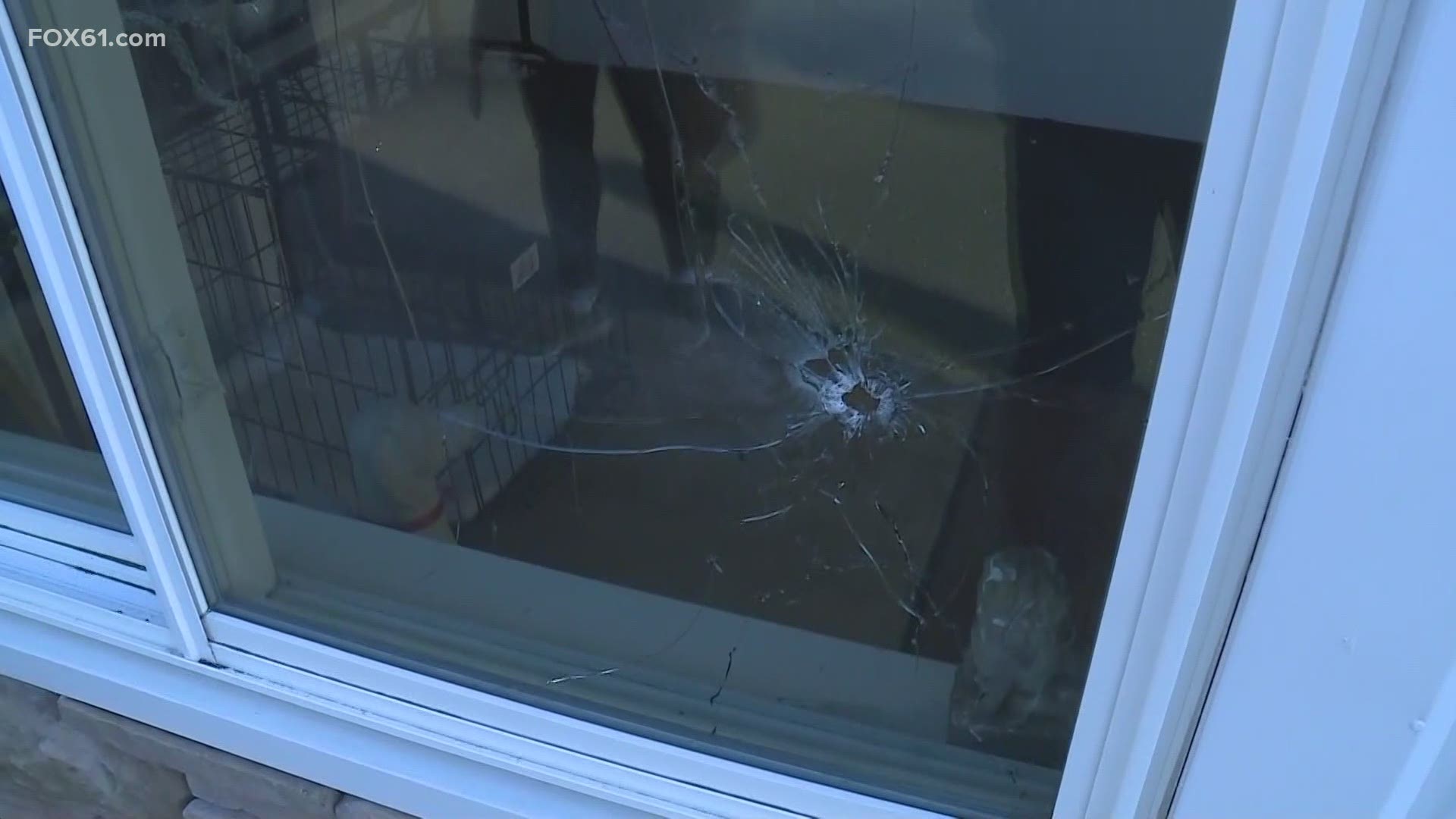 BRANFORD, Conn. — The man who barricaded himself inside a Branford home Tuesday and fired numerous gunshots at nearby homes, cars, and police has been identified.

The medical examiner’s office identified the suspect as Matthew Walker on Wednesday. He died from a gunshot wound to the head.

The identification comes hours after police provided some more details into the hours-long standoff.

"The number one priority of our agency is the safety of our community," Branford Deputy Chief John Alves said during a press conference earlier Wednesday. "Yesterday was a very difficult day for the town of Branford, we were very, very fortunate that more lives were not lost due to this incident."

He said the investigation is still very active as they try to understand the man’s motive for shooting out of the building and holding back responding police.

Police responded around 12 p.m. Tuesday after receiving reports of gunshots from a home near Cherry Hill Road. Witnesses told FOX61 that at least 20 gunshots were heard ringing out from the house. 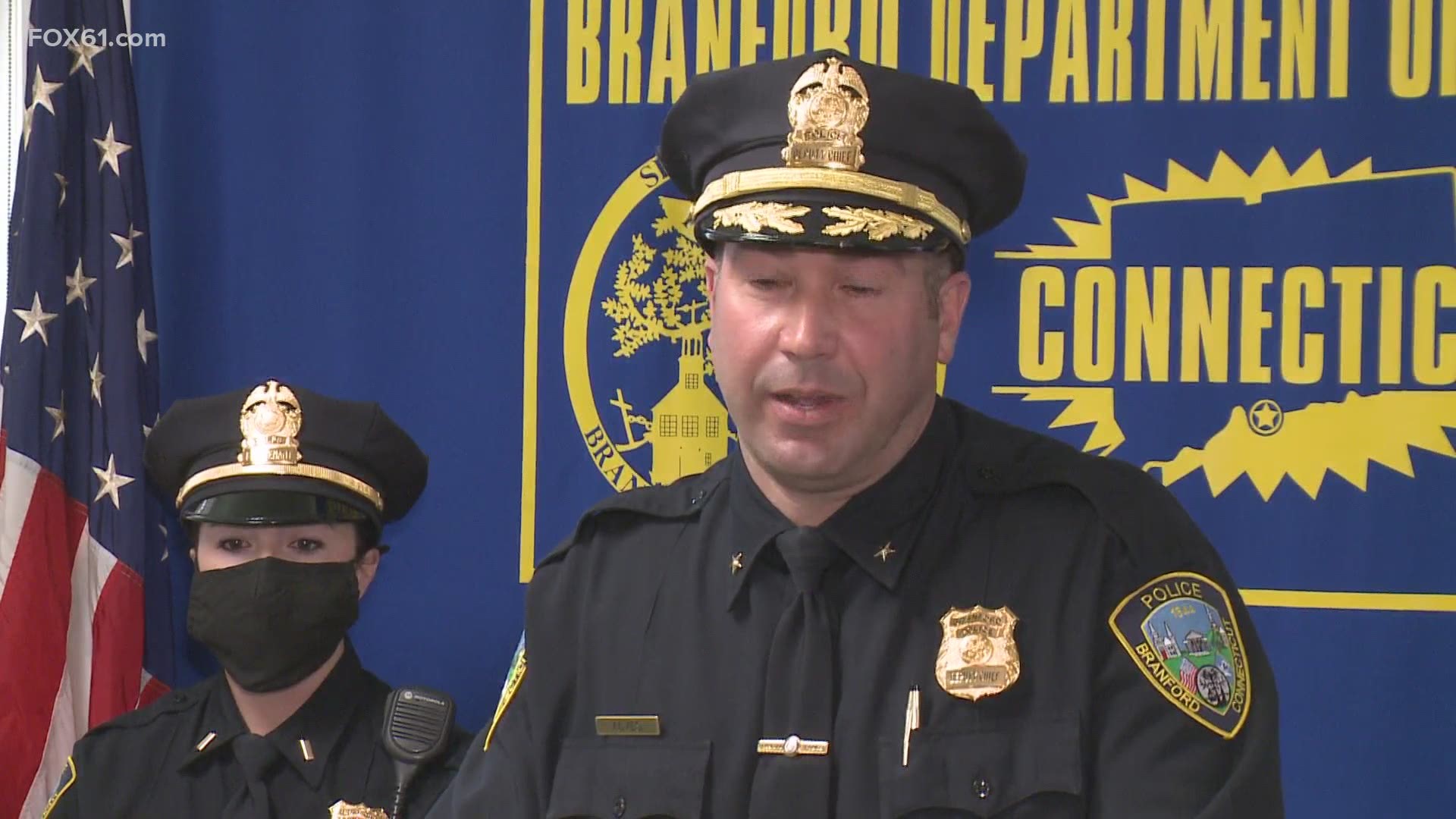 Alves said responding police officers returned fire at the home. They learned one person was struck by a bullet shot by the suspect. The victim was transported to the hospital with non-life-threatening injuries and is currently in stable condition.

"Our officers bravely responded to the report of an active shooter and were on the scene in 90 seconds," said Alves. "They were met with a barrage of heavy gunfire and officers on the scene returned fire."

Police attempted negotiations for several hours but were unable to establish contact with the suspect, who they said was alone inside the home. Around 6 p.m., New Haven police sent in a robot and discovered the suspect dead from a self-inflicted gunshot wound, officers said.

He said the investigation is ongoing and they are looking into the suspect’s background.

Detectives said Wednesday that the suspect used “multiple caliber weapons” and had “plenty of ammunition” on him. They said the suspect did have some legally registered guns, but it is unknown at this time if they were all registered.

Motive is still unknown at this time.

Around Branford, neighbors and residents were still reeling from the terrifying ordeal as they woke up Wednesday morning to buildings and cars near Cherry Hill Road riddled with gunshots.

“This is fixable, but it's unnecessary," Colleen Hainsworth, the owner of Angel Paws Dog Grooming & Spa told FOX61 News. "If gun violence has to touch your life, I guess this is the best way for it to happen - while no one's in the building."

The grooming store is located across the street from where the whole ordeal went down and is littered with gunshots. She said thankfully her business was closed because of a funeral or it could have been a deadly scene inside.

"It's just beyond comprehension that this kind of a thing would happen and I'm just so thankful that -- knowing the bullets were actually coming in this direction -- I'm thankful that there wasn't anybody here to have to survive it or get hurt by the situation,” Hainsworth said.