Police say Matthew Walker, found dead in the building, had plenty of ammunition for the multiple long guns and handguns he used. 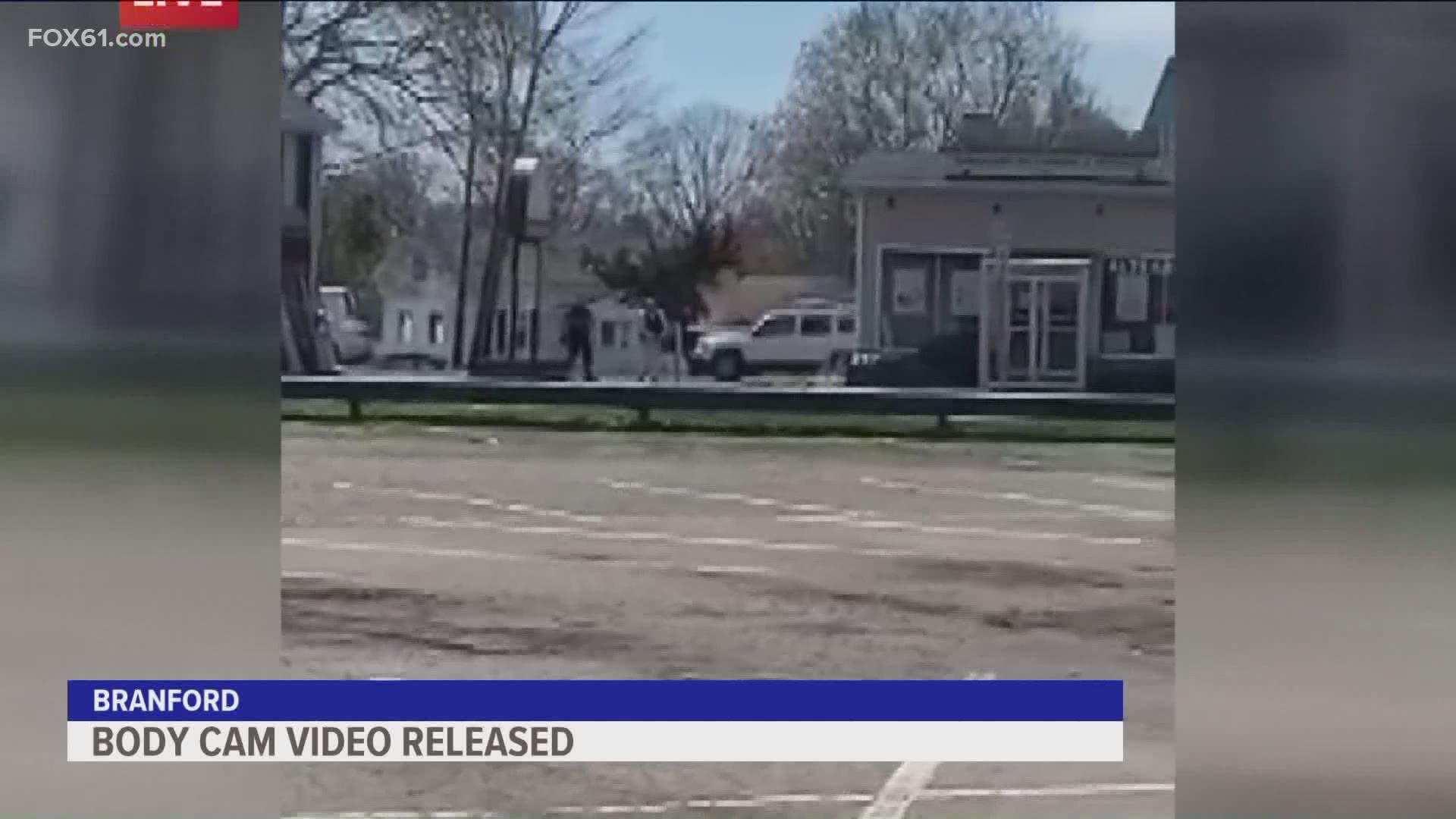 BRANFORD, Conn. — Newly released body camera footage shows how police officers were pinned down as gunshots flew past them during a tense standoff in Branford last week.

The footage from the Branford Police Department captured the sounds of gunfire that rang out from a home on Cherry Hill Road on April 13.

"The initial reports were of an active shooter with 30 rounds already fired," Branford Police Chief Jon Mulhern told FOX61 News. "When officers arrived they were met with heavy gunfire – a barrage of rifle fire from an elevated position."

The suspect, later identified as Matthew Walker, was firing multiple rounds through the upstairs window, pinning down at least two responding police officers.

The footage shows how the police officers came up with a plan to move a vehicle to shield the officers from Walker’s gunshots and get them to safety.

“The gunfire was coming from an elevated position and the gunman did not present himself," Mulhern continued. "He was in a position, a secluded position, where they couldn’t see him, and he would fire from multiple sides of the building. We did not know if there were relatives or family members, or there is a business below – [officers] did not know if he had hostages."

Mulhern said his team did eventually return fire and said that releasing the video was important.

"I think what [the footage] shows is that policing is a difficult profession," he said. "Every day you come to work and some officers will never face what those officers faced that day. But the courageousness and how they handled it... what struck me was how calm they were in the face of danger."

One person – identified as Ashwin Patel, the owner of Shoreline Wine and Spirits – was struck by one of Walker’s bullets. He was transported to the hospital with non-life-threatening injuries. After emergency surgery to remove the bullet, Patel is expected to make a full recovery, his family has said.

Throughout the standoff, police attempted negotiations for several hours but were unable to establish contact with Walker, who they said was alone inside the home. Around 6 p.m. that evening, New Haven police sent in a robot and discovered Walker dead from a self-inflicted gunshot wound.

Detectives said last week that Walker had used “multiple caliber weapons” and had “plenty of ammunition” on him. They said Walker did have some legally registered guns, but it is unknown at this time if they were all registered.

The incident rattled residents in Branford, who were forced to shelter in place during the standoff and woke up to some homes, businesses and cars riddled with gunshots.

“I had clients and friends, that were in town that had gotten the alert, texting me, asking me if I was OK, asking me if everything was all right," said Coleen Hainsworth of Angel Paws Dog Grooming.