Police confirm suspect in Branford standoff that lasted hours, has been found dead

Law enforcement sources confirmed they sent a robot into the building and it looks like a man is laying on the ground not moving based off drone pictures. 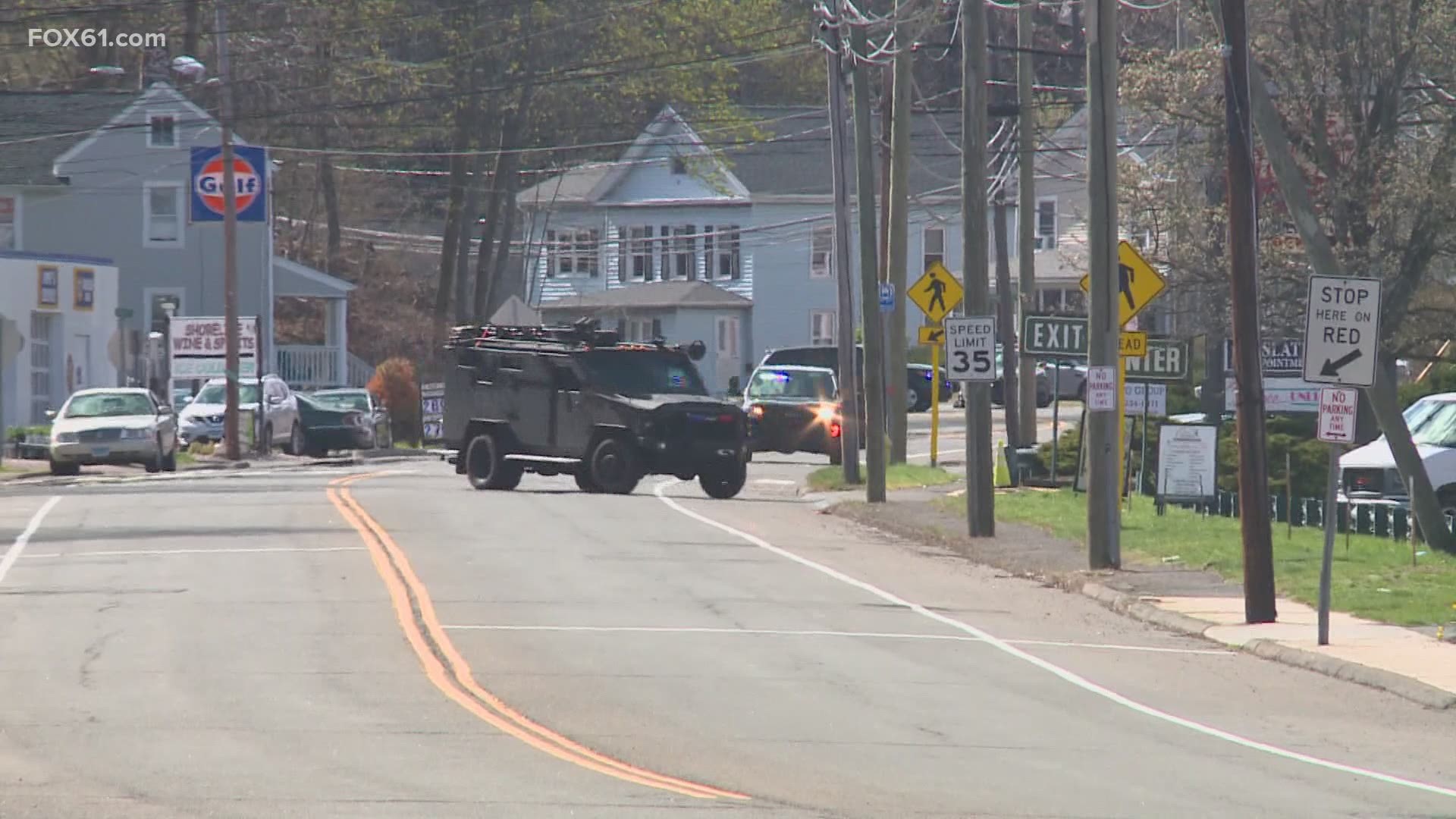 BRANFORD, Conn. — Branford police confirmed through their Facebook page that the suspect involved in the standoff, was found dead inside the building.

Officers reported to the residential and commercial area just after 12 p.m. Tuesday after reports of gunshots coming from a building near Cherry Hill Road. The building has a hair salon on the first floor and a residential apartment on the upper floor.

Police said responding officers received heavy gunfire coming from the upper floors of the business/apartment building. Additional 911 calls reported there was a gunshot victim nearby.

The victim was later transported to Yale-New Haven Hospital with a non-life-threatening gunshot wound.

The suspect then barricaded himself inside the building.

Police negotiators attempted to get the suspect to leave the building.

Witnesses told FOX61 that multiple gunshots rang from the home around 12 p.m. Tuesday.

"I was thinking it was an accident or something and my window was down, and I heard about five or eight shots go off," said Dave Driessens.  "I heard another volley of about 10 or 15 shots go off right after that."

"Everybody is either out of there or they are sheltering in place in the basements anyone around there," said Tom Novia.

New Haven police officers were seen building a robot to assist them.

Branford police confirmed later Tuesday evening that the suspect was found dead inside the building. The identity of the suspect has not yet been released.

Connecticut State police tweeted around 7 p.m. saying the area of Main Street in Branford has been cleared and the scene is safe with no threat to the public.