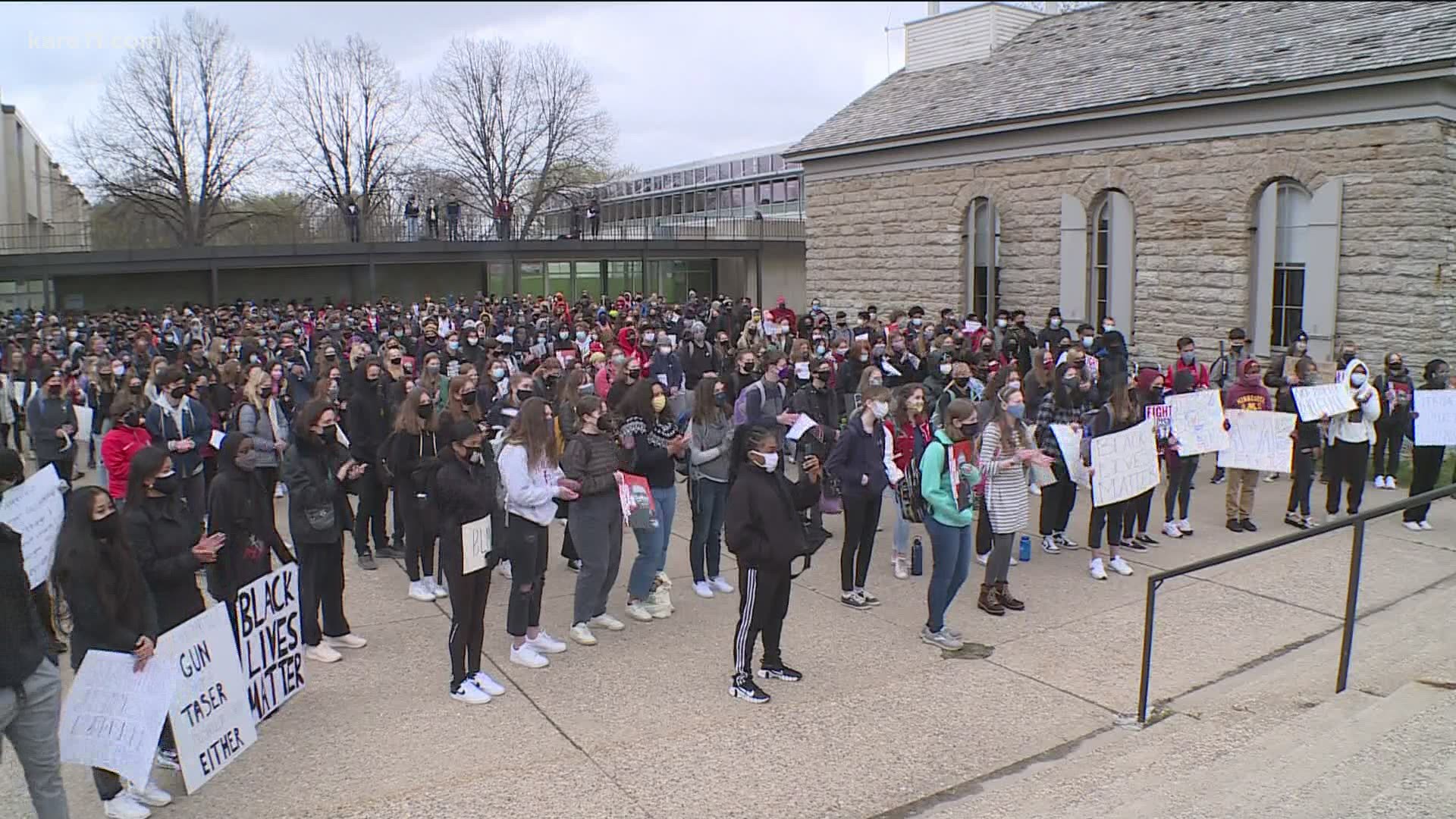 MINNEAPOLIS — At 1 p.m. Monday, students at more than 110 schools across Minnesota walked out of class and gathered to protest racial injustice, and honor the life of Daunte Wright and others killed during interactions with police.

It was a large show of unity that started with a small group of student activists.

"This walkout is about making a statement to, not only the school districts who do little to nothing about racism, but also to greater Minnesota," said Jerome Treadwell, President of the NAACP Youth Division in St. Paul and also one of the founding members of the @MNTeenActivists Instagram Page, which inspired the walkouts and helped organize communication around the events.

In Minneapolis, that meant helping students at several high schools, coordinate a single rally outside US Bank Stadium.

"Actions speak louder than words," Treadwell said. "We're able to walk out of class, not to defy what the school policy is, but to make a statement in our best way as youth. To ask for and demand justice and peace for everyone."

"We were first sparked by racism going on in some of the schools actually, at Champlin Park and Fridley," he said. "We started off with 10 followers, jumped to 600 followers, and it expanded - as we were kind of tripling - into the murder of George Floyd."

In the days that followed, the group attracted thousands of followers, so the teens began to use their platform to both speak out and help out their community financially.

"We raised over $80,000 to give to businesses on Lake Street who were harmed by some of the looting and the rioting," Treadwell said. "Now we're doing a GoFundMe for Brooklyn Center."

That effort has already raised nearly $17 thousand for Brooklyn Center businesses. Though he's thrilled with the financial support, Jerome says he's more impressed by the solidarity he witnessed on Monday, and the buy-in from students of all colors.

RELATED: 'It's just been nonstop': Outpouring of donations for Brooklyn Center community

"It's super inspiring," he said. "We're all junior and sophomores in high school, so to be able to cultivate a change in something that will benefit, not just your local area but all of Minnesota, is great. From having white allies to African Americans to teachers and parents supporting, it definitely tells all of us that this, indeed is relevant. We are at a time where people are desperate for change, where people are recognizing that there is something wrong, that there is a problem and that we need to be the solution."