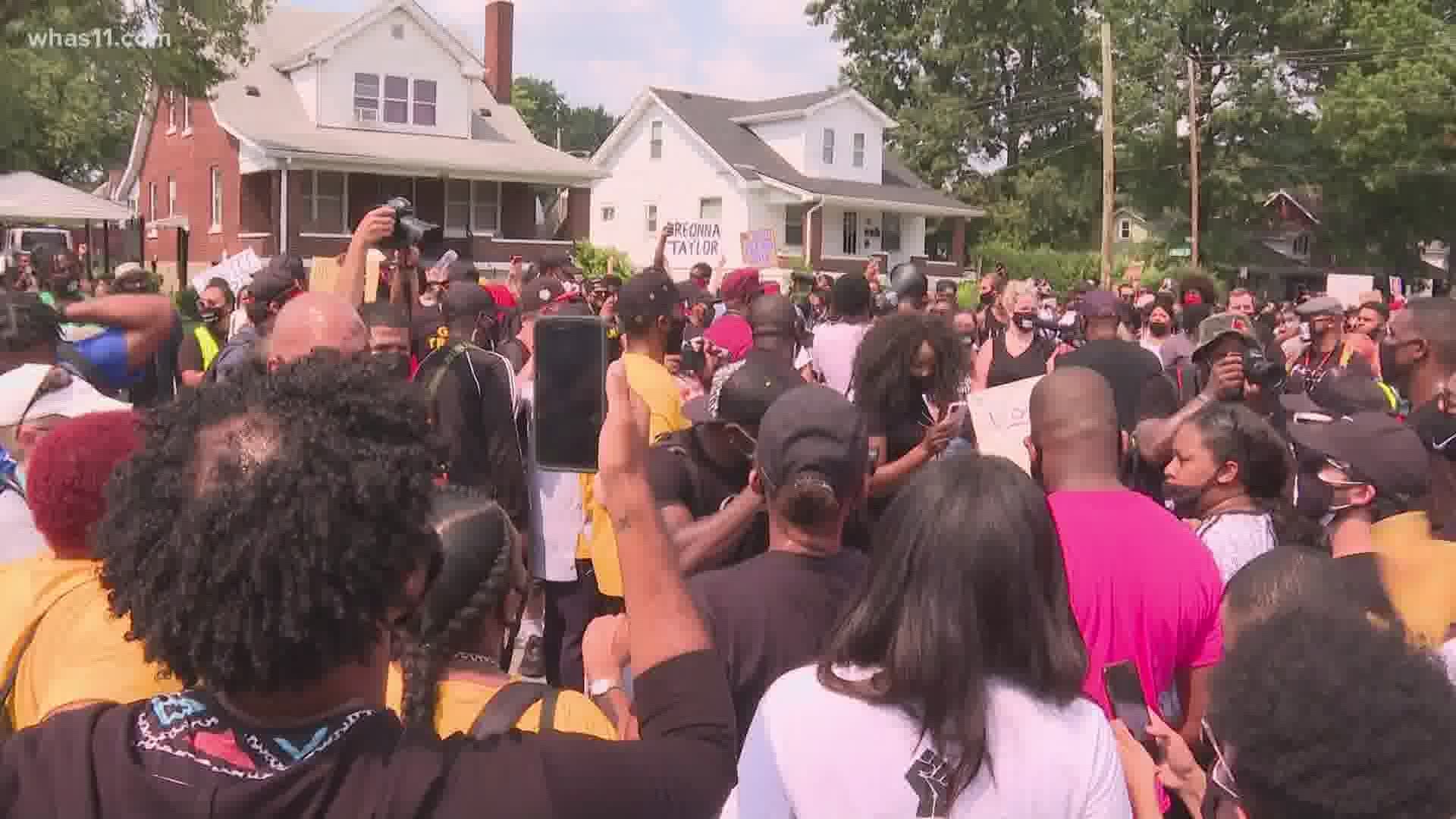 LOUISVILLE, Ky. — At least 71 people were arrested during national organization Until Freedom's planned demonstrations for justice in the death of Breonna Taylor Tuesday.

The group began marching from South Central Park to the Louisville Metro Police Department Training Academy at around 2 p.m. to begin what they deemed "Good Trouble Tuesday." Protesters could be heard chanting "Arrest the cops" and "No justice, no peace" while marching.

When they arrived at the training academy, the group put the phrase "I see murderers" on its marquee.

"We're not happy. The fact that Breonna Taylor hasn't had anyone be arrested for her murder in over 160 days is a disgrace. It's embarrassing. It's a spit in the face of the community and the black community, a spit in the face. We demand there be justice," Until Justice Co-founder Mysonne Linen said.

Protesters then went to Churchill Downs, putting a banner of Taylor outside the gate, chanting "F*** you Derby."

"What we hope to accomplish is to continue to bring light to what's going on. To the lack of accountability, the lack of justice," Linen said.

Police then blocked protesters from continuing to march in front of Cardinal Stadium. LMPD said protesters ignored police orders while blocking streets. In total, 71 protesters were arrested and will be charged with obstructing the roadway and disorderly conduct.

Police are circled around a group of protesters sitting on the ground. Leaders of Until Freedom are with the group. @WHAS11 pic.twitter.com/gPQsRIXUVj

LMPD released a video and statement on an incident that happened late Tuesday night.

According to police, several officers were pursuing a person they had tried to arrest on 6th St. around 11 p.m.  As one of the patrol cars was turning onto Cedar St., LMPD said a woman who had started to cross the street there jumped out of the way, falling and hitting her head on the ground.

The surveillance video released by LMPD showed the woman falling, as well as the officer driving the patrol car getting out of the vehicle and attending to her. LMPD said that officer also called for medical help. 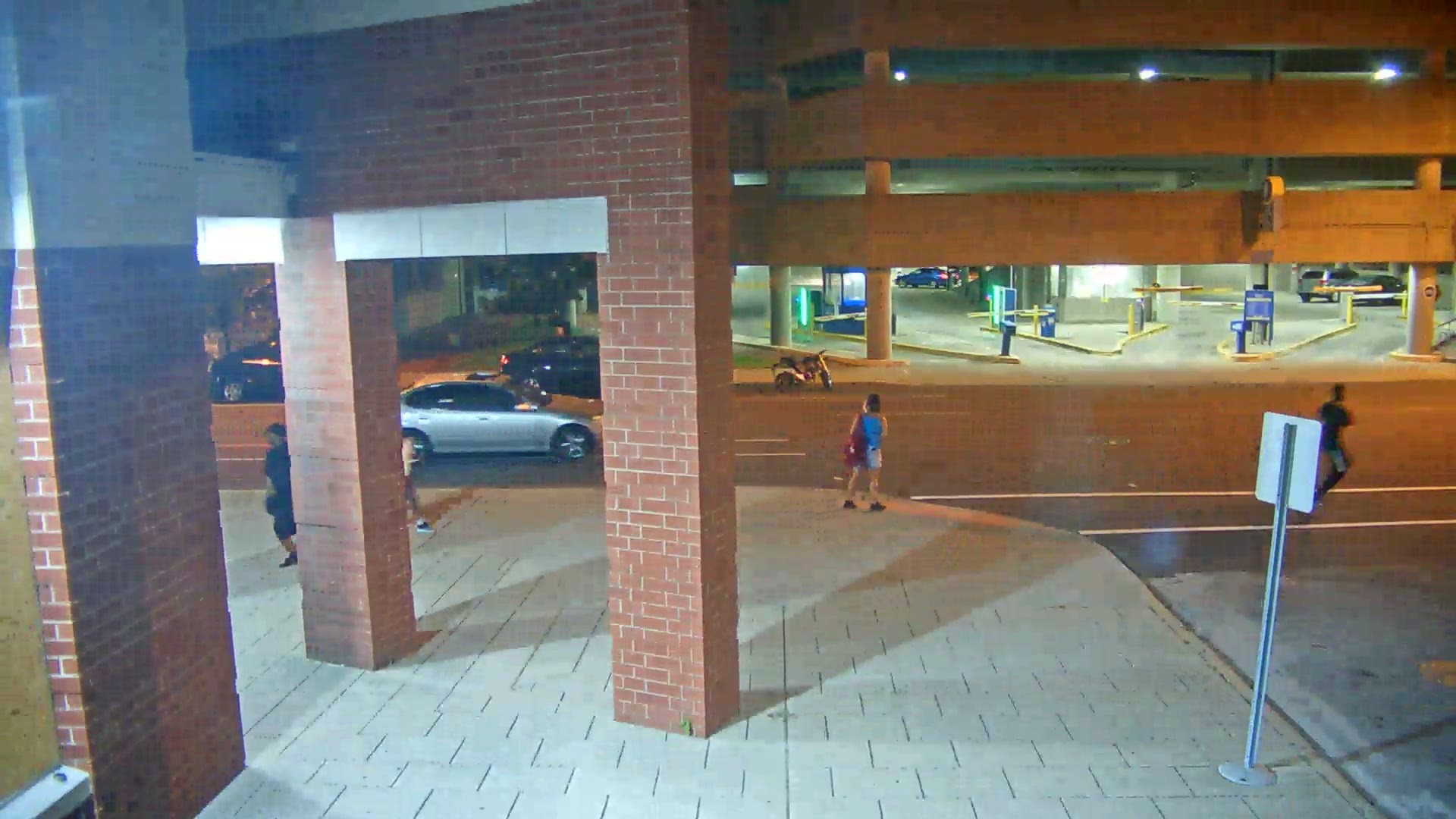 Co-founder Linda Sarsour prepared protesters and demonstration marshals before the march, saying they "don't want police to get involved in deescalation." Sarsour said the marshals will "police our own people" to make sure protesters "don't get hurt by police."

Fellow co-founder Mysonne Linen said that while they do not call their demonstrations peaceful, they will not be violent.

"We definitely be marching in solidarity and demanding justice for Breonna Taylor," Linen said. "We won't be violent, we won't be peaceful."

"We're not simply going to move on, we're going to keep pushing until the system changes around these cases," Lee Merritt, attorney for Ahmaud Arbery and George Floyd said.

Merritt, a legal observer at the protests, has participated in Louisville for months.

"Our goal is that they will hear us and we will continue to speak until they do."

WHAS11 will continue to update this story with more information as it is needed.