Brooklyn Center Police Chief Tim Gannon said he believes Potter, a 26-year veteran of the department, meant to fire her Taser, not her gun. 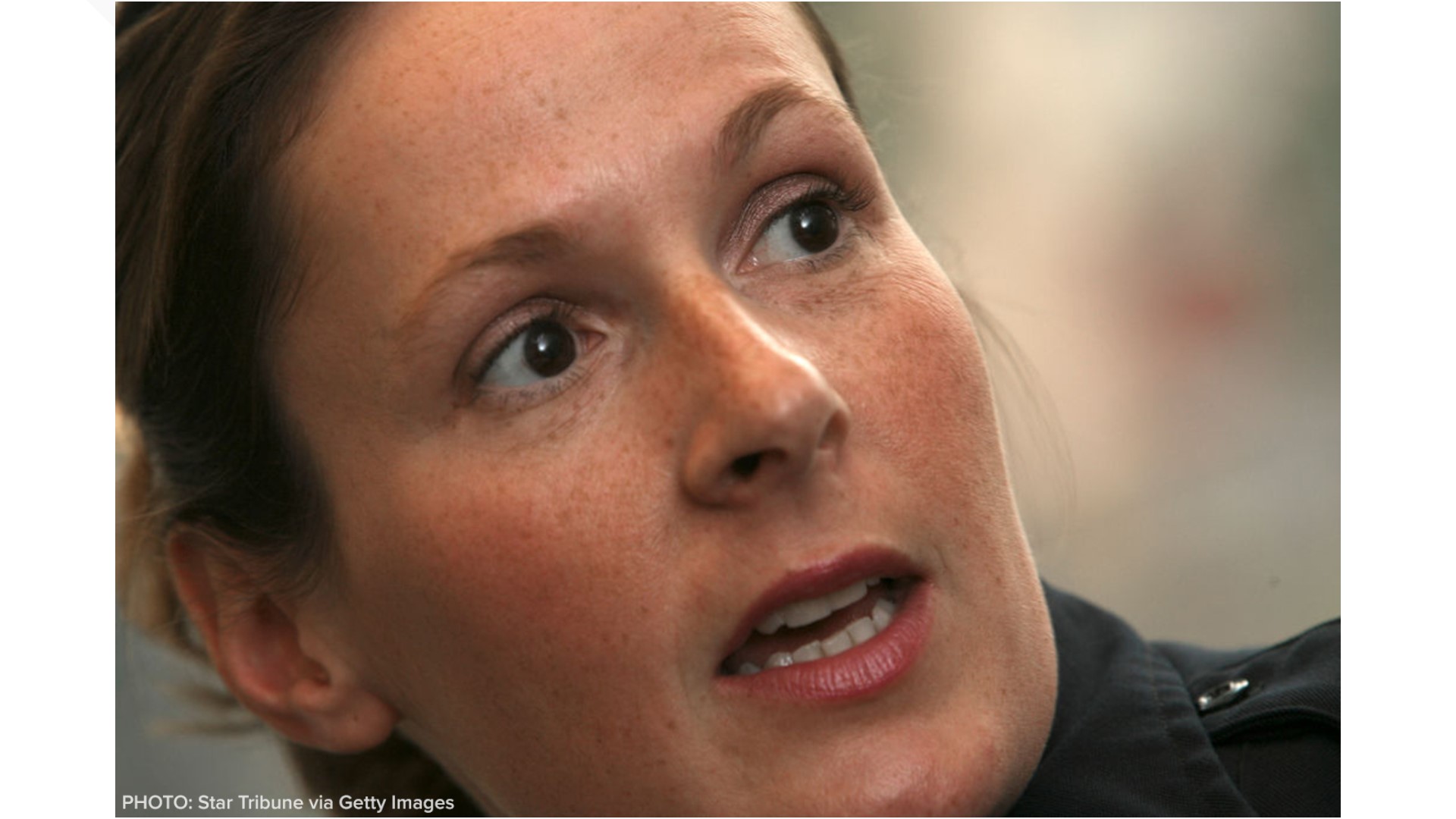 Officer Kim Potter has been identified by the Minnesota Bureau of Criminal Apprehension as the Brooklyn Center police officer who shot and killed 20-year-old Daunte Wright Sunday afternoon during a traffic stop.

Potter is a 26-year veteran of the Brooklyn Center police force, and as recently as 2019 she served as the police union president for the department.

The BCA investigation is still ongoing, and officials did not release any further information about Potter.

Credit: Star Tribune via Getty Images
File photo of Kim Potter, who has been with the Brooklyn Center Police Department for 26 years.

KARE 11 reporter and anchor Lauren Leamanczyk spoke with Washington County Attorney Pete Orput Monday night, who is handling the case. Orput plans to meet with the BCA Tuesday morning and also wants to meet with the Wright family.

The BCA just ID’ed the officer involved in the #BrooklynCenter shooting as Kim Potter, a more than 25-year veteran of the department. #DaunteWright pic.twitter.com/S9YdWnQbfK

Daunte Wright, a Black man, was pulled over just before 2 p.m. Sunday, April 11 for having expired tabs on his license plate, according to Brooklyn Center police, when officers realized he had an outstanding warrant for his arrest.

Officers attempted to take Wright into custody, but he re-entered the car and police body camera shows Potter, a white officer, pull her gun and shoot once. According to the Hennepin County Medical Examiner, Wright died from a gunshot wound to his chest.

Brooklyn Center police released that bodycam video Monday. You can read more about the video's contents and watch parts of it here.

In the video, Potter can be heard yelling, "I'll tase you," as Wright attempted to re-enter the vehicle. According to Gannon, it's part of the officer's training to notify fellow officers on scene, as well as the subject, that the officer will be using a Taser.

The body camera footage captures Potter raise her gun, and fire one shot at Wright. After the shot was fired, the car drove off and Potter can be heard immediately telling the officers on the scene, "I just shot him."

Wright's death has prompted protests, demonstrations and unrest in Brooklyn Center and parts of Minneapolis. Monday night hundreds of people gathered outside the Brooklyn Center Police Department even after a 7 p.m. curfew went into effect. That curfew, ordered for the Twin Cities metro area by Governor Tim Walz, expires at 6 a.m. Tuesday.