As lawmakers step in, business owners worry about the next electric bill

"These bills are what’s going to cost a lot of people to lose their businesses," said the owner. "They’re just not going to be able to afford to stay open at all.” 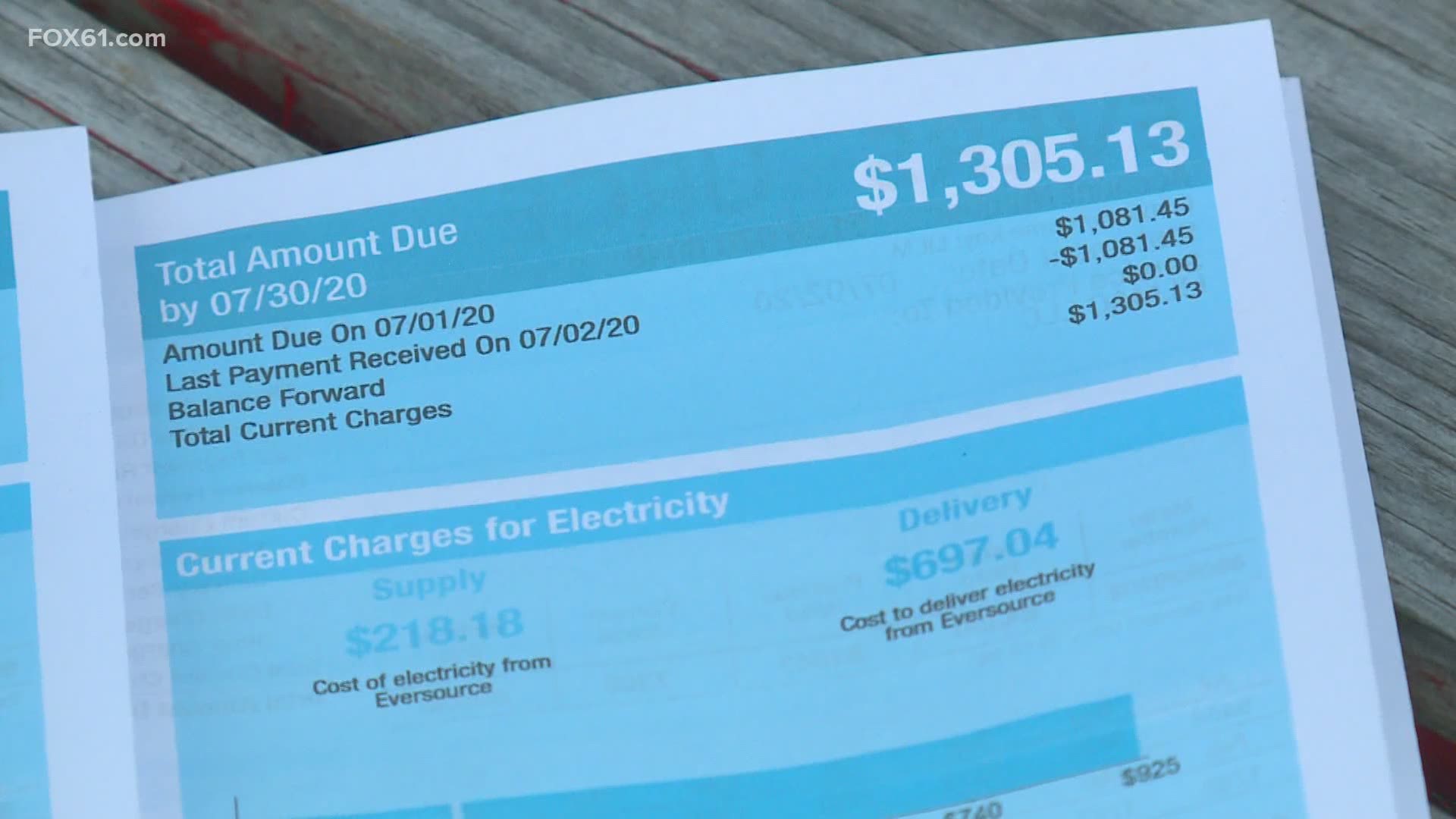 WINSTED, Conn — Lawmakers are getting involved after thousands reported alarming increases on their utility bills from Eversource including one business which say it saw a triple increase.

R-and-B Sports world say even though PURA, the state's utility regulator, suspended Eversource’s rate hikes, they're still worried about this July’s utility bill -- and next month’s.

“Shock and concern,” said Rachel Gagnon, co-owner of R-and-B Sports World. Those were the only two words she had when she saw July’s utility bill of more than 1,300 dollars.

Gagnon said, “In this pandemic, nobody is making as much money as we normally would. Like last year, I would probably’ve looked at this bill and not thought twice about it but this year, just not making as much and so how is this going to make sense?”

Gagnon noted, “We even put LED lights in, so it should’ve been less.”

Gagnon sat down and crunched the numbers within the past three months, and you can see the difference from May’s bill of around 600-dollars to July’s more than 1,300-dollars -- which is why Gagnon worries about August.

“It’s just... it’s going to be wild I just can’t wait to see it and I’m a little bit afraid to see it,” explained Gagnon.

Friday, FOX61 spoke with Eversource who says the alarming bills people have been seeing may be the cause of hot weather or over usage due to COVID-19 but it could also be, “The subsidies associated with Millstone which is included in that charge it’s a very complex calculation that’s associated with the charges in there but that’s one of the drivers transmission along with the transmission,” said Penni Conner who works with Eversource.

Senator Richard Blumenthal attended a rally protesting Eversource’s bills Friday and said, “They are earning seven times as much of this quarter as they did in 2019 the numbers don’t lie. They can make all kinds of excuses, but the fact of the matter is they have an obligation to do better.”

AG Tong says his department is fighting the hikes on a federal and state level.

Tong says he does wonder now that the rate hike has been suspended by PURA; will people still be responsible for those increased bills?

“That’s something that PURA has yet to answer. They did note that in their announcement, so we’re going to keep pushing what about people that already paid their bills, and should they get their money back,” said Tong.

Gagnon says those questions need answers before it’s too late.

Gagnon said, “These bills are what’s going to cost a lot of people to lose their businesses they’re just not going to be able to afford to stay open at all.”

Attorney General William Tong says that his department reached out to PURA for a session for their investigation, but PURA has not gotten back to them.