Businesses on Flatbush Avenue in Hartford board up windows, close early after false Snapchat post

The post said a protest would happen from 7 p.m. to 1 a.m. on Flatbush Avenue. However, when 7 p.m. rolled around, there was no sign of a rally happening. 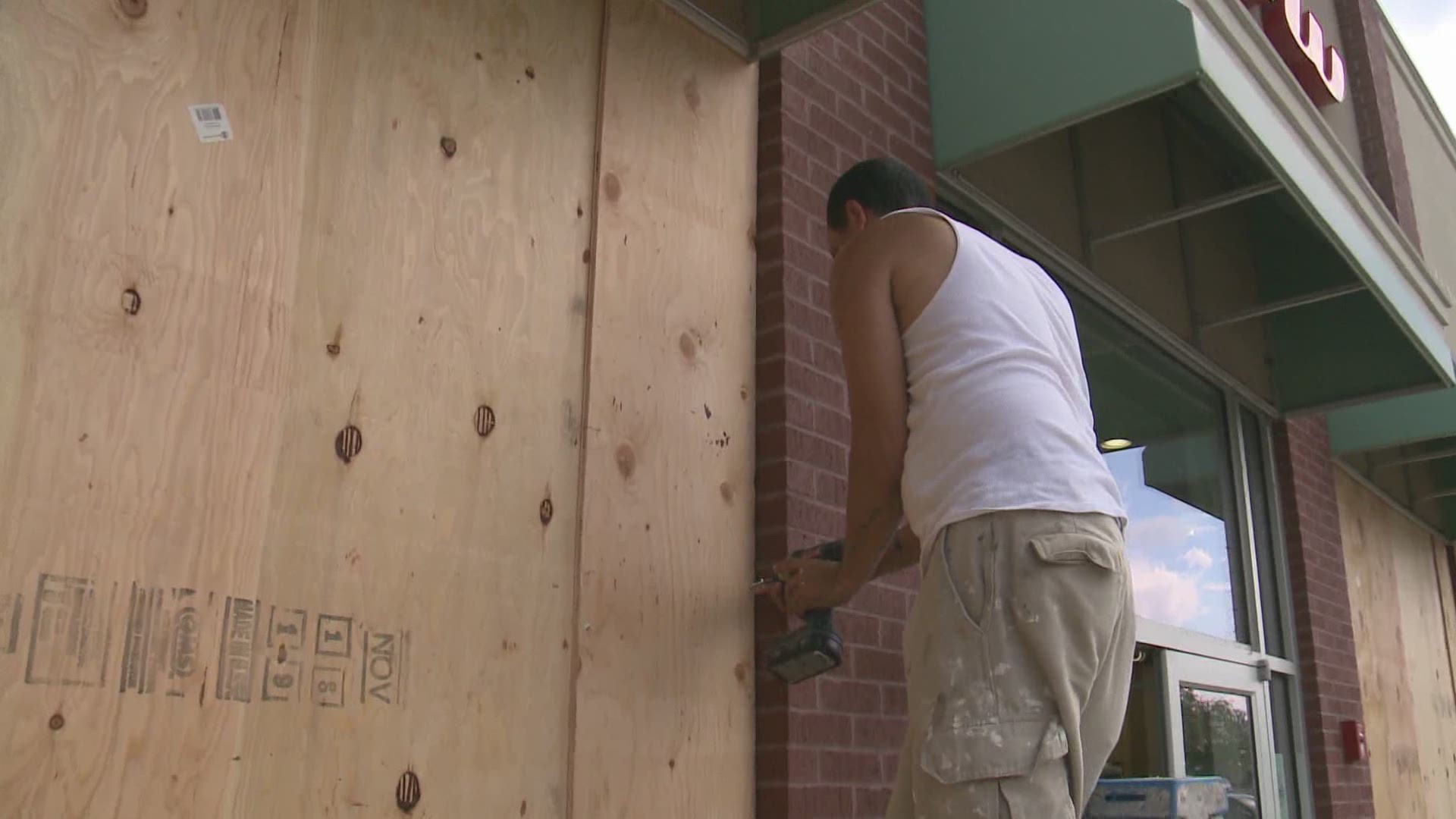 HARTFORD, Conn. — This came after a social media post said  there would be a rally Wednesday evening, but that rally never happened.

"I’m like oh my god what is going on out here! It’s like the end of the world!" said Adriane Lauray of Hartford.

Lauray said she was going to Sprint when she was met with boarded up businesses and sounds of drilling and hammering only to find out this was being done as a precaution.

"Think about our kids having to see this like this. Think about the youth. They got to see this. Folks can’t even come out anymore!" added Lauray.

The Snapchat post was shared with FOX61 - it showed a picture of Walmart listing the time and location of the rally.

The post said it would happen from 7 p.m. to 1 a.m. on Flatbush Avenue.

However, when 7 p.m. rolled around, there was no sign of a rally happening.

Rainbow was one of many stores to board up after their other locations were looted in other cities across the country.

"It’s awful. We just reopened two weeks ago today from the COVID so we’re recovering from being closed for two months now, we have to lose business again," said Chanda Gatling, district manager of Rainbow.

"Businesses are still open. They can access the locks and lock them at night it’s still the same security except they can’t have any other damage done to the properties thru the windows," said Keith Murphy, owner of Keith Murphy Construction.

Hartford Police said they were aware of the post but did not find credibility behind it as to who was organizing the rally. For everyone's safety, cruisers were seen in the parking lot on standby for most of the evening.

"It’s just crazy how it’s happening in Hartford, CT! It’s everywhere. The whole 50 states. It should just happen in one town," said Denise Coulbourne of Hartford.

Hartford Mayor Luke Bronin was spotted at the plaza in the afternoon as he talked to business owners.

"I think that you have a lot of anxiety that’s been created by what’s happening in other cities and a lot of the stores that have decided to board up are national stores that are getting direction from their national offices based on experiences elsewhere," said Mayor Bronin.

Business owners are expected to reopen Thursday morning with their usual store hours.