Police say he was driving a Dodge Dakota pickup truck, with white supremacist symbols and a swastika painted on it. 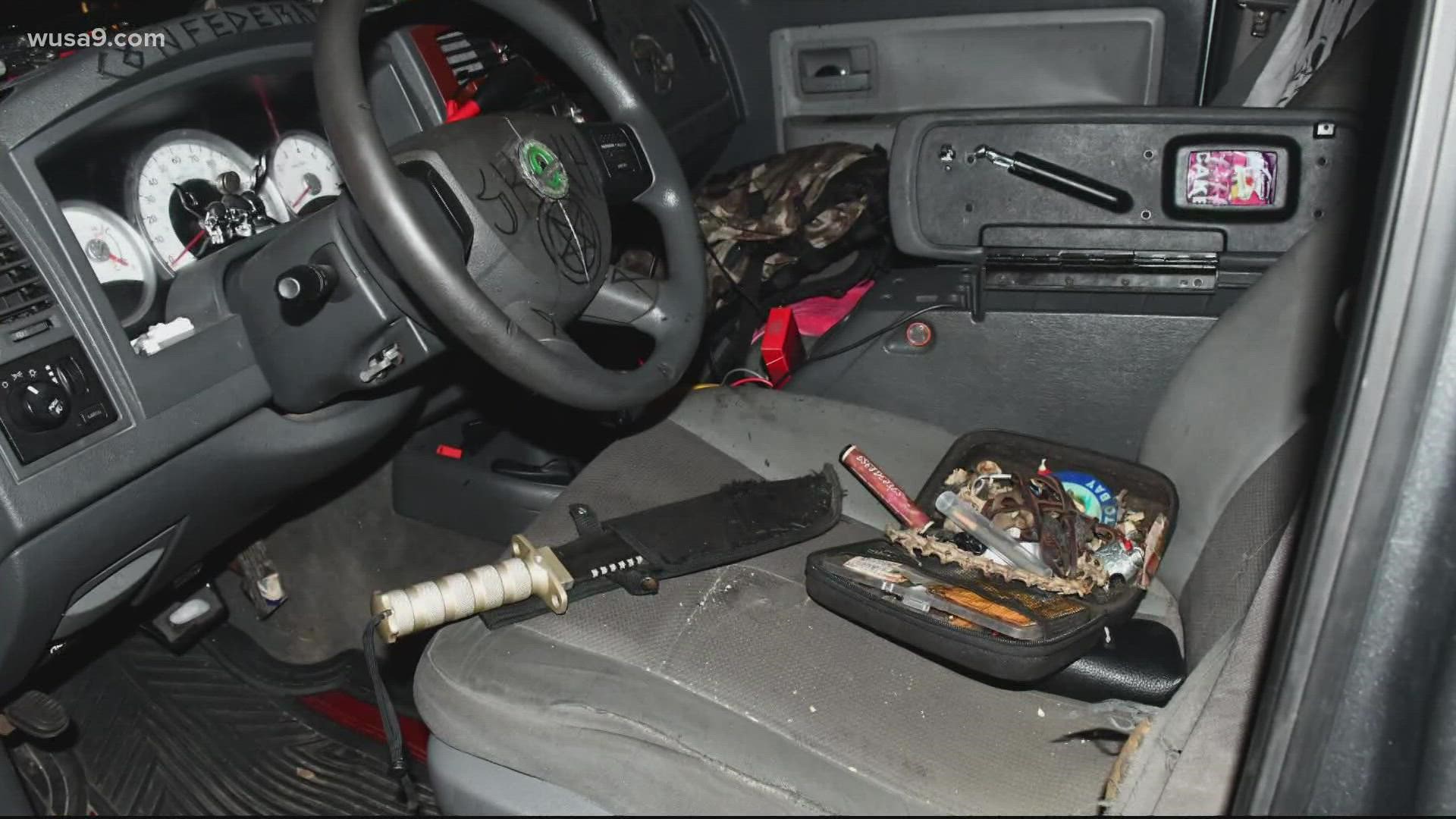 WASHINGTON — A 44-year-old California man in possession of multiple weapons, including a machete and bayonet, was arrested near the Democratic National Committee headquarters Sunday night, according to US Capitol Police Department.

Police said around midnight, an officer on patrol noticed a Dodge Dakota pickup truck, with white supremacist symbols and a swastika painted on it and no license plate outside of the DNC headquarters.

The officer pulled over the driver, identified as Donald Craighead, along the 500 block of South Capitol Street Northwest, police said. During the traffic stop, police saw an illegal bayonet and machete inside the vehicle.

Police said Craighead told them he was “on patrol.” He also spoke to officers about white supremacist ideology and other topics on white supremacy.

Craighead was subsequently arrested on charges of possession of prohibited weapons.

It is unknown if Craighead was planning to attend the upcoming demonstrations on Sept. 18, police said. They also said it still remains unclear if he has ties to any previous cases in the area.

“This is good police work plain and simple,” USCP Chief Tom Manger said. “We applaud the officers’ keen observation and the teamwork that resulted in this arrest.”

Prosecutors said Craighead is not likely to go before a judge until Tuesday, and it's not clear if he has a lawyer yet. Additional details of the allegations against him have yet to be filed in court.