With a sea of candles, Terryville remembers teen shooting victim

Plymouth families gathered with hearts and minds focused on another family, shattered. 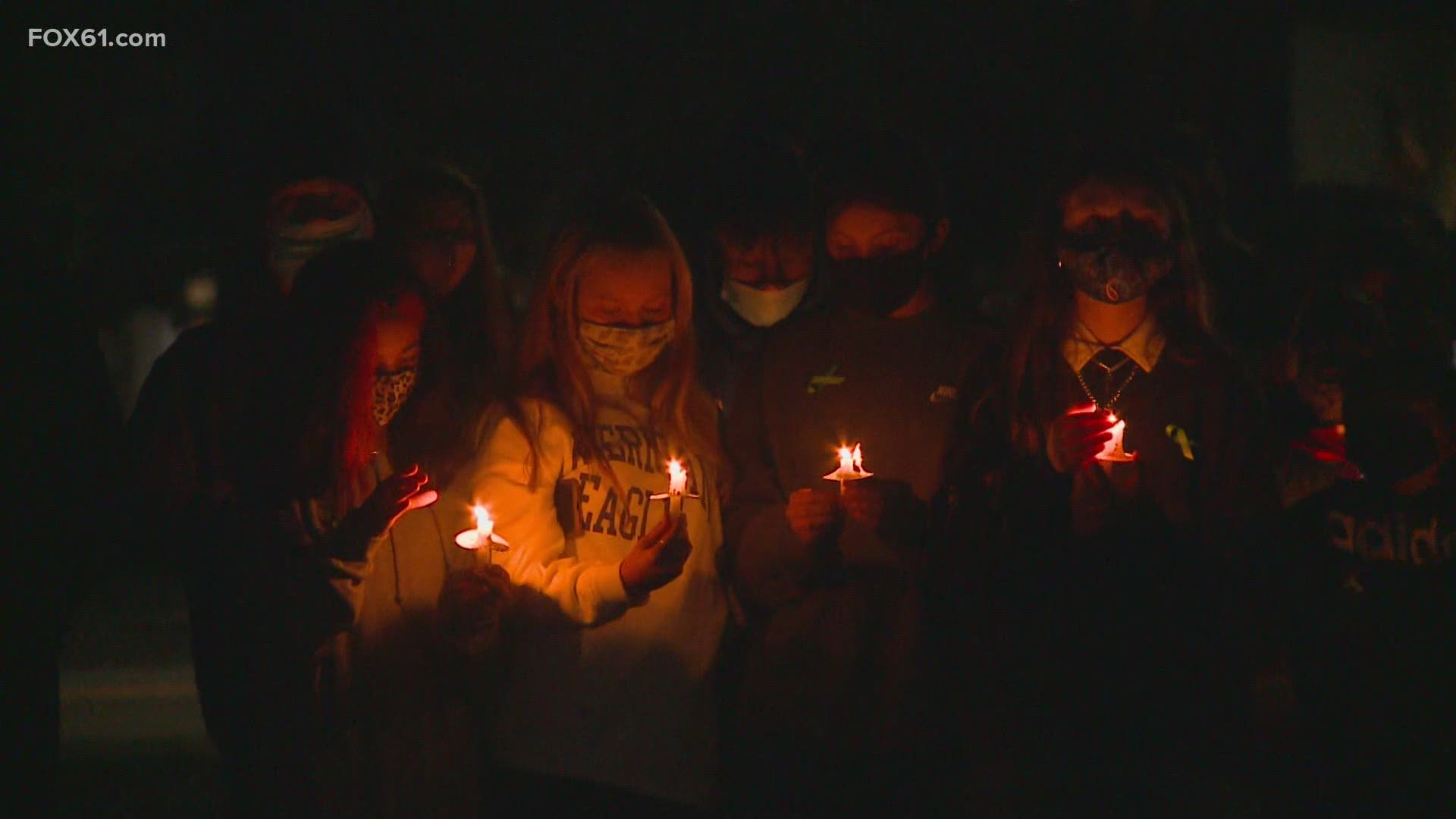 PLYMOUTH, Connecticut — With a sea of candles, the Terryville community committed to remembering a young girl they lost far too soon.

No dry face was visible at the candlelight vigil for 15-year-old Madeline Bell held in on the Terryville Green in Bristol. Another vigil was held for her Friday night as well.

Pastor Jason Jakum of Hillside Community Church says the family attended his church's youth group for nearly 8 years, and his heart goes out to them.

“It’s a gut-wrenching situation where our hearts are really broken for the Bell family right now and the family continues to be in our prayers," he said.

HAPPENING NOW: A sea of candlelights in Terryville as a community remembers a young 15-year-old girl, Maddeline Bell, who was killed after being shot by her mother, Naomi Bell. @FOX61News pic.twitter.com/ztLH35Y57O

Police say Bell's mother, 43-year-old Naomi Bell, shot and killed Madeline last Friday. According to the arrest warrant, the children's father stated that Naomi Bell was on medication for depression and psychotic episodes. She is charged with Murder with Special Circumstances, punishable by life without parole.

Police say Naomi Bell also shot her seven-year-old son, who is still recovering in the hospital. He was also remembered on Saturday night. A Go-Fund-Me page for the family has already raised around 30-thousand dollars.

But people showed their support in every way imaginable, mostly sharing remembrances of Maddie as a daughter, a friend, an athlete. One said "She had that smirk, every once in a while when she would run well in a race, and you can tell she was happy with how well she ran. God will take care of her."