BERLIN — At a busy intersection in Berlin, life quickly passes by, seemingly nonstop. However, overlooking the daily rush sits a subtle reminder to stop a... 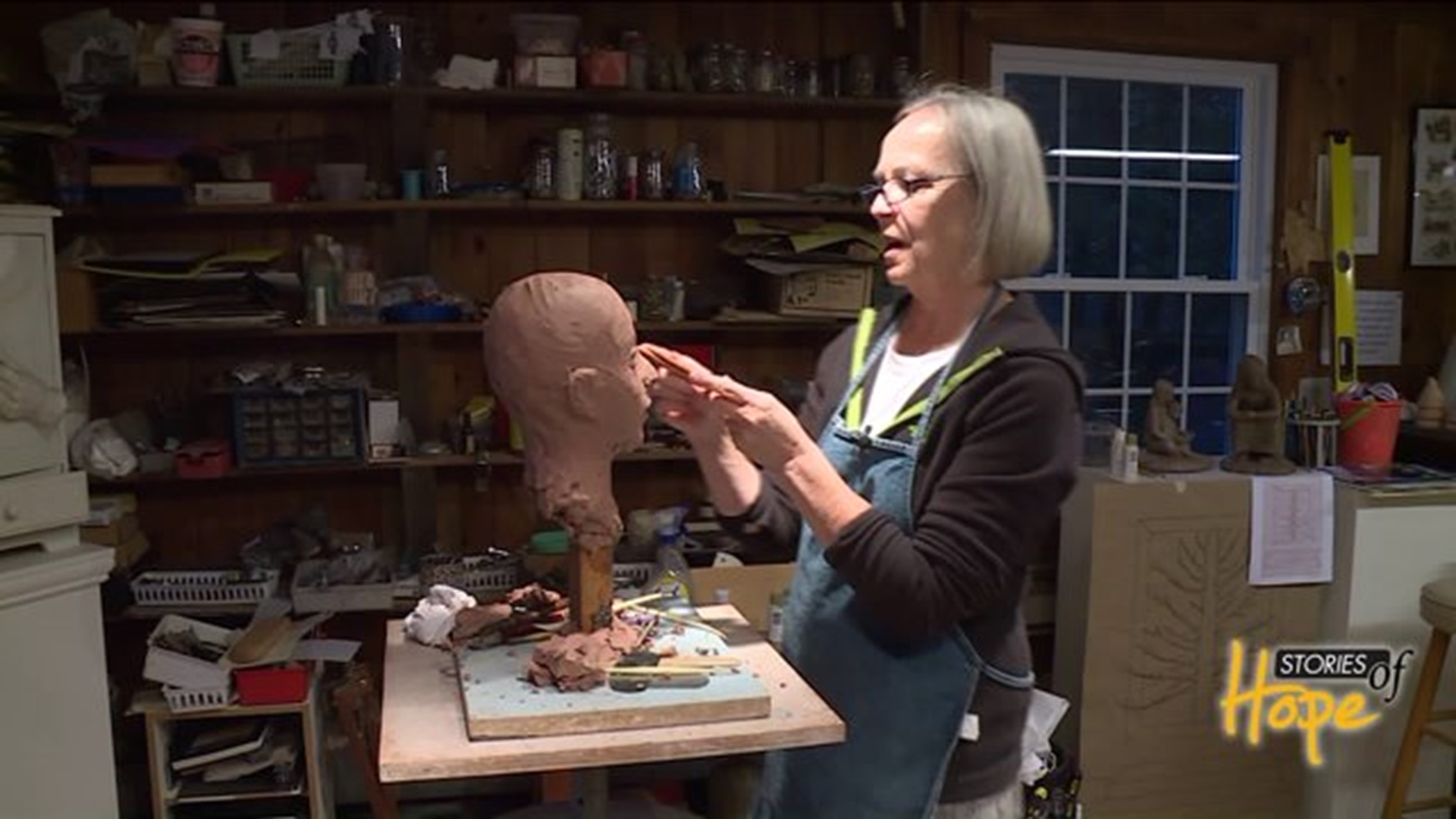 BERLIN -- At a busy intersection in Berlin, life quickly passes by, seemingly nonstop.

However, overlooking the daily rush sits a subtle reminder to stop and reflect as the seasons in life continue to change.

More than likely, you’ve never heard of Lucille Micacci, a longtime Berlin resident, but after the wife and mother of four died so suddenly, her family had a life-sized sculpture designed in her memory. “You know, it’s kind of awesome to see her and feel her,” said Micacci’s daughter, Rosemarie Fischer.

With enough money and approval from the town, they were able to place the statue in Deming Park.

“It’s beautiful, but once you get past the beauty of it and you really see the feeling of it, it just goes right to you,” said Fischer

Creating that feeling took shape at the hands of a Canton woman, who is known to be as gentle as her touch. “It’s more important that you get the feel of who they were,” said Sculptress, Marilyn Thrall.

In a small studio, behind her Canton home, Thrall spends long hours designing dozens of sculptures placed throughout the state at the request of many families and organizations. “It gets to be a bit obsessive,” said Thrall.

These aren't statues of well-known figures, but every day Connecticut people, many, whose lives were abruptly cut short.

For instance, Thrall designed a public memorial in Hartford, remembering the lives lost at Sandy Hook Elementary School and a statue in Avon, dedicated to Amy Toyen who died on September 11, 2001.

Thrall said her work isn't about tragedy, instead, she wants to depict an innocent moment in that person’s life, hoping it provides families with comfort and gives those passing by a reminder to appreciate life's precious moments before they're lost.

“It’s more of a sensitive, sort of pensive way of looking at life,” said Thrall.

Meanwhile, Micacci's family says, the sculpture Marilyn designed naturally gets them to pause, ponder and find peace. However, they're hoping the people in town will also use this area to appreciate the stillness of life, in the presence of their always nurturing mother.