One person in critical condition, and young children were among the passengers. 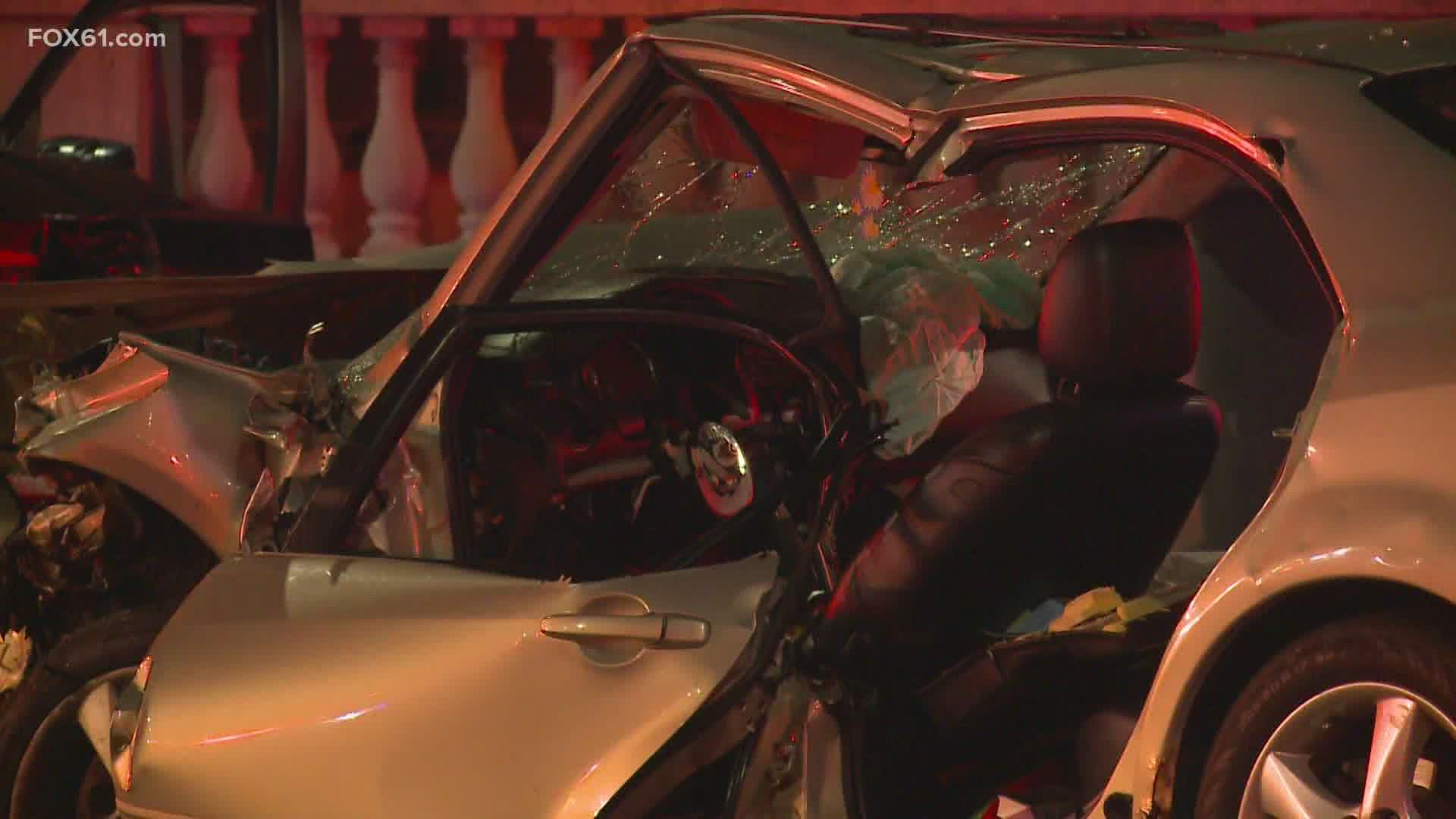 HARTFORD, Conn. — Three cars collided on Hartford's Main Street around 10:30 p.m. Saturday night, sending a dozen people to city hospitals. Police say one person was in critical condition. Young children were among the passengers, but what injuries they sustained is not known at this time.

FOX61 was first on the scene of the violent crash which happened in the 1200 block of Main Street, near Dunkin' Donuts Ballpark. Witnesses told reporter Brian Didlake they heard the crash happen, ran to the scene, and saw one young girl who had gone through the windshield. A female witness used her own shirt to stop the young girl's bleeding. Another witness said he carried a baby away from the scene, worried about a possible fire from leaking fuel.

State police were not involved in this Hartford investigation but say the pandemic has been a dangerous time on Connecticut roads with - drivers going more than 80 mph up 94% between January and April compared to last year. Fatalities in Connecticut also jumped 40% during the same time period.

SERIOUS CRASH | 12 people transported and 1 person critical in a Multi-vehicle crash. This happened around 10:30pm and all parties are awake and conscious according to @HartfordPolice. @FOX61News pic.twitter.com/ZT5AHsRE7J