The tipster spoke exclusively to 11Alive's Katilyn Ross on Thursday. 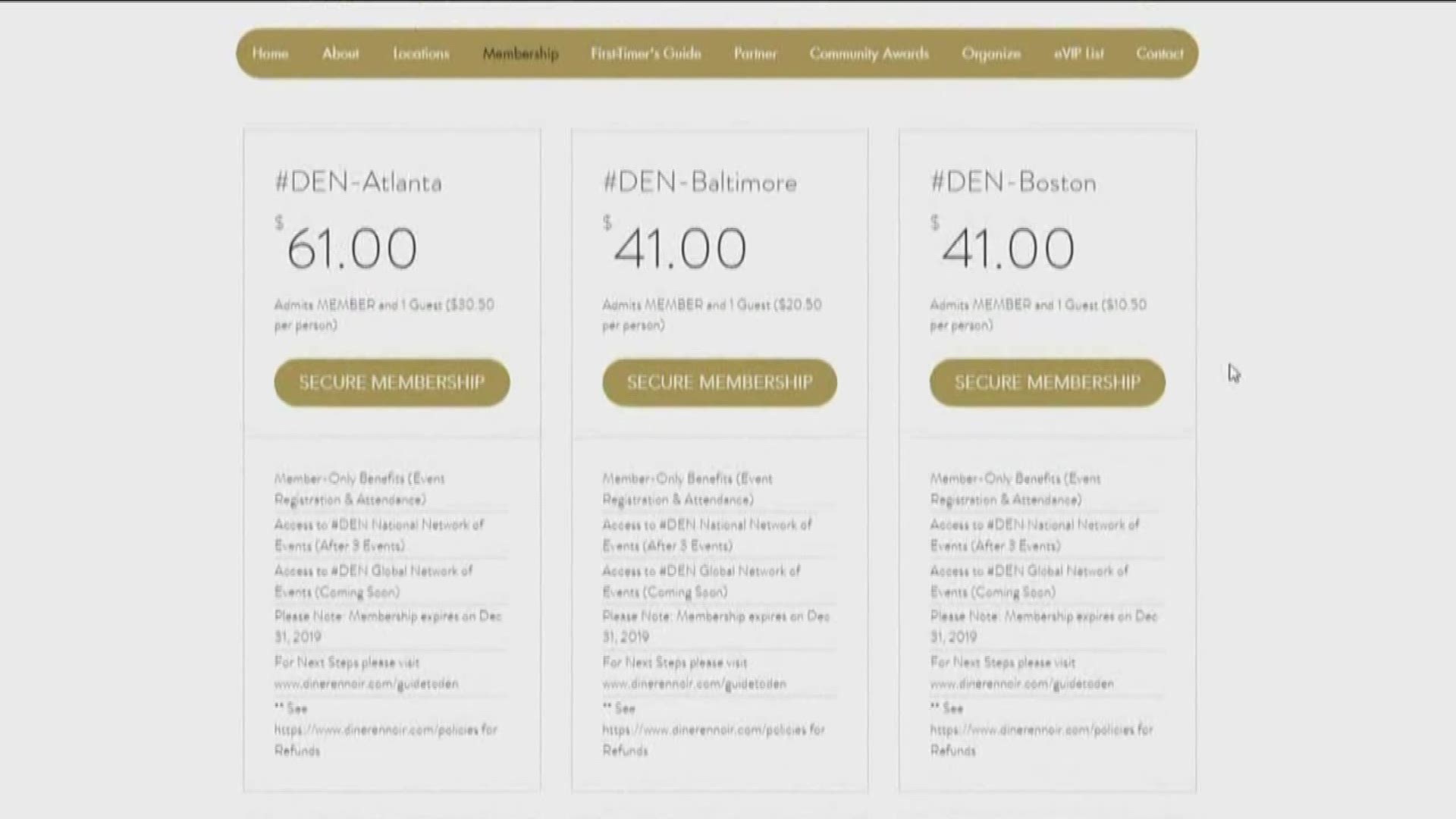 ATLANTA — A secret dinner party that promised celebrities and exclusive entertainment has turned in to calls for an investigation - and some are even asking if it was part of a scam.

Diner en Noir was advertised on Facebook. People told 11Alive they spent hundreds of dollars on tickets, only to learn the event was being postponed – with no specific new date.

"I am very, very, very angry," said a woman who was hired to help organize the Atlanta event, who wanted to remain anonymous. She claims she was working with her national counterpart to set up the dinner party. However, she started to get suspicious days before the event when she said the national organizer stopped answering her call.

The tipster spoke exclusively to 11Alive's Katilyn Ross on Thursday.

"He wanted us to invite the mayor to speak and everything," she said.

But the night before the event, the tipster said the organizer contacted her saying he couldn't get a liquor license.

In an email to people who bought tickets, the Diner en Noir organization wrote there was an issue with the venue. However, the general manager at the Westside Cultural Arts Center - the secret location that was supposed to host the event - told 11Alive that someone with Diner en Noir came to do a walk-through of the space, but never signed a contract or delivered payment.

11Alive has been following the story for a month, and the organization has not returned our calls. The tipster claims the national organizer hasn’t answered her either, but she said when she saw an email asking people to pay a membership fee in 2020 when the 2019 event still hasn’t been reset for a new date, she felt she had to speak up.

"I think he's robbing people across the nation," she said.

READ: He met her online, convinced her they were in love and swindled her out of $80K

People online reported events supposed to be hosted in Chicago and Baltimore were also postponed in November. It doesn’t appear they’ve been rescheduled, and the organization’s website has a disclaimer, basically saying it won’t refund tickets for any reason.

"You are robbing your own people man, this is horrible," the tipster added. "This is worse than horrible."

11Alive contacted the FBI and Atlanta Police to see if they're investigating, but APD said the organizer’s name isn’t listed in any of its reports. Though there are no signs of an investigation, yet, the tipster said it's still not right.

"It's unethical. It's lacking integrity," she said.

The national organizer has not responded to 11Alive's media requests but did add 11Alive's Kaitlyn Ross' email address to its advertising material. She also received an email Thursday, asking her to sign up for a membership for next year.