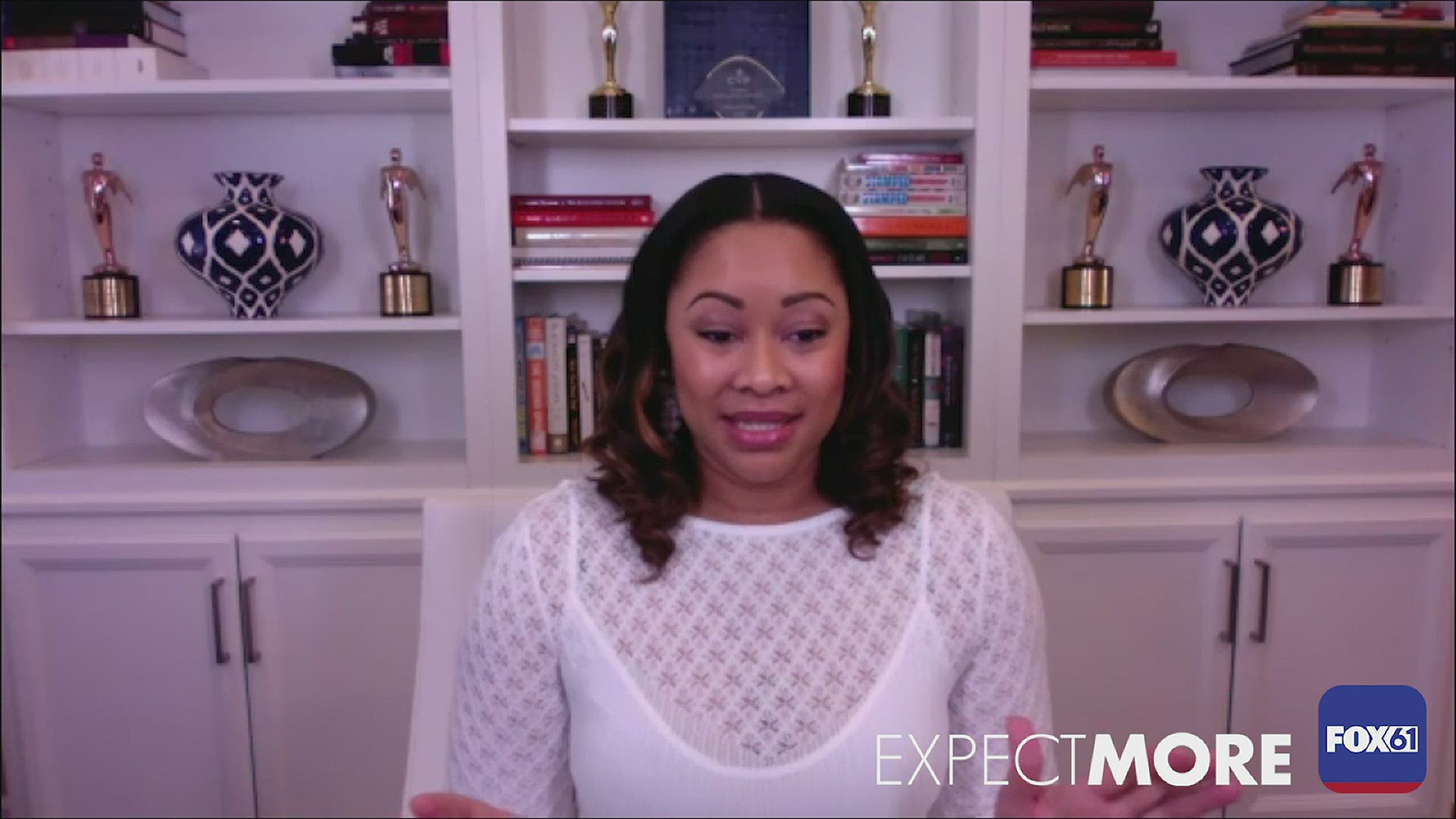 Every year in March, the world celebrates the contributions women have made throughout history and so many of those women blazing trails have ties to Connecticut.

Chantal Potter is an award-winning film director and producer who has spent her career creating inspirational and thought-provoking content.

The Bloomfield-native graduated from Howard University in 2009 and recently released her first feature documentary, BALLOON MAN.

Potter joined us to remember her journey.

BALLOON MAN delivers a look into the life of her father, Bill Costen.

To the Hartford community, Costen is well known as a historian and professional photographer at many important events. But his significance to Black history goes far beyond Connecticut.

In the early 1970s, Costen left the football field, as an NFL athlete and took to the air, becoming the world’s first African American hot-air balloon master pilot.

Credit: BALLOON MAN
Bill Costen and his crew prepare for liftoff at the 2011 New Jersey Festival of Ballooning

Always documenting his own journey, Potter said her father unintentionally started the film back in the 50s when he took his very first photograph.

“In the 60s, he grabbed his father’s Super 8mm camera and when Martin Luther King passed, he actually jumped into the procession and filmed,” she said. “So, a lot of the footage that you’ll see within this film, at least the older footage, my dad took himself.”

According to Potter – as a dad – Costen was always supportive of her, even when she wanted to be a doctor. But creating the film together was a dream, she says.

“It brought us closer together. I’d call him in the middle of the night and say ‘Dad, I need a picture of this to illustrate that,’ and within seconds I have it in my inbox,” she said. “That’s how organized he’s been over the years. He just has files of images and they all help to support his story.”

While she said her father’s encouragement gave her confidence, Potter was certain to acknowledge her mother as the woman who taught her how to walk the walk.

Her mom is the woman she looks up to most, she said.

Potter admitted a new appreciation for things her mother did that she didn’t understand as a young girl. The experience that changed it all: having her own child.

When asked what she loves most about being a woman, Potter quickly mentioned, “resilience.”

She chuckled as she recalled her first experience producing the BET’s White House Correspondent at the Medal of Freedom Ceremony. As she set up camera equipment along a row of other photojournalists, a male colleague pushed her out the way, making her feel as if she didn’t belong.

Potter said that story ends with her getting the shot and quickly learning how to stand her ground as a woman in the media industry.

As a woman in general, Potter values being a mother the most.

She said her 8-month-old daughter Sydney was right by her side as she worked to bring her father’s life and legacy to screens around the world.

“When I was in the editing room, she would be right there with me watching it and hearing her grandfather’s voice,” Potter said. “I’m just happy that I have this story. It’s out in the world for her to watch it. My future children will be able to watch it and just learn their family history, learn about their grandfather, their grandmother, and all the people who contributed to the Costens and that legacy.”

That legacy includes being a family of faith, Potter added.

According to her, faith has played a major role, not only in getting the film across the finish line, but also in her family’s ballooning experience.

Potter’s favorite memory was at 7 years old when a breathtaking trip above the clouds turned scary when dense fog filled the air.  Suddenly, they all couldn’t see and Costen didn’t know where to land. Potter’s older brother told him to “follow the butterfly” and it guided them to land safely.

Potter said her childhood was filled with scriptures and lessons – especially about perseverance. Remembering that trait was difficult at times, she said, while developing BALLOON MAN. One of the biggest roadblocks was financing.

“When I tell you this film almost didn’t get made,” she said chuckling. Potter credits her team, as well as everyone who donated and invested in the film, for its launch.

One of the film’s biggest takeaways is one Potter said relates to life experiences in general, and especially as a woman.

In connecting that theme to life – Potter said in a hot-air balloon, you don’t have a steering wheel, but are at the mercy of the winds. You’ll go and land wherever the winds take you, and in life it’s the same thing.

“You can plan as much as you want to plan, you can cross all your T’s and dot all your I’s, but sometimes things happen because they’re meant to happen,” she added. “So, you just have to go with it, trust yourself and trust the process. You have to persevere and not be afraid of failure. You’re not always going to win, but if you keep pushing, eventually you’ll get to where you want to be.”

The documentary was awarded Film of The Year at the 2020 Rhode Island Black Film Festival and was also selected to several film festivals, including the Cannes International Pan African Film Festival in France.

While proud of how far she’s come, Potter is a strong believer that she hasn’t reached this point alone. In fact, her biggest piece of advice to future filmmakers:

“Find your tribe. Filmmaking is a family environment; you need a crew. You can’t specialize in everything. It’s so essential that you align with other people who see your vision and wholeheartedly want to contribute to it,” she said. “Then, you just let them do their thing. When we work with other people, the product is better. Just have fun with it, make magic. And I think at the end of the day, it’ll show in your work.”

In addition to the documentary, Potter launched a virtual series, Beyond Balloon Man. In the four-episode series, producers are joined by experts to discuss key themes in the film.