Wreaths were placed around the statue and speakers talked about the man who they believed opened opportunities. 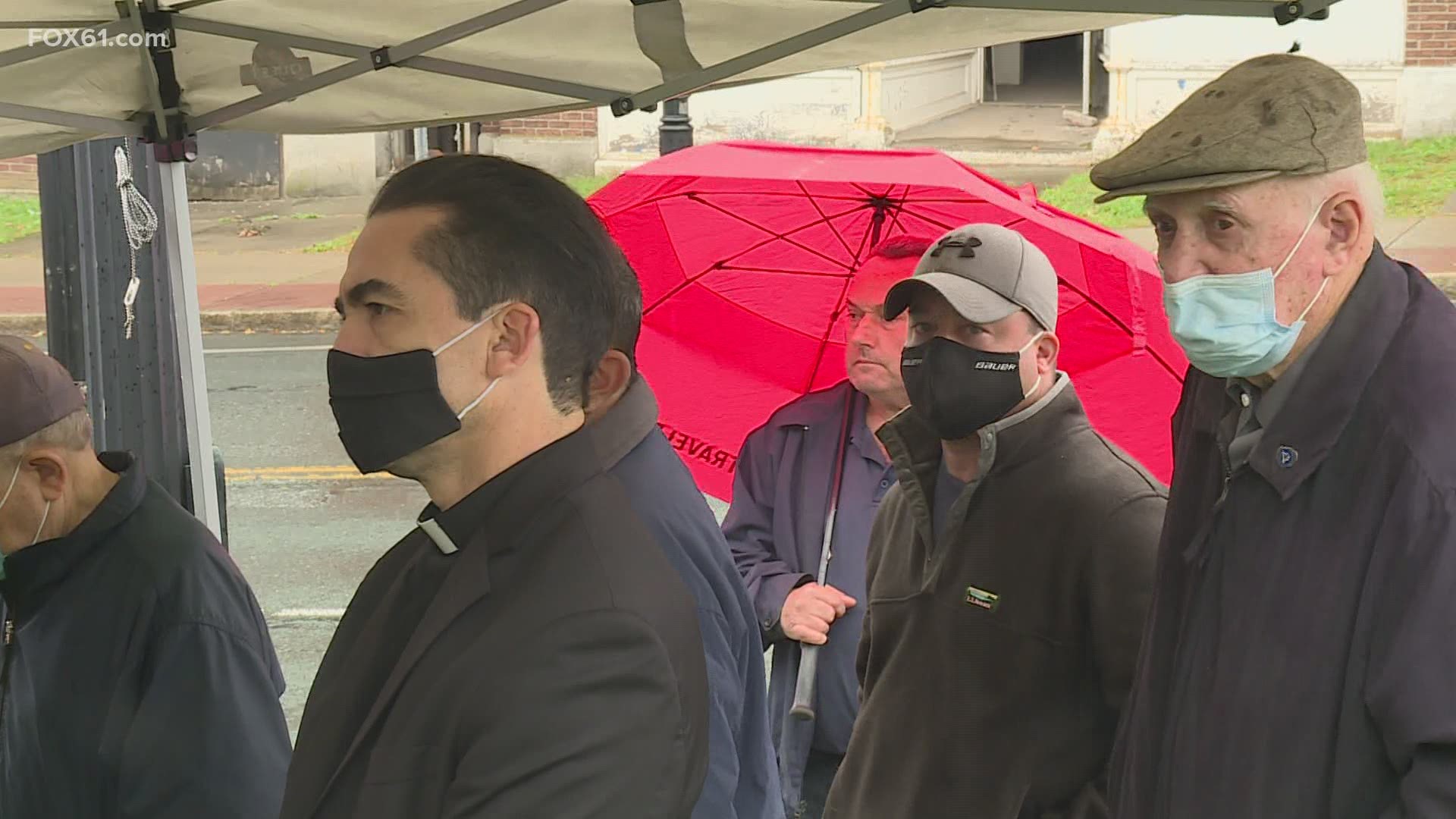 NEW BRITAIN, Conn. — With Monday being Christopher Columbus Day, the holiday has created some controversial conversations.

Some have said he is a reminder of the violent past, but others celebrated his life and legacy.

Several Italian organization leaders gathered in front of the statue across from St. Mary's Church to celebrate what they called a "heroic leadership."

Wreaths were placed around the statue and speakers talked about the man who they believed opened opportunities.

"I'm glad the white color of your flag is faith, so we pray for this beautiful gift of faith," said Father Israel Rivera of St. Joachim Parish.

Republican state Senator Gennaro Bizzaro acknowledged the hatred that has been shown this year towards his ancestor and said Columbus' actions do not represent his people.

"We ignore the bad and pretend it did not happen? No. No. We acknowledge the past. We learn from mistakes. We figure out a way to do better," said Sen. Bizarro of the 6th District.

The statue, on the other hand, has received strong opposition.

Several towns and cities across the state have seen protests and demanded the statues be removed.

In Waterbury, the statue in front of City Hall was beheaded by a New York man.

"We need to eliminate the statue from city hall and not only have the Black Lives Matter flag hanging here but at actually take an act to continue to stand against anyone that oppresses us," said Fahd Syed of the CT Council on American-Islamic Relations.

In Southington, protesters surrounded this plaque and wanted one that better explained the complex history.

"As somebody who’s studied history, I can’t just turn my eye towards the atrocities that he’s committed," said Dori Conlon Prugini of Southington.