"You might have to assign a coach to be the 6 feet apart coach," Sheehan High School's football coach quipped. 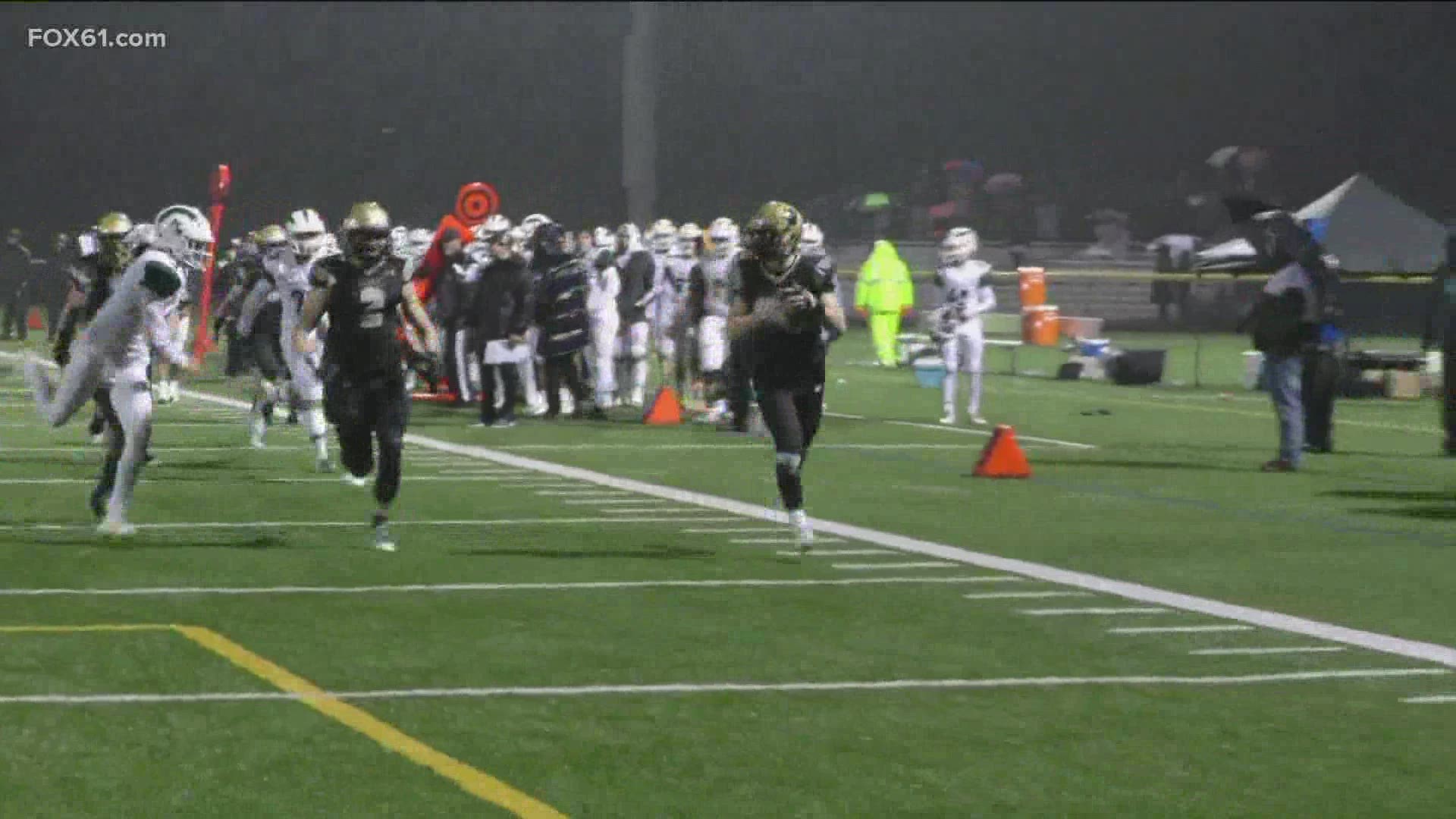 CHESHIRE, Conn. — The Connecticut Interscholastic Athletic Conference (CIAC) announced Friday that high school sports will be played in-state this fall, provided the health metrics remain where they are.

"Talking to most of the head coaches, in the state of Connecticut, we are excited and apprehensive at the same time, if that’s possible," said Harry Bellucci, the Connecticut High School Coaches Association Football Chairman.

Adhering to the protocols set forth in the CIAC guidelines will be key.

"In the locker room, I’ve already thought about it already," said Jason Bruenn, Head Football Coach at Platt High School (Meriden). "One of my assistants already went out and bought one of those two-gallon pump sprayers. We’re going to disinfect everything every night."

Quarterback Courtenay "Deuce" Jackson, who transferred from Windsor to Hartford High, says to be able to play the sport he loves, during his senior year, means the world.

"Just to have a Senior Night and being in Hartford for the first time in my career, it’s gonna be real big," Jackson said.

Obviously, practices and competition will be different, but student-athletes say that’s what’s great about being a team.

"Our team dynamic and spirit is hopefully going to be the same as ever just because we really are such a family and I think we could overcome anything," said Lila Pickering, a senior captain for the Sheehan High School girls swim team.

Keith Cargan, a Sheehan girls swimming assistant, is also a boys head coach. And he has been at both ends of the COVID 19 spectrum.

"We were here getting ready for practice and we got the word from the CIAC, towards the end of the winter, that the school's sports were canceled," Cargan said.

Among the CIAC guidelines: football players will not be permitted in practice groups of larger than 15.

"You might have to assign a coach to be the 6 feet apart coach," Bruenn quipped.

One difference with the scheduling is that many schools might not play their traditional conference schedule. The scheduling is going to be done regionally to avoid long bus rides to other parts of the state.