GUILFORD — In this day and age of coffee shops on every corner, Cilantro’s Speciality Foods & Coffee Roasters in Guilford is ahead of its time. ... 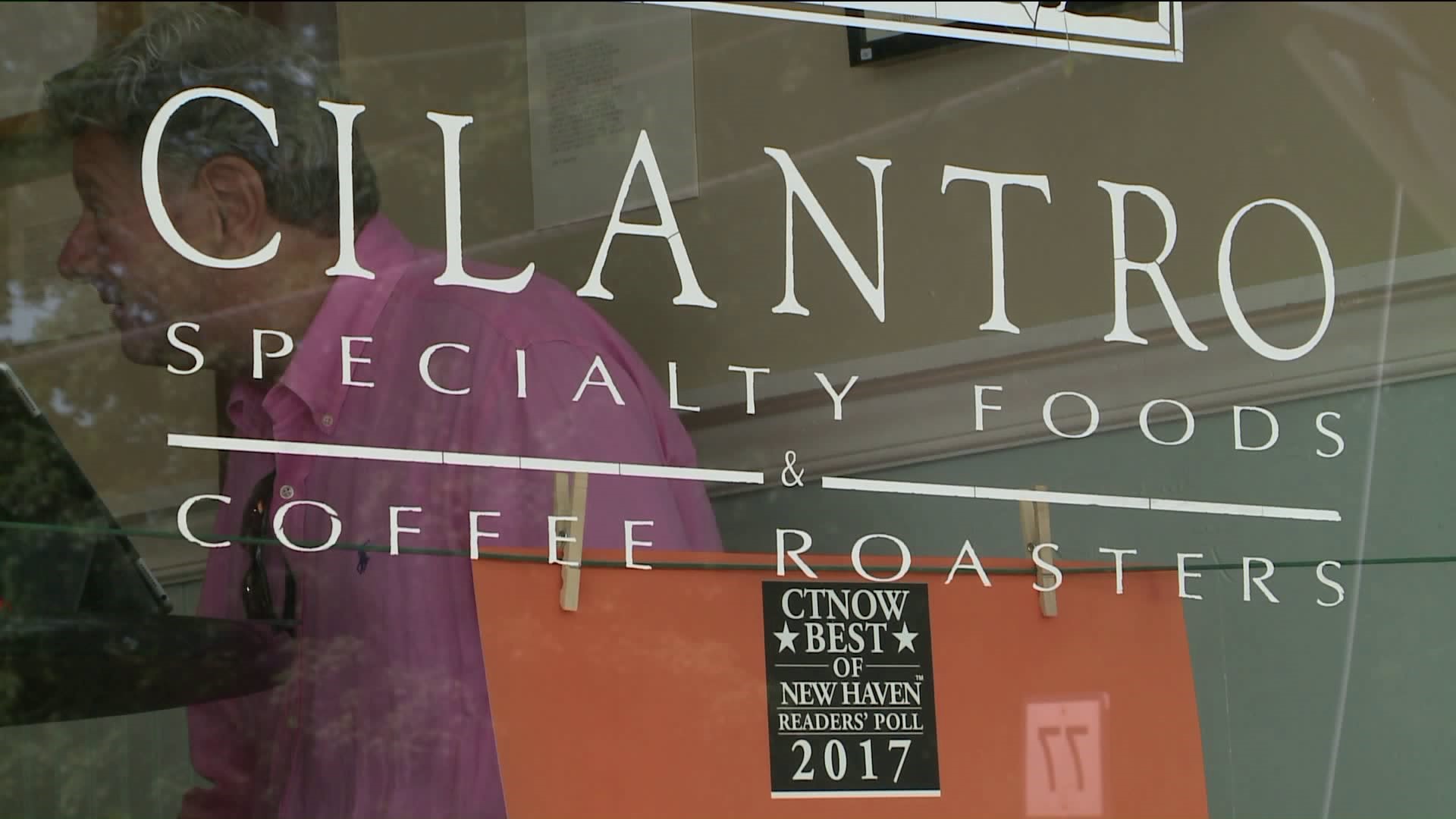 GUILFORD -- In this day and age of coffee shops on every corner, Cilantro's Speciality Foods & Coffee Roasters in Guilford is ahead of its time.

Before most of the chains and for the last 27 years, Cilantro's has been serving up more than two dozen varietals and unique house blends that are roasted each week from top-notch beans.

According to Cilantro, coffee roasting is a chemical process by which aromatic, acids, and other flavor components are either created, balanced, or altered in a way that should augment the flavor acidity, after taste and body of the coffee as desired by the roaster.

The bean is taken through a series of temperature thresholds that are referred to as "cracks".

The roast master will listen for the pops as well as check the color of the beans to determine the desired roast.

The beans are roasted at temperatures between 410°F and 485°F.

In addition to freshly roasted coffee, Cilantro offers a menu filled with sandwiches, panini's, wraps, salads and other homemade dishes and desserts that are made daily.

To make this Foodie Friday even better, we also caught Fradiani fever when American Idol season 14 winner and Connecticut native, Nick Fradiani, stopped by Cilantro. Fradiani discussed his band's upcoming concert at the Connecticut Irish Festival on June 24 in North Haven as well as their EP which is scheduled to be released this summer. Fradiani says he can't seem to get away from his hometown, but who would want to when you've got a coffee shop like Cilantro down the street?

You can find this hidden gem right across from the Guilford Green on Whitfield Street.

Do you have a suggestion for Foodie Friday? Let us know by emailing foodiefriday@fox61.com or reach out to us on Facebook, Instagram, and Twitter - just use #FoodieFriday and #FOX61.