Pat Moore was drafted by the Army a half-semester shy of graduating. 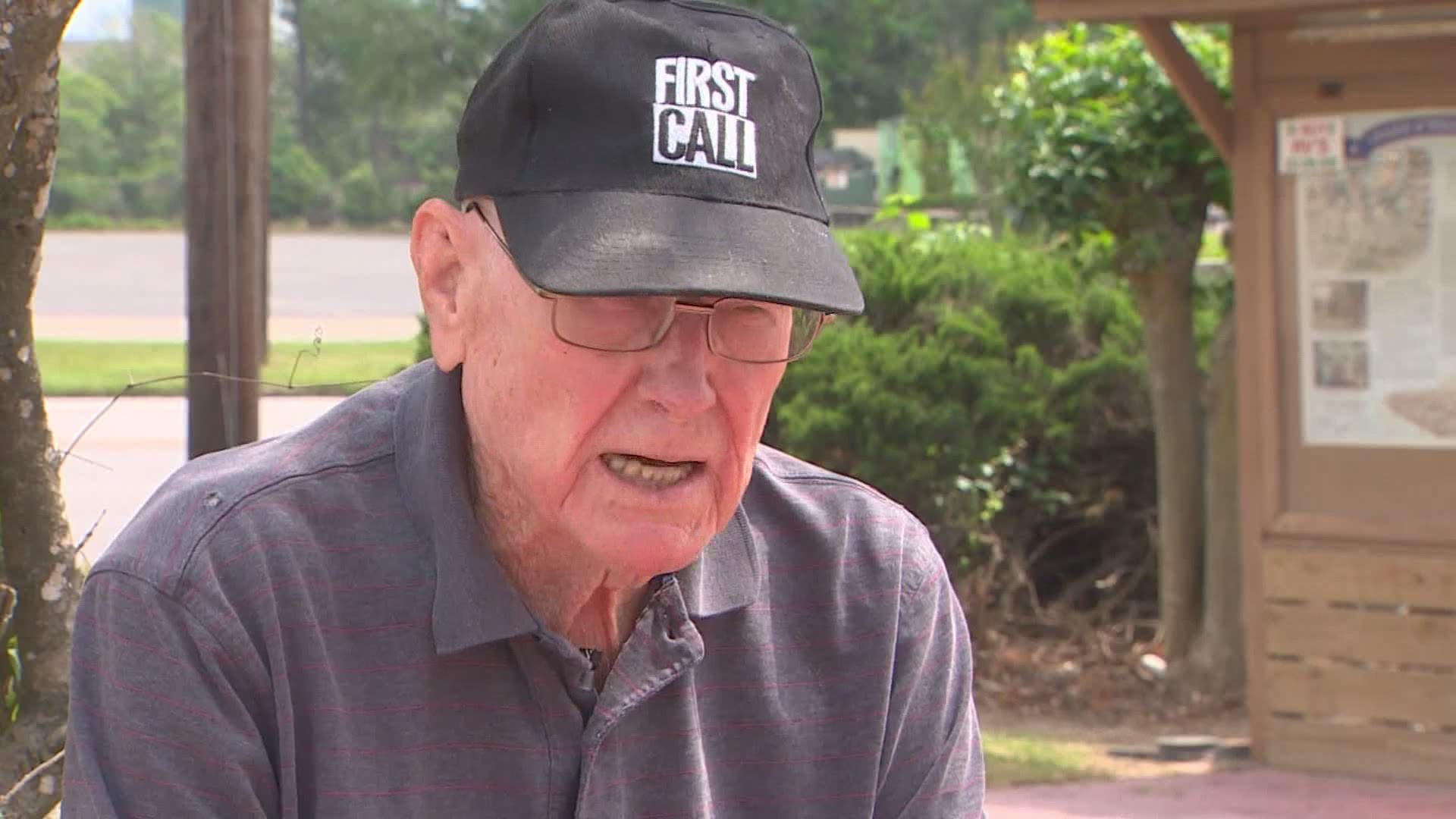 ALVIN, Texas — He left Alvin High School 75 years ago to serve his country. Now, a veteran is finally getting a diploma at age 93.

“I don’t even think about it,” said Pat Moore of his age.

He earned a letterman jacket back in the day, but Moore never got a diploma with the rest of the Class of 1946.

Moore entered what would become the U.S. Air Force a semester short of graduation.

“I started flying when I was a junior in high school because I liked the, I just liked it,” Moore said.

“It’s a long time coming.” A high school diploma 75 years in the making! Pat Moore was drafted before he graduated with the rest of Alvin High’s Class of 1946. Now @AlvinISD is making it happen for the 93 year-old. And there’s a family twist. My story: @KHOU at 6:00 #khou11 🎓 pic.twitter.com/RMoh1x6sL0

Moore moved back to Alvin after his military service and then relocated to Sealy about 50 years ago.

He had a long and successful career as a crop-duster pilot. But that that diploma was always in the back of his mind.

“I had written to them inquiring about it, of just what could I do to get a license, I mean, a diploma,” Moore said.

Turns out, Texas law allows students who were drafted before graduation to later come back and receive their diploma.

"He will actually wear a gown, an Alvin High School graduate gown, and we have some special prizes that we have planned for him," said Alvin ISD superintendent Carol Nelson. "And the board will present him with his diploma.”

It’s perfect timing, too, since one of Moore’s great-granddaughters is also graduating this year.

Just now: 93 year-old Pat Moore finally got his Alvin High School diploma (and a new letter jacket) from @AlvinISD. He was drafted before his 1946 graduation. My story w/Mr. Moore from earlier on @KHOU: https://t.co/GdHylpP4JS #khou11 pic.twitter.com/YXlvRXQV78

You can watch Alvin ISD's board meeting here: