"Tyler and Jake were two peas in a pod as far as anyone is concerned," said Marissa Mazzola, a friend of the teens and organizer of the vigil. 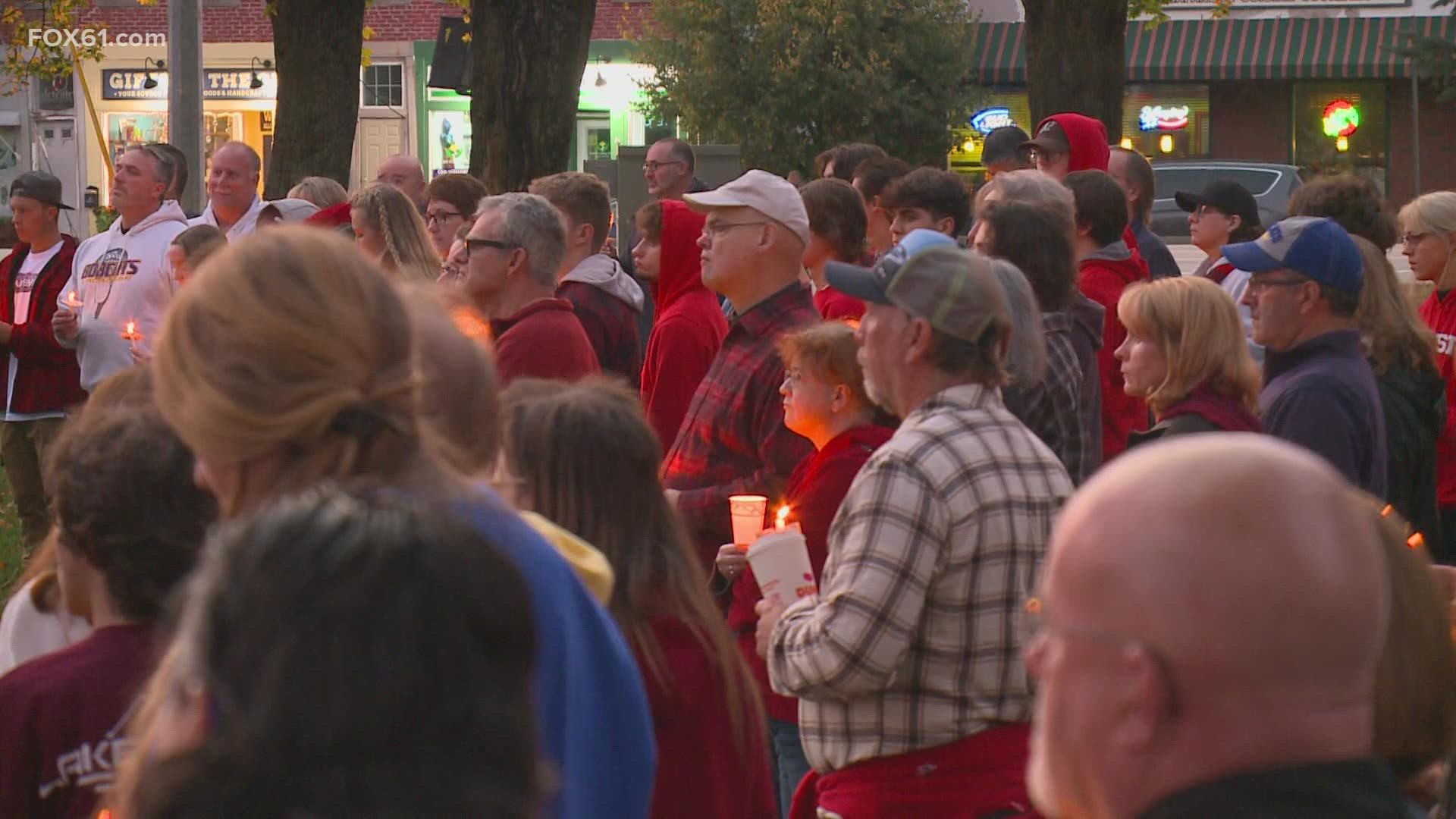 COLCHESTER, Conn. — The Colchester community came together Sunday evening for a candlelight vigil remembering 18-year-olds Jacob Chapman and Tyler Graham. The two young men were killed in a car crash on Rt. 354 in Colchester on Friday. Their deaths, a loss felt by the entire town.

Chapman and Graham were inseparable according to those who knew them.

Those who attended wore red, both boys' favorite color. Hundreds of people held candles on the town green and shared memories.

The Colchester community is gathering on the town green tonight for a vigil remembering two 18-year-olds who were killed in a crash Friday @FOX61News pic.twitter.com/O4sD9t8Vq6

"They always just loved to have a good time no matter if it was poolside, throwing each other in the pool, playing games together they just loved spending time with their friends," Marissa said.

"They were both just funny, outspoken, just great kids to have around they were a good asset to the world and to Colchester," Charles said.

Chapman and Graham were both lacrosse players at Western Connecticut State University. The third person in the car at the time of the crash, 19-year-old Trey Massaro of Dalton, MA was also a WCSU lacrosse player. He is expected to recover. The university said it is planning its own memorial service soon.

In the town of Colchester, the vigil served as a place where people could lean on one another during a difficult time. A counseling team was available for anyone that needed them.

"The past couple of days have been a hurricane of emotions. I don't think a lot of us know how to handle it it's been very hard trying to figure out what we're feeling," Marissa said.

GoFundMe accounts have been set up for both

The show of support, speaking volumes about who Chapman and Graham were.

"It's amazing. The two young boys touched a lot of people's lives in a special way and they're well loved," Charles said.

The community has also shown it's support in other ways, including a meal train and GoFundMe pages for Chapman and Graham's families to help with funeral expenses.

We've had inquiries about how to help Tyler and Jacob's families. Two GoFundMe accounts have been created.https://t.co/mMfUbqvaex for Jakehttps://t.co/Urt0og9jG3 for Tyler