Community comes out to remember New Haven teen, decry gun violence that took her life as she slept

Kiana Brown died as she slept on couch 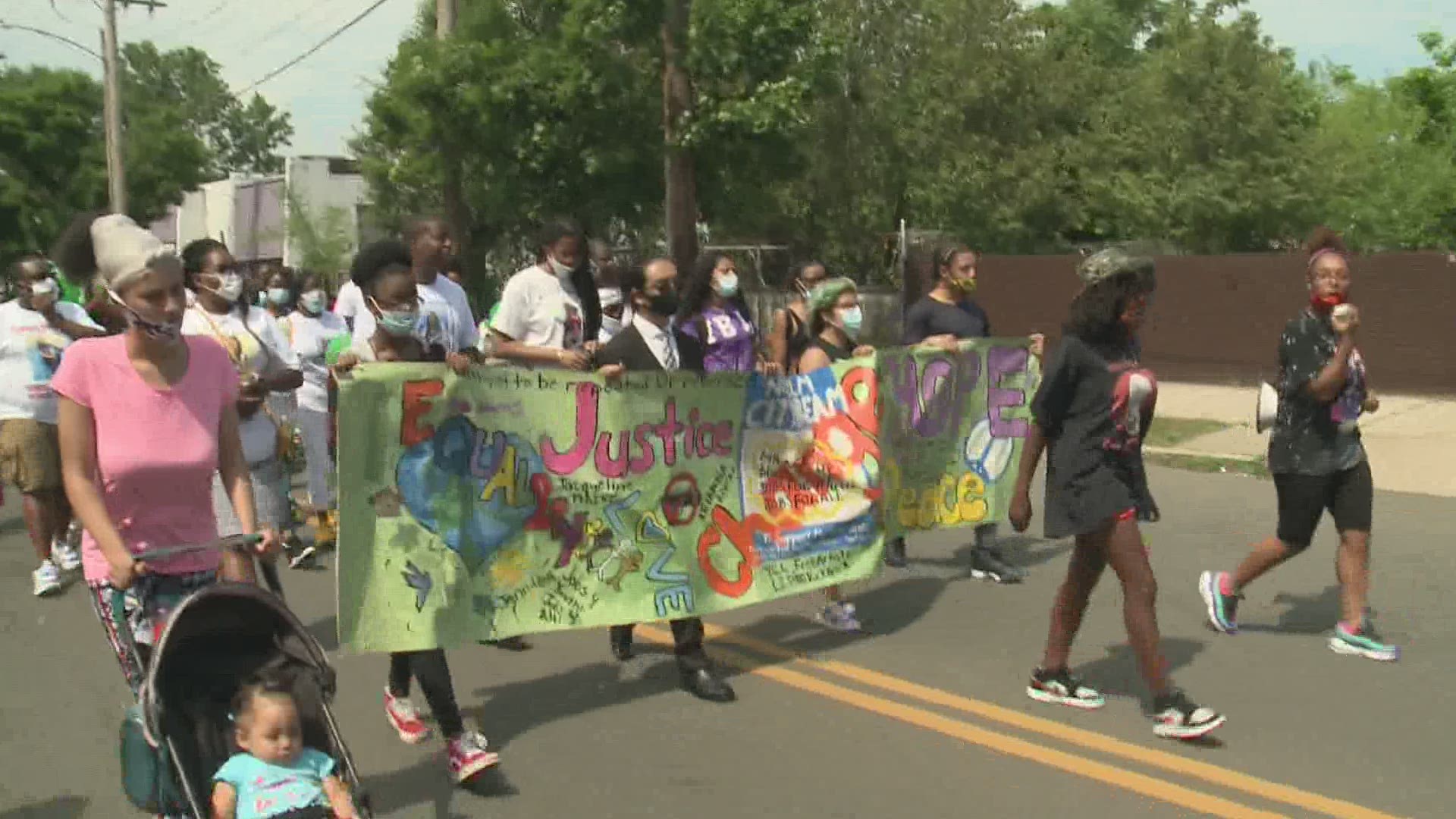 NEW HAVEN, Conn. — The mother of a young woman who was shot and killed in her sleep is speaking out, her family and friends remembering 19-year-old Kiana Brown by taking a stand against gun violence.

Karen Brown, the mother of Kiana said “I thought I had my emotions under wraps, but I’m sad because I can’t believe I’m never going to see my daughter again.”

Brown says there are just too many memories to recall when remembering her 19-year old daughter Kiana Brown.

Brown passed away around 4 a.m. June 17th after police say she was sleeping on the couch when a bullet suddenly went through the home, killing Brown.

Karen said, “It was a freak accident… someone was shooting and the bullet went through the house hit the table and hit her while she was sleeping on the couch."

While police are still investigating the shooting community members gathered not only to remember Kiana, but take a stand against gun violence.

Ronisha Moore who is an organizer with “Ice the Beef” said, “It’s crazy that people could just take somebody’s life like that like you don’t think a gun... doesn’t have a bullet on its name.”

Ice the Beef is a local organization that works against gun violence in the Elm City.

Karen Brown says seeing the community come together for her daughter brings hope for change as many marched chanting, but even as crowds marched every mind was on one person not in attendance... Kiana

Moore said, “Everybody be like she had a good vibe and I knew every-time she walked down the hall it was always good vibes.

Karen also sharing memories of Brown said, “She was the life of the party, everyone loved her they are going to miss their dance instructor because she always taught everybody the latest dance moves.

The investigation is still on-going, but police encourage anyone with information to contact them immediately.